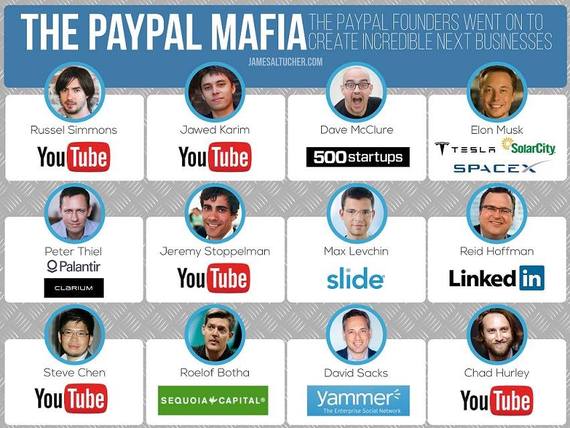 I love you so I don't want you to do these things. Save the world instead.

A) IGNORING THE "SIX MONTH RULE"

I was on the board of a business where we all got the financials for that month and realized that the company had six months of cash in the bank.

I called the CEO. He said, "no problem. We have six months. I'll raise money a long time before then and we have some big potential customer deals."

You are already out of business if you just have six months cash left.

Raising money takes AT LEAST six months from beginning to end. And that's if you have a great company.

There's meeting VCs, pitching, due diligence, legal, and then the final funding, which by itself is around a month.

We ended up going into emergency mode. Stopping all development. Hired a bank to sell the company. And the company sold when it had about 3 hours worth of cash left. The CEO left with millions but was three hours from going broke and almost didn't know it.

QUESTION: Does the 6 months rule apply to artists?

Yesterday someone said to me: I'm going to quit my job and write. I know I will get published if I can just focus on the writing.

This person will lose.

Nobody is waiting for your magnum opus. And you need money in the bank. And work is often fuel for stories.

Or it gets you motivated. As in: "Ugh, I hate this job so much I better write as good as possible."

Don't be a baby. Get six months cash in the bank. That's the first taste of freedom. Don't go below that.

B) ENTREPRENEURS SMOKE TOO MUCH CRACK

We have a cognitive bias to think that our shit doesn't stink.

One time I was starting a business and I realized about halfway through development of the product that I had 5 competitors.

My developers in Bangalore cheered me up. "Don't worry. We'll just make yours better."

But every day I had to ask, "am I really making it better? Is this really a feature I would use? Is this feature better than the features on all the other sites?"

We went into feature overload but it was worth it. We sold the business a few months before the market peaked. All of our competitors went out of business.

You have to ask every day, "Am I smoking crack?" Because otherwise your bias is to say, "I have the best business in the world. We can never go out of business."

Of course. We're all crack smokers all the time.

Scott Adams, of Dilbert fame, told me when he was a loan office that his boss told him,"Never lend money to anyone who says they love what they do."

The reason: because passion is crack. It blinds you to the faults of your art, your product, your business, your friends, etc.

It's really hard. Even now I smoke crack. I look at opportunities every day and they all sound so exciting. Crack crack crack. Mmmm!

Run it by someone who doesn't care about what you do. They can say, "you're smoking crack" or at least ask the right questions.

Your business partner is your worst enemy.

He's worse than your competitors because you are more likely to fail because of a partner than a competitor.

In my first business, I gave a partner 10% of the business. Then a day later he quit to write a TV show for MTV. I don't blame him. Heck, I wanted to work for him.

But it was not fun. We had to borrow money to buy him out. It put stress on everyone and I was blamed for inviting him into the company in the first place.

I just had an investment get sold at a low price. The main problem: the partners disagreed.

Sometimes you need to hire people.

Once you hire them, you can't fire them.

Are you sure you aren't hiring them for a task you can do yourself. For instance, you don't need a secretary to book your plane flights and make restaurant reservations. Do it yourself.

Or sales. The founder should be the sales guy for the first $10 million in revenues.

Don't hire 5 programmers. Studies show the difference between a good programmer and a bad one is about 10:1.

So hire one great one and pay double what you would pay individually to 5 mediocre programmers.

If someone is not A+, then they are an F. They might later be an A+. But don't hire at all if your only choices are Fs.

And don't hire if you don't have six months cash in the bank to support the hire.

Should you be a C-Corp or an S-Corp?

Should you have a logo and a mission statement?

I don't think I incorporated my second successful business until the day before we were sold. And I don't know if we ever had a logo or business cards. I forget.

The only things to worry about: is the product helping people? And do I have more than six months cash in the bank?

And constantly asking yourself if you are smoking crack on the two questions above.

What can go wrong, for instance, that can bring you under six months cash in the bank? Who would you fire then?

These are things worth worrying about.

There's a myth that entrepreneurs are risk takers. This is MBA Crack.

That's why 85% of entrepreneurs fail. They believed that myth. They were told all of their lives they were "bulldogs" and can survive anything.

A friend of mine had a great idea for a business. Protein water. Clear water that had 10 grams of protein in it. High quality protein. Good to drink after workouts. Etc.

But he never tested if people would actually buy it.

Put an ad up on Facebook. "Clear protein water. 10 grams 0 calories." If they click, send them to a page describing the benefits and putting them on an email list.

If nobody clicks. Move on.

My friend went out of business.

Going out of business is not a "learning experience". It's really painful. You feel like dying.

It's the ugliest thing in the world next to the item I'm about to describe.

Believe it or not, I see this all the time.

A CEO gets, literally, cocky, and starts fooling around with employees. This is death to the business.

I wish I could've gotten back my money the second I found out each time a CEO was cheating on his wife (or her husband).

Not that they are so untrustworthy. That's not the reason. I don't judge and I don't know what goes on in people's lives.

But it just means that they are going to go through a world of personal shit that I don't want to have to deal with as an investor. It will take their focus off the business.

Save it for after you cash out. You can lose all your money then but I get to keep mine.

H) THEY FORGET THEIR LOYALTIES

Being an entrepreneur largely sucks.

When you're an employee, you do what your boss says and you help your colleagues and you leave your work in the office at the end of the day.

When you're an entrepreneur you have to:

All of the above are your bosses 24 hours a day. Meanwhile, you're CEO, Head of Sales, Head of Marketing, and project manager for all projects until you are fully off the ground.

What does "off the ground" mean? It doesn't mean have six months cash in the bank. That's just treading water.

It means you have two years of cash in the bank with stable customers.

By the way, does this question apply to artists and writers?

Of course. I write. "Customers" are readers. And I have to work with marketers, designers, researchers, Amazon, other writers, podcasters, speaking channels, mentors, and alternative marketing channels.

This means constant communication. I write in the morning. And then do "business" in the afternoon.

You need to touch these people in some way each day.

I always ask people about their competitors. You know what the worst answer is? "They suck."

You know what the best answer is? "Oh yeah, I just had breakfast with the CEO of my biggest competitor."

You and I, we are here for a long time. We're all going to grow up in business together.

They might buy your company after their company is bought. And then they might be your employees again.

We learn and get ideas from each other.

PayPal (Peter Thiel) and X.com (Elon Musk) would constantly try to one-up each. Until they merged. Then their biggest competitor (Ebay) bought them.

Francis Ford Coppola and Martin Scorsese pushed each other all through the 70s and 80s. When one did the Godfather, the other would do Taxi Driver. When one did The Cotton Club, the other did the Colour of Money.

Did they hate each other? Of course not. Scorsese even wrote the music for Coppola's film "The Outsiders" and they teamed up on "New York Stories" (with Woody Allen).

Your competitors are your scene. You will know each other for 50 years. Respect!

The entrepreneurs that I see burn out and disappear are the ones who never built community and friendship around them with their peers.

J) I have a "J" and I wrote about it Monday. It's Over Promise and Over Deliver. But I have a good story for this one so I'm going to think about it a little more and save it.

I want people to succeed. Because then there's that magic moment when you know, "this is it. This is really going to work."

And that moment feels really good. I see it on people. Their lives change.

I recently watched a business I'm involved in go from $0 in revenues to over $10,000,000 and profitable within 8 months. Now they can plan for the future.

Plan for new products that can help people. And they get thank you letters every day from the people they are already helping.

In many cases, those letters are from competitors because they work together on projects.

And in some cases, the letters are from shareholders asking for help.

Once they are over that first hump, a new set of problems arise. But that's for another article.

Today I'm going to visit with Susan Cain, author of "Quiet", to interview her for my podcast.

I'm feeling a bit shy about it. Like, should I be more quiet than she is? Should I look at my feet? Podcasting is part of my business. I want each interview to save lives. That's how much crack I smoke.

Artist or employee or entrepreneur, ask every night, "Who did I help today". This will help you avoid the problems above.

And if you fail, please don't kill yourself. You can try again.