It's been five years since President Obama signed the Dodd-Frank financial reform act on July 21, 2010, saying the law would "lead all of us to a stronger, more prosperous future." Despite some positive steps, that promise remains largely unfulfilled. 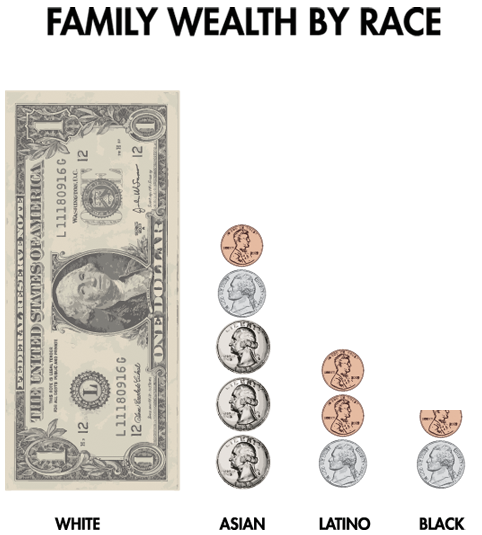 I say that even though my organization supported Dodd-Frank, as did many other advocates concerned about disadvantaged communities, financial reform and consumer protection.

But, as my colleague Orson Aguilar wrote recently, "Today, the big banks are even bigger, former Congressman Frank sits on a bank board, and former Attorney General Eric Holder now represents the same big banks he said he couldn't prosecute because they had 'become so large.'" Dodd-Frank did produce some real benefits, but its potential to prevent another financial calamity for the millions of workers who live paycheck to paycheck remains largely unfulfilled.

The law's biggest achievement by far is the Consumer Financial Protection Bureau -- the first federal agency whose sole purpose is to protect consumers from unscrupulous lenders and financial businesses. Under the leadership of Richard Cordray, CFPB has been smart and effective in addressing issues that affect millions of Americans, from mortgage disclosures to credit card abuses, student loans and payday lending. Today CFPB remains under relentless attack by Wall Street and its servants in Congress, which shows just how strong it's been.

Most of us who supported Dodd-Frank understood its limitations. Many of us would have preferred tougher action against "too big to fail" banks and a revival of the Glass-Steagall Act, which used to keep speculative investment banking separate from the everyday world of savings, checking and mortgages. We certainly hoped for more help for those hardest hit by the great recession and stronger measures to make banks responsive to their communities, including an updated Community Reinvestment Act.

We didn't get those things in the final bill, but saw a ray of hope in Section 342 of the law, which created Offices of Minority and Women Inclusion (OMWIs) in 20 federal financial regulatory agencies. If the question of diversity in the banking industry and the regulatory agencies that oversee it seems like a side issue, it's not. The worst predatory lending during the bubble was directed at communities of color, who suffered the most catastrophic losses of wealth during the downturn. Regulators and financial industry executives alike seemed to have little idea of what was happening in these communities, leaving them ill-equipped to anticipate the crisis and reduce its impact.

If the banking industry is to avoid the pitfalls that led to the 2008 collapse, both regulators and financial institutions need to hear the perspectives and experiences of diverse communities. You can't avoid a trap you don't see, and you can't see what's coming if you don't know where to look. During the bubble, no one was looking because those voices weren't in the room.

Section 342 of Dodd-Frank directed the OMWIs to create standards to diversify the financial sector's hiring and contracting - not quotas, but a set of metrics to measure progress and a system for reporting and tracking that progress. State agencies like the California Public Utilities Commission have shown that simply creating transparency pushes companies to be more diverse and inclusive. Indeed, a simple program under which regulated utility and telecommunications companies report their level of contracting with minority-owned firms has led to a boom in such contracting.

Sadly, the OMWIs totally dropped the ball. Instead of standards, they produced what's basically a list of suggestions. Instead of clear reporting and transparency, they left it to the banks to decide whether to report, what to report, and when to report -- sort of like your teacher telling you that final exams are voluntary, and if you feel like taking one you can write it and grade it yourself.

Why such weakness? Perhaps because the regulatory agencies themselves are shockingly non-diverse and remember the proverb about residents of glass houses not throwing stones. In any case, this is still unfinished business in need of attention.

Our nation's income and wealth gaps have grown to historic proportions since the signing of Dodd-Frank, with inequality especially growing across racial and ethnic lines. The typical black household today has just six percent of the wealth of the typical white household, while the typical Latino household has just eight percent, according a recent Brandeis University study, "The Racial Wealth Gap: Why Policy Matters." The authors argue that this growing gap is largely the result of policies, especially those related to homeownership and the overall lack of assets by millions of American families. They note bluntly, "Discriminatory lending practices persist to this day."

Problems created by bad policy choices can be fixed by better choices, if we have the courage to make them. President Obama's statement that the passage of Dodd-Frank would lead to "accountability and responsibility" from the financial sector rings hollow to the millions of Americans left unequipped to deal with another recession due to their lack of wealth and disconnection from a financial system that seems to ignore them. Without minimizing the good work done by the CFPB, Dodd-Frank's failures still leave the economy at risk of another financial calamity that would hurt these families the most.