The Financial Times' Niall Ferguson Tuesday compared President Obama to Felix the Cat, saying that, like Obama, the cartoon cat was black and lucky.

The lede of Ferguson's column reads:

President Barack Obama reminds me of Felix the Cat. One of the best-loved cartoon characters of the 1920s, Felix was not only black. He was also very, very lucky. And that pretty much sums up the 44th president of the US as he takes a well-earned summer break after just over six months in the world's biggest and toughest job.

In February, the New York Post came under fire for appearing to compare President Obama to a chimp in a cartoon decrying the stimulus bill. Ferguson's column was accompanied by a cartoon and caption that read, "Felix the Cat, the wonderful, wonderful cat! Whenever he gets in a fix, he reaches into his bag of tricks!" 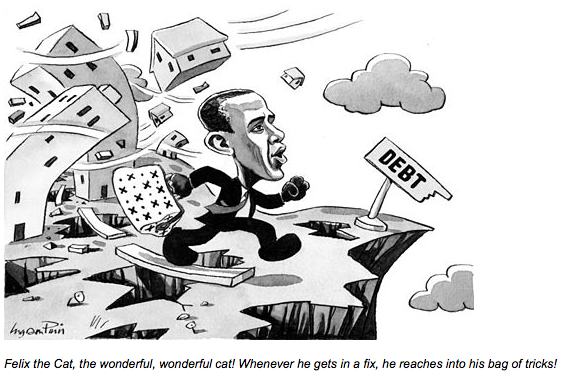