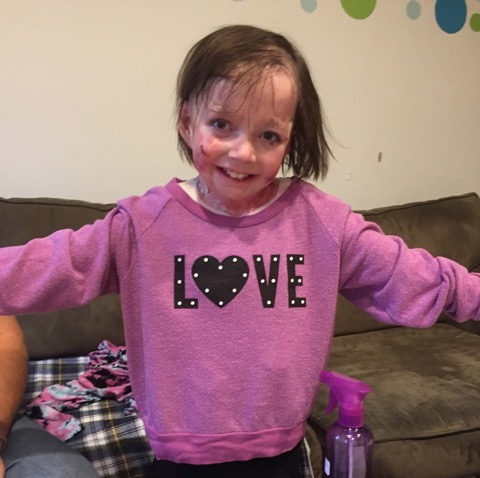 Jackie Kopelan braces herself as she pulls up to her daughter Rafi's elementary school at the end of the day. The questions that have plagued her all day continue in a constant loop: How does my daughter feel? How is she managing? Has she been able to suck it up today? Before long, Rafi, her funny and stubborn 8-year-old is strapped in the backseat, singing Katy Perry's "Firework" at the top of her lungs.

Jackie breathes a sigh of relief. She lets herself relax and enjoy her daughter's happiness, if only for a moment. Despite enduring what has already been an exhausting day, the hardest part is yet to come.

Rafi was born with Epidermolysis Bullosa (EB), a rare genetic connective tissue disorder that results in extremely fragile skin and blistering. Even the slightest contact can tear the skin or cause blistering.

Rafi's subtype, Recessive Dystrophic EB, is one of the most severe. Her body is covered in what resembles third-degree burns, and she suffers from a dizzying list of additional complications: missing fingernails and toenails; fused toes and partially fused fingers; scarring on her cornea, leading to poor vision and dryness; dilated cardiomyopathy and anemia, draining her of energy; low hemoglobin levels that require blood infusions at least every four months; and esophageal scarring and blistering that necessitate routine surgery to help her swallow her own saliva.

"She's either in pain or uncomfortable every single minute of every single day," Jackie says. "We give her prescription pain medications every day, but this is the type of pain where no medication can take care of it. On top of that, she's incredibly anxious because of her fear of the pain."

This fear begins the second Rafi opens her eyes, before the sun even rises in her home of Ardsley, New York. She wonders if her clothes have stuck to her body overnight. She wonders how painful going to the bathroom will be, with the blistering inside her GI tract. She wonders how long brushing her teeth will take today and how much her gums will bleed. And then there's the bandaging process. Every morning Jackie or her husband, Brett, must delicately replace the bandages that cover Rafi from the neck down to avoid infection and further blistering.

When it's all over, she heads to school for a welcome break. Here, a nurse accompanies her in between classes. Adjustments inside the classroom, such as a smaller desk, enlarged worksheets and an iPad, allow Rafi to be independent while working alongside her classmates.

After school lets out, however, Rafi faces the most challenging part of her day: bath and bandage change. Five evenings a week, the top or bottom half of her bandages must be removed while she takes a sponge bath with Hibiclens, an antiseptic skin cleanser. She tries to distract herself by watching Liv & Maddie or The Wonder Years, but nothing can push the pain to the background. The process is excruciating and can take two hours. If all goes according to plan, she'll have time for a quick story before bed.

The routine starts all over again the next morning.

Despite it all, Rafi is a happy girl who enjoys playing with friends and going to Girl Scout meetings. She loves wearing dresses and wishes she could wear more headbands and hair clips. (Her RDEB also causes alopecia, sudden hair loss.) Her parents take her to the Museum of Modern Art, where she admires the paintings. At home she creates her own masterpieces with watercolor and oils, covering sheet after sheet of paper with brightly colored rainbows and butterflies. She loves science and has started a computer coding class. And a remarkable self-confidence has led her to speak in front of audiences of hundreds, and to be featured in a recent commercial campaign for debra of America, a leading EB advocacy organization. "Anything she feels confident in, she really goes crazy with," Jackie says.

At one point, Jackie and Brett didn't know if they'd see their daughter turn 1, let alone blossom into a curious and determined 8-year-old. Jackie gave birth to Rafi two weeks late in 2007 after a healthy pregnancy. When doctors discovered patches of skin missing from her feet and hands, they assumed she was simply "overcooked." But when blisters and open wounds started popping up, they placed her in the NICU. "She was wrapped in so many bandages she looked like the Michelin Man," Jackie says.

Two weeks later, the Kopelans received the devastating biopsy results. Though the life expectancy for people with EB is about 30 years, doctors warned that Rafi might not even make it a year. "It was super scary and super upsetting," Jackie says.

When Rafi was 2, the Kopelans felt they had no choice but to try a stem cell transplant. Though things initially looked promising, Rafi contracted the Epstein-Barr virus and barely survived the procedure. One part of her body now produces the collagen 7 protein she was missing, but she hasn't seen or felt the effects. The Kopelans will not risk a similar surgery again.

"There's a lot of great things on the horizon," Jackie says of EB research and drug trials. "You have to be hopeful. But most important, you have to get through every day."

For Jackie, this means staying alert to the psychological hurdles Rafi faces, like the stares of strangers. "If you ask her if she thinks she's pretty, she'll say no," Jackie says. "I feel bad that she feels that way about herself. I try to tell her that looks are not your choice, but how you treat people shows your true beauty. If you're a good person, you become prettier. It's important to give as much kindness as she gets."

According to the Kopelans, that's a lot of kindness. Their family, friends, community and school have provided overwhelming support over the years. Not surprisingly then, when the Kopelans dreamed up the idea five years ago for Rafi's Run, a 5k fun run in New York's Riverside Park to raise money for EB research, their whole support network rallied behind the cause.

This year's Rafi's Run will take place on Sunday, March 6, with the goal of raising $200,000. "I think people need to understand even little things can make a huge difference," Jackie says. "One should always be kind because you don't know what someone else might be going through. A smile can mean so much to someone."

And that one smile could be what turns a difficult day into one worth singing about.

Watch Rafi's commercial and others in the recently launched series from debra of America. Then share on social media with #ItWontHurtToWatch. (Warning: These videos contain graphic content that may be upsetting to some viewers.) 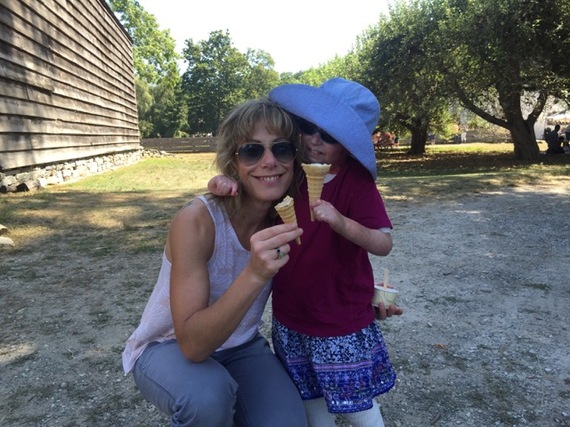