Bill Erickson owes his life to an altruistic stranger in Germany -- and the algorithm that helped find him.

Erickson, an Illinois resident, was diagnosed myelofibrosis -- a serious bone marrow disorder that disrupts the body's blood-cell production -- in 2012. Doctors said a successful bone marrow transplant was his only hope for a cure. 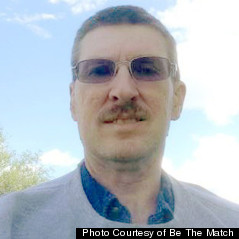 But Erickson was adopted and had no siblings to test as potential matches. In fact, 70 percent of people who need a bone marrow transplant don't have matching family donors. A donor who shares the patient's inherited tissue type is critical to transplant success. Unless the donated cells are a near-perfect genetic match, the body will reject them.

Erickson and his doctors had no time to waste. So they turned to us at Be The Match®, the world's leading nonprofit organization focused on saving lives through bone marrow and umbilical cord blood transplantation. Be The Match immediately searched its data base -- and also sent Erickson's donor request to its partner registries in other countries, which electronically communicate through the European Marrow Donor Information System (EMDIS).

EMDIS was established in 1992, by European registries and Be The Match, to establish a standard platform for international computer-based communication. Its goals: create a single, virtual international donor registry connection; help members exchange anonymous donor information as accurately, quickly and easily as they do in their home countries; and make those donors available when needed.

Using the EMDIS network, Be The Match and our international partners reciprocally respond to encrypted email requests for donor information. This global exchange gives all searching patients and their doctors' access to approximately 22.5 million adult volunteer donors worldwide, as well as 600,000 cord blood units. Cord blood, like bone marrow, is a rich source of blood-forming stem cells for transplantation.

When a member registry receives an email request for donor information, its computer system automatically applies an algorithm to scan its data bank for the best potential matches

That's how Erickson was linked with a complete stranger in Germany. Within months of his diagnosis, Erickson received his transplant. Now, more than two years later, Erickson looks forward to finally meeting and thanking his donor in person. 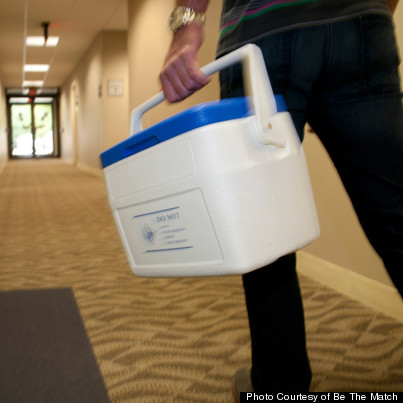 Meanwhile, the digital technology that underlies this global lifeline has significantly advanced -- just like the science of bone marrow transplantation itself. Thanks to medical research, transplant therapy today is used to treat an increasing number of devastating conditions, including blood cancers like leukemia and lymphoma, nonmalignant diseases such as sickle cell, and a variety of inherited -- and sometimes rare -- disorders.

Equal strides in computer science have spurred the development of more sophisticated algorithms to help unite critically ill patients with their ideal donors.

The algorithm we use at Be The Match incorporates predictive matching -- based on findings gleaned from post-transplant research--to more precisely determine the compatibility of donors and patients. Besides tissue type, the computer models include secondary factors, like ancestry, to quickly calculate the odds of a successful transplant.

Unfortunately, not all EMDIS members have these advanced algorithm capabilities. Some lack the funding to invest in the technology. The resulting variation in algorithms can complicate global searches, because the donor information exchanged may fall short of what's needed to determine the best odds of a match.

Searching for a solution, Be The Match and its EMDIS partners created a different concept for information sharing. Instead of constantly querying each other for donor data, member registries would proactively post all their donor information, and update it when new volunteers joined the list. Then other registries could have direct access to that information, and apply their own algorithm to get the most rapid answer for waiting patients.

With more than 22 million adult donors worldwide, EMDIS leaders recognized that handling all this data posed a major challenge. So EMDIS launched a pilot project in 2008 to share a "mirroring" inventory of cord blood units alone.

The initial goal of the EMDIS Cord Pilot Project was modest: The system would be deemed a success if any three registries could successfully exchange inventory information. Success was declared on May 15, 2013, after Be The Match and registries in Italy and France began sharing cord blood inventories using the new system. Since then, registries in Spain and Finland have joined in, and others plan to join soon.

Ultimately, the success of the pilot project will be measured by its life-saving value. It's too early to calculate those results, but indications show the system works well. One compelling statistic: When Be The Match established our connection with France, our procurement of their cord blood units doubled overnight because we had instant access to the matching information needed for our patients.

We're now focused on gaining the same transparency among adult bone marrow donors. Our ultimate goal is a single point of access in the United States for all international stem cell sources.

When that will happen is uncertain. But the pace of technological change is promising. And we're relentlessly committed to finding a matching donor and delivering a cure for every patient, everywhere.

To find out more about Be The Match and how you could be the cure, visit www.BeTheMatch.org.

Be The Match is a partner of Cisco CSR. Cisco sponsors The Huffington Post's ImpactX section.