My name is Taylor Crowe, I'm 29 years old, I have autism, and I'm an artist. I also travel the country giving presentations about what life with autism has been like for me.

I've been interested in art since I was in elementary school. As a child I loved going to art museums -- I was fascinated by the brushstrokes in the paintings. I enjoyed each artist's choice of media and how they were applied and manipulated on the paper and canvas. As I stepped away from a painting I appreciated how the details blended together into the artist's desired result.

During this time, after seeing animated cartoons on television, I became interested in how they were made. To understand animation I began making flip-books of my own. I found that with a flip-book I could draw a bird and make it seem to fly off the page, which amazed some people. It was almost like bringing a drawing to life! When I experienced success with these things, my interests in art and animation mushroomed. I also loved newspaper cartoons, and I learned that creating captions for cartoons that I had drawn helped me with my writing and language skills.

Something I didn't know until years later is that people with autism are typically very "visual" learners. This is definitely true in my case. Art became a foothold for me in a world that was confusing and socially overwhelming to me. By age nine I knew I wanted to become an artist, cartoonist or animator when I grew up.

At around age twelve I read a book about animation, and one of the first things I learned is that traditionally the background for each scene in an animated cartoon is painted only once on paper, while the movement of the characters is depicted through a series of pictures drawn over and over on clear plastic cells that are then photographed on top of the backgrounds. When I learned this, I developed a serious interest in painting.

Sometimes autism focuses an individual's interest in something to such a degree that it can actually help that person become accomplished at certain, very specific things: in my case, autism helped me develop a talent for painting. I practiced painting and became pretty good at it. I discovered that I could take something flat and make it look like you could reach out and touch it.

Because of my autism, though, I was really struggling with language and how to interact with other people as this was going on. I mostly attended "self-contained" classes in school, but art was the one mainstream class I always attended. Art became my "window on the world," my connection to the rest of the kids in school. There were lots of teachers, friends and family who encouraged my interests in art. They understood me, and did lots of things to help me overcome the influence autism had on my life.

By my teenage years I was seriously into learning about animation. I was fascinated by everything I discovered about it: the technical details, the history of how animation evolved in the world of filmmaking, and the stories of the people who created it all intrigued me. My autism allowed me to focus on animation for long periods of time, to the point that sometimes my conversations were boring to the people around me. I had lots of friends by this time, but socializing with them remained a struggle for me much of the time because I only wanted to talk about what interested me.

Yet I was fortunate in that I was good enough at art to get accepted at the California Institute of the Arts, where I studied animation all four years. Because I was around people who were interested in animation the same way I was, I could relate to them more easily and they enjoyed hearing the things I had to say about our common interests. I made new friends. Interestingly, being in this environment helped me develop my social and verbal skills to the point where it became easier for me to talk about other topics.

These days I paint mostly portraits and landscapes, but one special interest I have involves creating abstract paintings featuring hearts, which I use to express the emotions people with autism experience everyday, but that others might not understand that they have -- feelings like love, faith, hope, and joy. I've learned that paintings like these can have a strong impact on some people, much the same way that paintings had on me when I was a little kid walking through those art museums.

I still have autism. I always will. But I truly believe that with the proper help, support and encouragement, for some people autism isn't always a disability, it's more of an inconvenience.

Taylor Crowe is an artist and inspirational speaker on the subject of living with autism. His personal Web site is www.taylorcrowe.com. The opinions expressed here are the author's own.

Finding a Way Through Autism and to Art
Taylor Crowe's Work 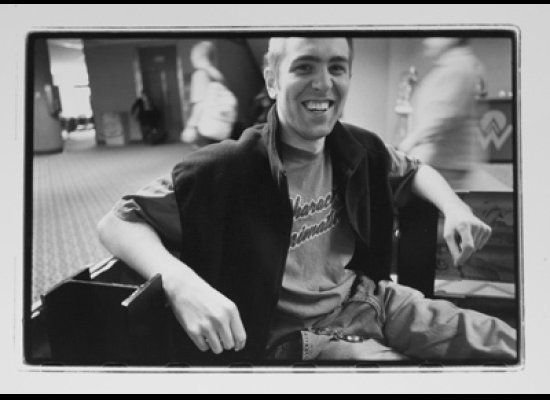