There's something about saying yes right away, without overthinking that makes me not want to change my mind, Yes propels you forward, cannonballs you into life. And life, with its flash floods, push-ups, and bugs, is exactly what I don't want to miss.

When I was in my 20s I would seek out fun and adventure like an infrared camera. If there was any movement nearby, I'd catch it. Finding adventure was easy: trapeze school, renting a ski house with friends (though I didn't have much experience on skis), salsa clubs, operas at Lincoln Center. New restaurants, new people, new experiences? YES! Heck, every Friday I'd pack my small suitcase and head to New York City after work for a weekend of whatever came. Like the post office, "neither snow nor rain nor heat nor gloom of night" could have stopped me in those days. These days, if I look out of the window and even think it might rain, I cancel my plans and change into yoga pants in favor of Netflix and chilling - the real kind with an actual movie and lots of wine. 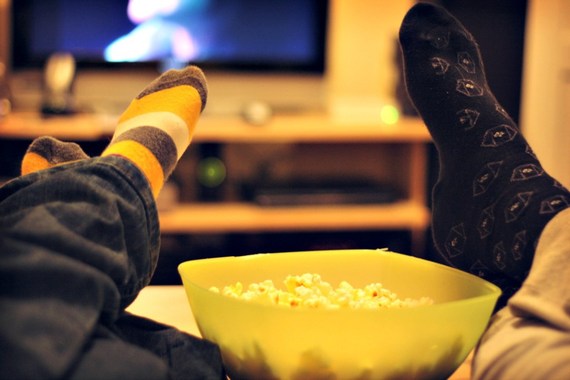 I don't want to blame my kids for my adventureless nature the past few years, but, well, having kids made me less adventuresome.

I'll skip over the suffocating fear that has buried itself into my mom-existence of all of the bad things that could happen and I'll also skip the "kids are an adventure too" talk because of course they are but it's different from the yesteryear kind of adventure when you could do anything on a whim, with a this moment kind of freedom. This moment freedom doesn't exist with kids. Just try saying "Hey! Let's go do this right now" and watch one kid drop a 102-degree fever like it's hot and the other have explosive diarrhea at that exact moment. It is the Murphy's Law of Kids. Right now turns into an hour and a half later when you have to dress two kids, brush their teeth, comb yogurt out of their hair and then dress yourself, brush your teeth, and comb yogurt out of your hair. Don't forget to pack the diaper bag, the toy bag, and some snacks. Crap! You have to walk the dogs. And when you come back from your brisk walk with the dogs - in which now you're sweating - one kid has to - yes, of course - pee. Right now has just been replaced with maybe later or, its close cousin, maybe never. Maybe later has become the new black and is there a bigger buzzkill for adventure than indifference?

So how do we go about finding adventure again once we have kids? I have a few suggestions but I'll start with what I think is the biggest and most important: 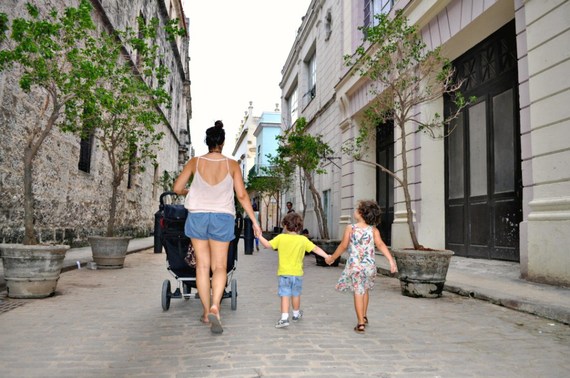 It all starts here.

Having kids didn't kill our adventure gene, it just made it easier to find the "buts" - but I'm tired, but the baby's sick, but the packing, the money, the routine, the fill in the blank. These are all good excuses, but nonetheless, excuses. So stop. Stop talking yourself out of it and say yes to the packing. Yes to spending money for an experience that you and your kids will remember. Yes to the upset of routine. Yes to the possibility of something going wrong because that also means you're saying yes to the possibility of it going right.

A few more ideas to help you get started:

Start small and start easy. Don't chop down the whole tree if you just want one apple. The go-big-or-go-home, rip-off-the-band-aid deal doesn't always work and sometimes leaves you feeling overwhelmed. Instead of taking one step forward, you have taken three steps back and less likely to say yes again next time. So think smaller for now. If your kids are young, hiking the Santiago de Compostela pilgrimage is probably a terrible idea but a small hike around a nearby park for an hour or two is a great start.

The Yes Position. . I don't want to learn to scuba dive, skydive, or dive into a pool. It seems any kind of diving puts me in a place of NO. Actually, a place of hell no. But renting an ATV? That's a strong affirmative. Now, I'm putting myself in a position of yes. Once you've gotten a taste for adventure again, you can start diversifying but for now just put yourself in the best possible place to start. 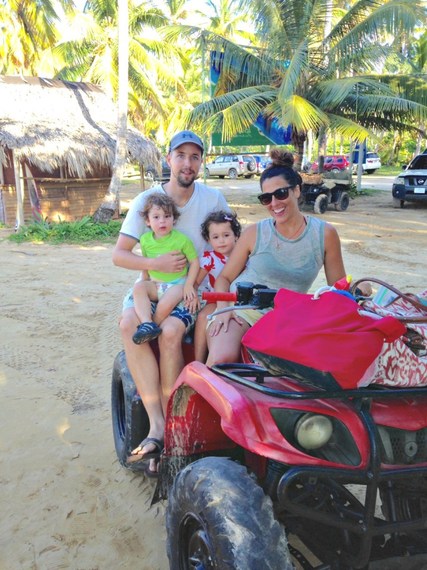 Know YOU. Camping in general, let alone camping with kids, sounds super unappealing to me. But "glamping," a camping experience with a more glamorous feel sounds magical. I'd try that.

Recycle and reuse. I used to like getting gussied up and going to the opera and feeling fancy. Would doing that with kids be an abysmal disaster? Certainly. But a Play in the Park or an open-air concert in the park probably wouldn't be. Think about the things you used to like and then think about how to breathe new kid-friendly, yogurt breath into it.

Forget the adventure label. Don't forget that adventures are about having fun and what makes a fun adventure for you may not be that for others. Adventure is personal. Don't think adventuring has to involve climbing, dodging, running, hiking, or dashing. Sometimes exploring a new park or discovering a new city could be as great an adventure as hiking the Appalachian.

Give them some credit. Kids are adaptable but we have to let them be. We become so used to being our kids' protectors that we forget they are capable, little humans who can do more than we think they can.

You never know. They may just be up for some adventure too. 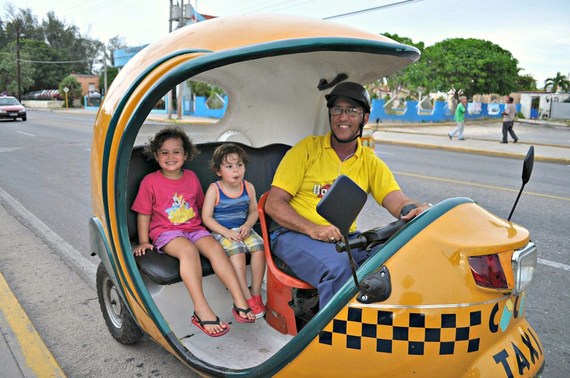 This was originally published on Drinking the Whole Bottle where I am slowly working through asking myself Oprah Magazine's April 2014 "20 Questions Every Woman Should Ask Themselves." This is question 7 of 20: Do I Say Yes Enough? Cheers along with DTWB on Instagram or Facebook.

Storyteller, island wife-mom, expat, and author of Drinking the Whole Bottle - a site about uncorking life, swallowing it up, and savoring every drop.