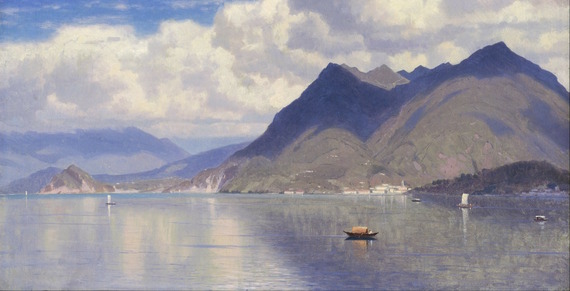 I've been hiding a secret from my new friends for years. And by new friends, I mean the people I've met in New York City since 2010. On the small Caribbean island where I was raised, it's impossible to hide anything, much less your family life. Truths and untruths spread like the breeding of mosquitos after a hard rain. But in this big city, it's easy to say little, switch the subject, or just lie. I've learned how to do it well.

That's why I've never publicly revealed my secret. It was too easy to keep it safe.

But I can say it now.

My mother died almost six years ago, after just five short weeks of mysterious misery. I never thought I would lose her at 61 to something so rare it only affects one in a million people.

Growing up, my mother's life seemed like a fairy tale. Right out of college, she moved to St. Maarten with the intent of traveling the world, getting out of the cold winters in Chicago. Working in a tropical resort at that time was bliss. St. Maarten was remote and barely what it is today--in the 70s the tourist traffic was minimal.

Later on, she worked as a teacher, and in the summers, she traveled to Chicago for the regular checkups that women who are aging are advised to schedule. Mammograms, colonoscopies, skin checks, teeth cleanings, blood work--she was diligent with her health care. And the results were always normal.

I don't know exactly when her symptoms started, but I'll never forget the day she told me she was sick. It was June of 2010 and I was sitting outside in the blinding light of the Hamptons sun when I saw "Mom" calling on my Blackberry. She sounded strange.

"Are--are you OK?" I asked her. Her voice was low and I could sense the concern in her tone. My father was in Austria so she was alone.

"I think I need to come to New York. I'm not feeling that well," she replied.

Fearing the worst, a thousand worries stung my mind, but I couldn't get any words out. Was she dying? was a paranoid reaction, but I never seriously thought it could be true.

She calmed me down, concluding that she may have had a series of small strokes just as her father had had. Though not words I wanted to hear, I felt a bit relieved. Opa was in his late 90s, alive, and well.

If only her words had been true, I would have been happy with that outcome. It's all relative. When you don't know the options of illness, you can't compare them to anything.

When word of her illness reached people back home, the questions followed.

"What even is that?"

My mother had a rare disease called Creutzfeldt-Jakob Disease. A prion disease, it can best be described as something that puts holes in your brain, until you can do nothing else but the involuntary--breathe. No words, no movements--a vegetable of a person leaving loved ones to wonder if anything is still going on in the mind. A horrific, unexplainable condition that leaves even experts puzzled.

But, it wasn't the questions old friends asked about the disease that led me to develop this secret from those who were now close to me but unaware of what was happening in my family.

It was the way their reactions made me feel. They couldn't relate, so what I got from them were blank stares, filled with pity, even shock. But no real connection; I felt like my grief was rejected because it wasn't understood. I couldn't bear to explain to another person what had happened. I became jealous of the people who had loved ones who died of cancer. As bad as it sounds, I wished my mother had had cancer, or died in a car accident, or even had a heart attack or stroke as she'd thought. I wanted to be able to relate to someone. Anyone. It's not that I planned to keep my mother's death a secret, but I wanted someone to reply, "Oh I've heard of that; I know what you're going through."

But no one had ever heard of CJD. So when my recent friends started asking me if my parents still lived on St. Maarten, I just answered "yes." And yes turned into stories of my mother still teaching and visiting me in New York. And yes turned into "yes" for every question someone asked me. I didn't offer lies, but if someone asked, I couldn't tell the story again of how my mother was dead from something I still didn't understand. But I could say "yes."

The thoughts were powerful, comforting me, making me feel better each time I misled people to believe my mother was alive and well. It kept her alive in my mind, too. After a while, I was scared to let go of the web of lies I had spun. Would acknowledging her death mean forgetting her altogether?

In the face of this fear, I learned something last year. It wasn't an epiphany or something someone had to tell me. After all the years of wishing my mother had died from something more relatable, I learned that what was relatable was not the disease, but the human connection to the end result: death.

No matter how someone passes, they still go. They are still gone. We cannot have them back no matter how much we pretend they are still alive. But we can find solace with each other if we give up the fear of facing our own reality.

When I close my eyes, I can see my mother's smile. I can hear her voice. I don't need to pretend she is still alive because people do understand my reasons for grieving; they understand death no matter what form it takes.

My mother was a very private person, but something about her story I think she wants me to tell. She died from a rare disease. You may have had a loved one who died from something not so rare. We aren't different. We share the human connection--we share a common grief.

Women The Power Of Humanity Author Grief Death and Dying