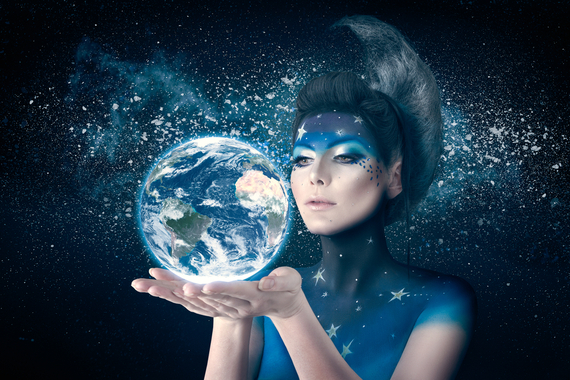 By Dr. Angel Morgan via DreamsCloud

Every day I am reminded of the most amazing, transformative and sometimes unusual ways that dreams can reveal valuable treasures to those who pay attention to them.

For example, Dr. Matt Stewart recently explained to me how he compares his dreams to the names of racehorses to help him choose which ones to bet on. Using his creative writing skills, he works with the imagery and metaphors he logs from his dreams--then compares this language with the names of the horses. Using this technique, quite often, the ones he's picked have won. Over the past 3 years, he has picked 395 horses that finished in the top 3 spots! (1)

The divining aspect of dream creativity was once compared to the Ancient Greek Oracle of Delphi by Dr. Rollo May (2). He believed that with dreams, just as with oracles, rather than just receiving them passively, it is up to each individual to live and breathe into the messages received from them. Then we can decide how to act on them, and what to create. Living and breathing into a dream's message usually happens right around the logging (and often sharing) phase.

We now know that accessing dreams as a source for creativity is nothing new. Since ancient times, writers, artists, musicians, scientists, and a variety of people from other professions have logged their dreams and/or shared them, then acted upon them creatively in waking life (3).

Dreams have inspired great literary works that date back as far as The Epic of Gilgamesh, The Iliad, and The Odyssey (4). They inspired Mary Shelley's Frankenstein, Robert Louis Stevenson's The Strange Case of Dr. Jekyll and Mr. Hyde, Jean Cocteau's plays, Edgar Allen Poe's short stories, and Jack Kerouac's novels (5).

More recently, pop literature is full of dream inspired writing, whether you love it or not, from Harry Potter (6) to Twilight (7). 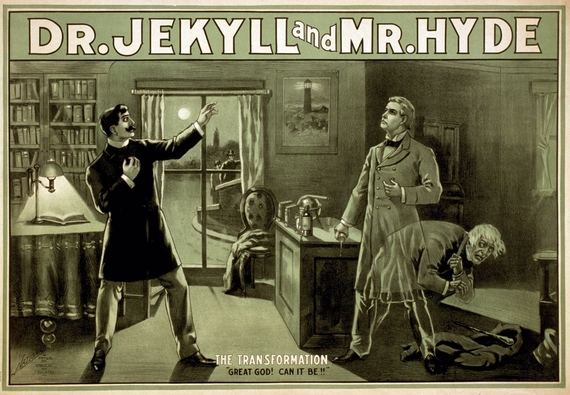 Many talented artists, as well as everyday creative people (8) have said they feel the same kind of freedom to explore their emotions in dreams, that they do when they have an encounter with the artistic process. It's only natural then that so many people connect the two by first logging their dreams, then drawing on the raw emotional content and imagery from their dream experiences to feed their art.

Examples of this extend beyond the works of Salvador Dali, Frida Kahlo, and the entire Surrealist movement. In fact, over 1,000 pieces of dream-inspired art from the 20th century alone have been archived in Gamwell's impressive collection, Dreams 1900-2000: Science, art, and the unconscious mind (9). 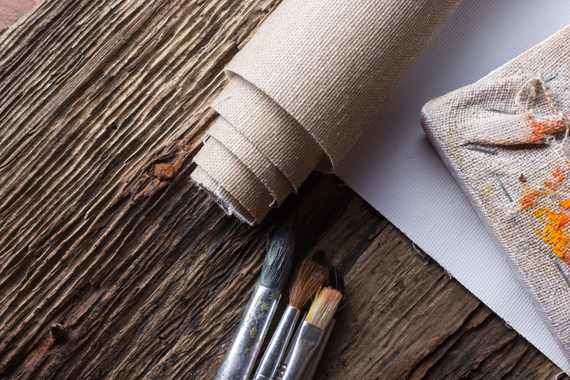 What do Mozart, Beethoven, Handel, Wagner, Schumann (5) Tartini, and Stravinsky (10) have in common? They have all pointed to their dreams as their source of inspiration! You may have read by now, that Paul McCartney heard the melody for "Yesterday" in a dream.

Dreams have also been the source of inspiration for songs by John Lennon, Johnny Cash, Billy Joel, Shawn Colvin, Rory Block, and Sting (11). To name a few. 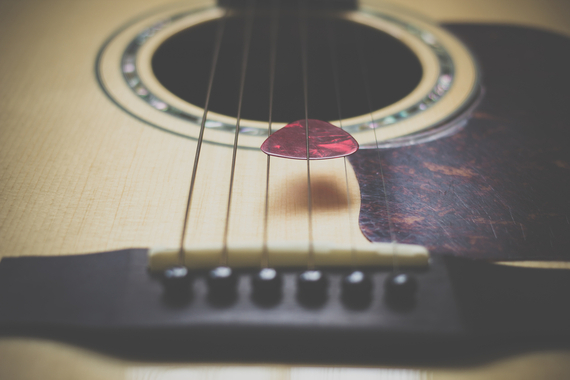 One of our favorite ways to express dream creativity these days is through moving pictures. Watching a movie (similarly to lucid dreaming), offers us the sensation of feeling awake in a dream. No wonder it makes such good business! Before WWI, more than 200 French and American silent films included dreams in them (9). From Charlie Chaplin's The Gold Rush, to Christopher Nolan's Inception, there are currently 94 dream related films and documentaries catalogued in Dream Videophile by Deirdre Barrett: Index of Films and Documentaries (12).

If you watch television, you may have noticed how many 21st century shows on TV either address dreams in the dialogue, or attempt to artistically translate them! 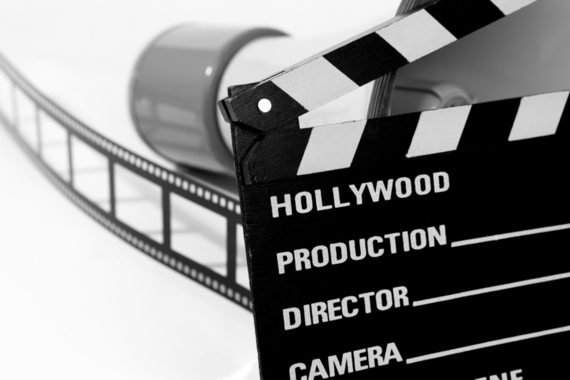 What do Rene Descartes (3), Dmitry Mendeleyev, Frederick Banting, and Einstein (5) have in common? Each logged and acted on extremely important dreams that informed each of their scientific breakthroughs.

Respectively: writings on the foundations of an admirable science, how to arrange the periodic table of the elements, how to use insulin to treat diabetes, and the theory of relativity. 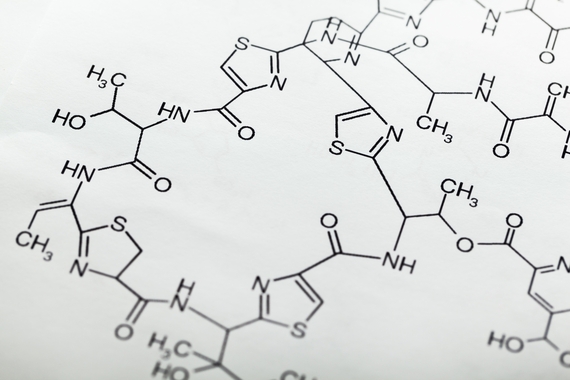 In the early 1900s, Madam C.J. Walker became the first African American, female self-made millionaire (13). With a scalp infection that made her lose most of her hair, she paid attention to a dream she had in which a large black man told her the solution. Some of the ingredients were from Africa, so she sent away for them and followed the recipe from her dream--which made her hair grow in strong, so she decided to sell it.

Google cofounder Larry Page, had a vivid dream that led to the invention of the World's largest search engine we now use as a verb. He once said during a University of Michigan commencement address:

"You know what it's like to wake up in the middle of the night with a vivid dream? And you know how, if you don't have a pencil and pad by the bed to write it down, it will be completely gone the next morning?

Well, I had one of those dreams when I was 23. When I suddenly woke up, I was thinking: what if we could download the whole web, and just keep the links and... I grabbed a pen and started writing! Sometimes it is important to wake up and stop dreaming. 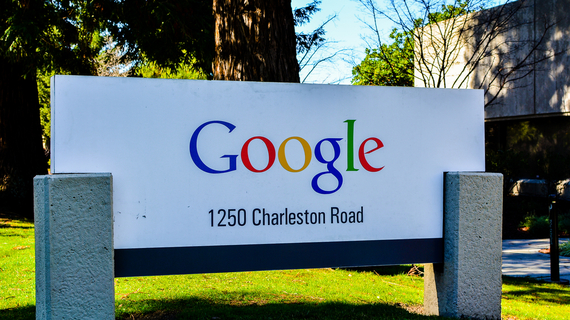 How does this apply to you? One study by Schredl and Erlacher (15) suggested that about 8% of all dreams by "ordinary" people stimulate waking life creativity. So whether you are considered an eminent creator or not, it's a good idea to log your dreams, spend some time with them, and figure out the best way to act on them in waking life.

If something that felt like the next "Google" surfaced in your dreams...would you pay attention to it and write it down? Logging and then acting on creative dreams are a great way to avoid missed opportunities. Of course, not every creative dream manifests in waking life as a 'sure bet' (1) and not every creative dream will be Google. The only way to find out what your dreams truly have to offer your creative life is if you first start out by logging, and then acting on them.

(3) Morgan, A. K. (2011). Investigating experienced links between dreams and
creativity in the work of professional creative artists. (Doctoral dissertation). ProQuest/UMI. (Publication No. AAT 3454126).
Retrieved from http://www.academia.edu/924977/Investigating_experienced_links_between_dreams_and_creativity_in_the_work_of_professional_creative_artists

(5) Van de Castle, R. (1994). Our dreaming mind: A sweeping exploration of the
role that dreams have played in politics, art, religion, and psychology,
from ancient civilizations to the present day. New York, NY: Ballantine.

(10) Barrett, D. (2001). The committee of sleep: How artists, scientists, and
athletes use their dreams for creative problem solving--and how you can too. (1st ed.). New York, NY: Crown Publishers.

(12) International Association for the Study of Dreams. (2013). Dream
Videophile by Deirdre Barrett: Index of Films and Documentaries. Retrieved from http://www.asdreams.org/videofil.htm