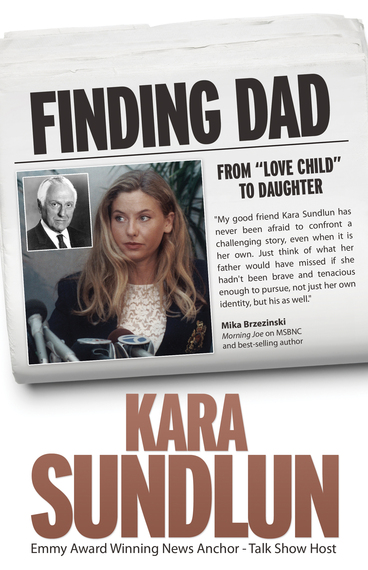 When Kara Hewes was 13-years-old she awoke in the middle of the night, confronted by the image of her father -- Bruce Sundlun -- on the television screen, while a CNN news anchor announced the results of the 1988 gubernatorial election in Rhode Island, in which he'd run and lost. (He would later win and serve for two terms). The thing was, Kara had never met her father. She only knew his name and that he'd paid her mother a small lump sum of money when she was born to ensure their paths would never cross. But that no longer mattered to Kara. As soon as she'd laid eyes on him she knew her life would be incomplete until she connected with her other half.

Still, an easy pursuit it was not. Letters and phone calls went unanswered, culminating in a bold move -- a press conference to announce that she was filing a paternity suit against the man she wanted to call "Dad." The man who refused to acknowledge their genetic affiliation. Until, seemingly, out of nowhere he changed his mind. And Kara -- now an Emmy Award winning journalist, news anchor, and host of the daytime talk show Better Connecticut -- was invited to live with her father for the summer and, ultimately, come to occupy a very special and unique place in his heart. In her emotionally gripping new memoir Finding Dad, Kara chronicles her experiences from that fateful day in 1988 through Bruce Sundlun's passing in 2011 when she was able to say goodbye with the peace of mind that she'd not only known her father, but had been loved and accepted by him. 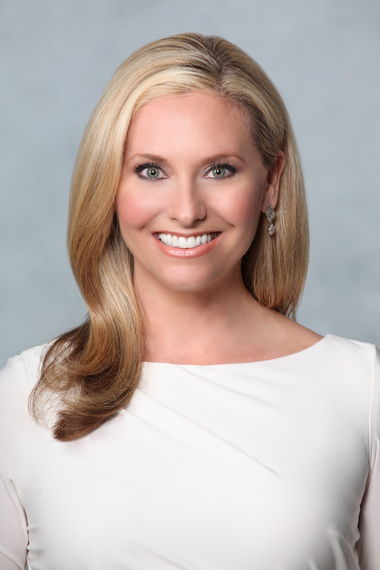 How did it feel when you saw your dad on television for the first time as a young teenager?

I call it "The Awakening," which is why I titled the first chapter in the book that. I'd never seen a picture of him before, and something inside of me changed. He was finally real to me. And I thought, if he's real, I can find him.

In the book you say that you refused to believe that your father didn't want you, but only that he'd rejected your mother -- even after you'd contacted him as an adult and he'd rebuffed your advances. Why?

There was a voice inside of me that said, "keep going." It was a deeper, wiser part of me and, somehow, I knew that if I listened everything would work out. This burning need to meet him outweighed all of the risks involved. And when we did end up meeting, secretly, for the first time -- while it may not have been the warmest meeting -- there was an instant connection.

You also wrote that you never felt good enough. You, not only, longed for his acceptance, but you were desperate for him to want to call you his daughter -- both privately and publicly. Tell me about this.

From a very young age, I had an intense yearning for the acceptance and protection of a father. You feel discarded. Like you're not good enough. I feel so fortunate that I got the happy ending; for others who've grown up without a father figure, if reconciliation is not possible, it's often more of a personal journey to heal.

Cynics, including your father, thought you might be pursuing a relationship with him because he was rich a powerful. How did that feel? Was there any truth to the fact that you felt entitled to his financial support?

Some definitely had that impression, but it was never about the money. I communicated with him in secret for a while and was always very aware and respectful of trying to keep things private. Even when he did offer to pay my college tuition, I knew that his acceptance was way more valuable than monetary support. Of course it hurts when people judge you and make assumptions, but you can't listen to that. I do think fathers need to take responsibility for their children, but for me it was more than that. It was about finding the other half of me.

Ultimately, it took filing a paternity suit to motivate his change of heart and his insistence that, if you wanted to get to know him, that you uproot your life and come live with him for the summer. You wrote that, despite your angst, there was never a doubt in your mind that you'd do just that. Why were you so sure?

I was so excited! It was what I'd been waiting so long for. And, again, deep down I knew it was all going to work out. Of course I wondered what would happen at end of summer, but all I cared about was the opportunity to build a real father/daughter relationship. Nobody expected us to get along as well as we did or love each other so profoundly. My father definitely softened with a daughter in his life.

How did your pursuit of your father effect your relationship with your mom?

It was tough to watch my mom go through so much pain and the emotional ups and downs. But she always supported me. I did worry often about hurting her. I felt protective of her. Ultimately, though, I realized that I couldn't take on her pain. This is an important lesson for young people. You can't live your parents' stories. I made the choice to start over with my father and not to hang on to what had happened in the past.

While your father acknowledged your mother's hard work in raising you at your wedding, he never really apologized for the way he'd dragged her name through the mud. Is she at peace with it now?

She says she is. There wasn't one grand gesture. It happened in moments. For example, at my daughter Helena's first birthday when they were passing their granddaughter between them. From day one I wanted him to apologize for everything he'd put her through, on TV, but my dad wasn't someone who dealt with outward displays of emotion very well. My mother also gave herself the gift of forgiveness, and together they got a second chance becoming grandparents to my two children. We've been known to all eat Thanksgiving dinner together.

You didn't only find your father, you found your half brothers as well. Were they immediately accepting of you?

They were! My father used to talk about how he told them about me fifteen minutes before the press conference to announce that he had a daughter. My brothers joke that they were more upset about missing the press conference than anything else! I'm so fortunate that they instantly opened their hearts to me and expressed regret that we didn't grow up together. I now host Thanksgiving at my home with my three brothers and their families. It's a beautiful thing.

In hindsight, do you have any regrets about the way things played out? Is there anything you would have done differently?

I don't. Of course, I wish my father would have acknowledged me from start and helped my single mom who did everything on her own. But, I believe things happen for a reason. We both went through a lot and came out better for it, so there's no need to regret. I am giving a portion of the proceeds from book sales to Dress for Success--the funds will go to help struggling single moms, like my own.

You're happily married with two beautiful children and a successful career. What's next for you? Will there be any more books?

I love what I'm doing! I feel blessed every day to tell stories. I wrote Finding Dad with the hope that it would help others who grew up without a father in their lives. I have no immediate plans for another book, but when there's another great story to tell, I wouldn't say no!