Many people think that an imbalance in emotions (emotion dysregulation as we call it in psychology) means excessive and over emotionality and impulsive behavior. This is one manifestation, where there is a state of under-regulation. The difficulty here is more obvious. There is an inability to "sit with" internal discomfort, which leads to what we typically think of as an 'imbalance;" emotion driven behavior, impulsivity, strong displays of emotion generally.

But did you ever consider that over-regulation can also be problematic? Over-regulators have trouble "listening to" their internal experience. So they loose touch with their sense of interest, vitality, and connection. In either or both cases, the system is out of balance. Each has its strengths and its weaknesses. But, when either is rigidly adhered to, problems arise. The Castle and the Village metaphor can help illustrate complexities of these two psychological styles, and the value of holding the middle path between the two.

The Castle and the Villagers Metaphor
Imagine a world that is populated with small fiefdoms all throughout the land. Each has a Castle, with a king or queen, and Villagers. The Castle dwellers live behind meticulously erected walls, high on a hill, outside of reach. The purpose of these walls, as with all good castles, is to present the appearance of security, superiority, and to hide vulnerability. Castle folks invest a lot of time and energy in preserving this appearance of perfection; in status, physically, and financially. Each success strengthens the walls of protection around them. 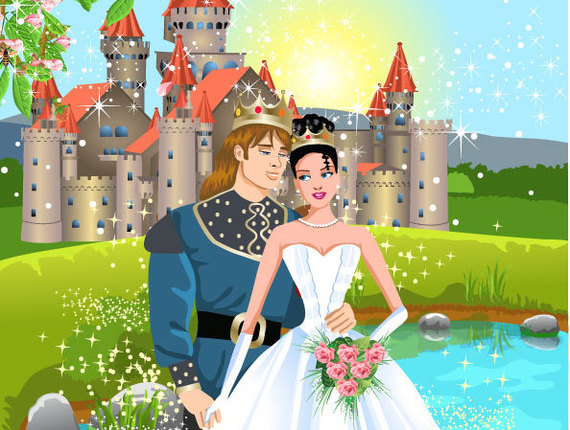 Castle Dwellers are often Effective
In people, this is analogous to how many of us cope with (or fail to cope with) the vulnerable feelings of stress and strong emotions. This can be an extremely effective strategy actually. These folks often appear to have it all together. They can garner respect and admiration from those outside the walls, and can often get others to do things for them. The kings and queens of these Castles do an excellent job of keeping uncomfortable feelings and disturbing thoughts from bothering them. In fact, many of us make use of this approach as self-protection in certain situations. Sometimes this is a healthy and positive thing to do in building a fulfilling life and to protect us from infiltration from invaders.

Common Problems for Castle Folks
"So?" you might say. "If it works, why not do it?" Here's the rub! This approach tends to create division and isolation. In some cases, the high and mighty walls can elicit distrust and anger from those outside. When attacks come, these folks are mystified. The judgments are "I have done such an excellent job at cutting off my messy emotions, why can't you do the same?" Emotions and difficult thoughts and feelings are to be kept in control, under wraps, hidden. So Castle folks can be highly judgmental and empathy can difficult.

When attacks come, Castle dwellers hunker down and add another layer of protection. They pull up the bridges and shut the gates. As the walls get thicker and thicker, the inhabitants' view of the world outside becomes narrowed. Do you see the problem here? As the world outside the castle changes, which is inevitable, Castle folks are protecting themselves based on old information. Creative problem solving becomes impaired.

Lastly, what do you think happens to the kings and queens capacity to listen to and tolerate emotions, in themselves or others? Our emotions provide guidance for what is deeply meaningful to us. Over use of the Castle defense can lead to lack of interest and a sense of not knowing what we truly desire. But, worst of all for these folks, when the walls eventually become vulnerable under attack or criticism, Castle folks have not had practice with feeling their feelings. Thus, once penetrated, the wall can come crashing down in a full blow depression.

Village Dwellers Connect and Create
On the other hand, the folks in the Village tend be quite the opposite. Village folks have lots of experience feeling their feelings. These sensitive souls are the creative types, the artists, actors, writers and such. They funnel their strong feelings into whatever it is they create in their lives; their work, their homes, their love ones. The Villagers experience oodles of love (and other strong emotions), and flourish when they have close intense relationships. When well honed, they can use their immense creativity to innovate and envision, in ways Castle dwellers might have difficulty. 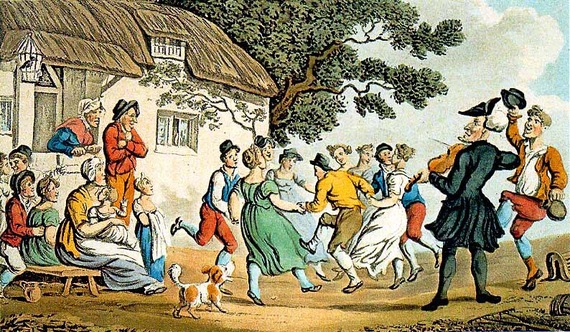 Common Problems for Village Folks
Problems can emerge because close connections are so essential to Villagers, they can loose site of what they truly desire. It is so distasteful to them to feel disconnected that their choices become determined by whomever they are with! In order to maintain this sense of connection. Village folks often put their needs aside and often engage in over offering. For the most part, they do this because they enjoy pleasing others and the feeling of connection due to their generosity. But when they sense that others are taking for granted their kindness, resentment, and even anger, can build.

Because the Villagers do feel their feelings quite strongly, it is very difficult for them to not act on them. "If I feel it, it must be true!" is the guiding belief here. You can see how this can lead to a lot of chaos in the village. Others are caught of guard because they had no idea their Villager friend wanted anything other than what they were offering. So Village relationships can have a lot of ups and downs. They fight, they make up, but these folks are authentic! It pains them to be otherwise. The problem for the sensitive and feeling Villagers is that their strong emotions can get the best of them, and begin to impact their ability to do the things they love, creating and connecting.

These are two polarized personality types, which you may recognize to some degree in yourself and others. Some of us are more like the Castle folks and some of us are more like the Villagers. The important thing to recognize is that each has its merits. Optimally, traits from each are needed to be most effective in pursuit of our goals, depending on the situation. Sometimes it is effective to raise the Castle wall and regulate your emotions to protect yourself, and thus endure feelings of disconnection. Sometimes it is most effective to feel our uncomfortable feelings, so that we might better connect and create. The key is to not over rely on one or the other, but instead, learn how to mindfully adapt to the demands of each moment.