Before they began designing the September 11 Memorial Museum -- recent winner of a National AIA Honor Award -- the architects at Davis Brody Bond looked at the void created by the collapse of the World Trade Center towers.

"It was beyond comprehension," says Mark Wagner, associate partner at the firm, about his exploration into the site.

"The events of Sept. 11 involved a descent down a ramp to sacred spaces," says partner Carl Krebs. "The families said that line marks the line between life and death, and that it needed to be delineated and honored." 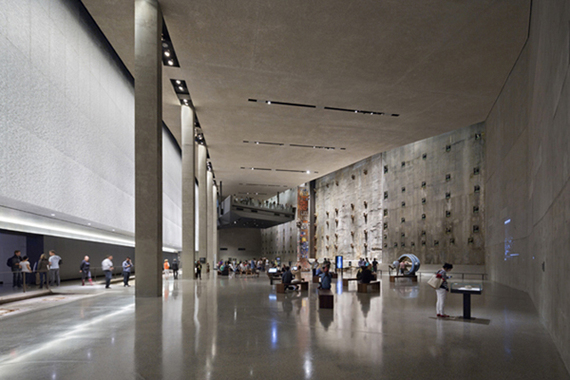 The firm's design process -- with its unending public hearings, conflicting opinions and countless agendas -- was anything but easy. An emotional event of the magnitude of Sept. 11 was an extremely difficult emotional event for the city, requiring high levels of observation, listening and critique. Admirably, the architects refused to lose sight of their purpose.

"The underground approach was perceived as negativity, pride or shame, but that made no sense when you understood the power of the bedrock," Krebs says. "So to keep that vision intact in the face of the passion of the public was critical."

"At the end of the day, we just wanted to get it right," says Wagner. 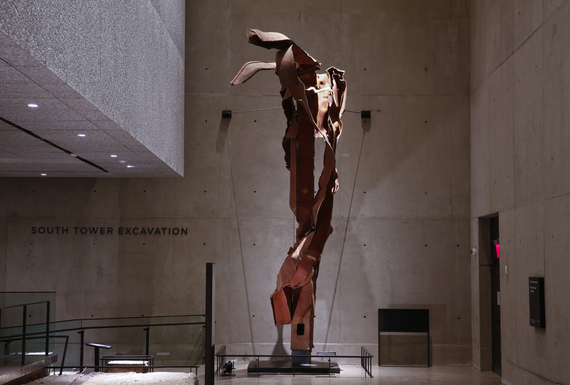 They've designed architectural spaces that don't necessarily tell the visitor all there is to feel or know. Instead, they invoke a visceral reaction -- for example, at the sight of a fire truck, crushed and shorn of its cab.

"It's something that people understand," Krebs says. "They get it."

And though the museum is dedicated to the experiences of people during the twin towers' destruction, interest in the creation of the work by architect Minoru Yamasaki is also popular.

"There was an opportunity to talk about how they were built and what they meant to people," he says. "We created a gallery that's very abstract and powerful -- it's off to the side of the narrative."

The architects thought it would be so obscure that no one would pay attention. They've been pleasantly surprised.

"Everybody goes there," he says. "It's a place to breathe for a few minutes." 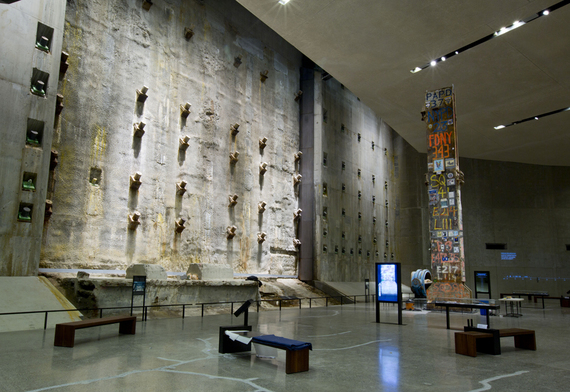 The bottom line here is that the architects seized a once-in-a-lifetime opportunity to design a museum that channels the site's sadness and loss into something more positive.

Wagner found his inspiration while walking through the smoking ruins early on, seeking artifacts for eventual display in the museum. Workers there spontaneously offered him a hot meal, and to wash off his boots. It was an experience with an enduring effect.

"The most optimistic view is that there's still good here, and we can still come together and work together," he says. "So, people coming through here can see the horror of the day, but also the humanity."

That's something now embedded not just in the museum, but in the soul of New York City.

J. Michael Welton writes about architecture, art and design for national and international publications. He edits and publishes a digital design magazine at www.architectsandartisans.com, where portions of this post originally appeared. He's also the author of "Drawing from Practice: Architects and the Meaning of Freehand," due out from Routledge Press in early April.