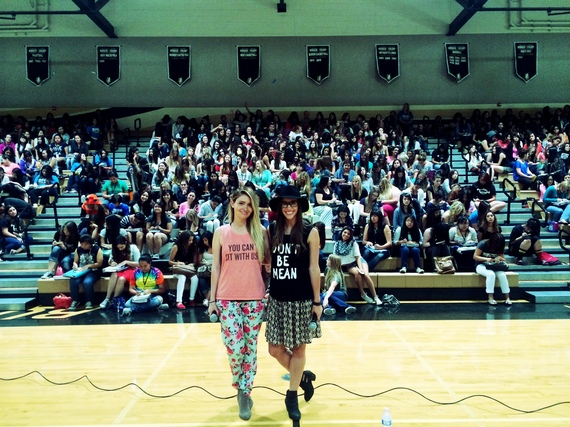 Is it impossible to find sisterhood? I can answer an emphatic no after a lifetime of gathering loyal supporters, but I also recall moments in my life where I was abused by girls who called themselves my friends. And apparently I am not alone.

The abundant evidence is the growing success of a documentary called Finding Kind, a film that focuses on meanness and bullying among girls. The filmmakers Lauren Paul and Molly Thompson met while attending Film school at Pepperdine University. They agreed to tackle this universal issue when Lauren discussed her idea to create a documentary on the topic.

Lauren knew firsthand how traumatic bullying could be to a young girl because she had been bullied by a group of girls in middle school. The abuse was so traumatic that she felt her entire world closing in on her and in the seventh grade she contemplated ending her life. Her personal experience left her sad and compassionate, as well as curious about why girls are so often cruel to one another. Molly confirmed that "Every female has experienced bullying. Girls are expected to go through this, which is why the response to our film has been so overwhelmingly positive."

In February of 2009 they began shooting footage with local girls in the Los Angeles area. It was then that they realized they could do so much more than a film and the project morphed beyond the documentary and into a full scale campaign.

After graduating, Lauren says they "dove into the project even though we had no idea what it was going to look like." In September of 2009 they trekked across the country for two months of filming, actively speaking in schools and spreading the movement across the country.

The campaign allowed them to piggyback the success of the film and provide girls and their schools an opportunity to continue the movement towards kindness. Since their early days travelling the country, filmmakers Lauren and Molly have personally spoken at over 300 school assemblies where they create a safe space for girls to open up and be vulnerable about their experiences. Now over 150 Kind Club Chapters exist across the nation to continue to conversation and bring awareness and change to this important issue. 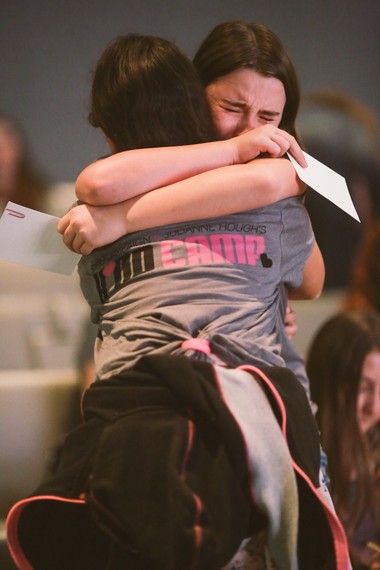 Schools can also perform their own assembly to screen the film and guide a conversation with participants. There are three interactive features the filmmakers designed to facilitate interaction:

1. The Kind Pledge: All assembly participants write down an action step they want to take to become the change they would like to see. They open up the forum for girls to come to the front of the room and read their pledge.

2. The Kind Apology: Young girls write an apology to someone on a piece of paper and are encouraged to read it in front of the group. This has often led to beautiful moments where girls cry and hug in the midst of the assembly, breaking through previous barriers.

3. The Kind Card: This ends the assembly on a loving note where everyone writes something nice about another person.

Some of their statistics show the impact their film and campaign is having on girls across the country:

The film and subsequent campaign has impacted the girls as well as parents and teachers. As Brian Baxter, PTA at Cascade Middle School said "This really should be part of every school's curriculum. It is something that Cascade will revisit every year from now on."

IndieFlix helped to get the film distributed worldwide. Their CEO Scilla Andreen said, "When I first saw the movie, it really resonated with me because I was bullied growing up. I saw an opportunity with this film to help other young girls avoid going through the same thing."

Recently, Lauren and Molly did a series of fundraisers for "Free to be Kind," a campaign to raise money to provide all of their programming free of charge to schools.