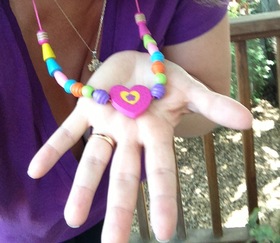 The other day I went for a walk with a friend I hadn't seen in years. Her partner was preparing for phalloplasty. She was wrapping her head around the arduous surgery to come, concerned for her partner's safety, hoping that the outcome would deliver the peace he so wanted. I initiated our get together when I heard her partner was getting his surgery. I wanted to welcome her into the sisterhood of femme partners of transmen finally getting their penises. The new wave of insurance liberation in California has been making surgeries within reach that none of us thought were financially possible. Supporting a partner through any kind of surgery is emotionally challenging, but adding the layer of gender confirmation surgery presents additional complexities.

Twenty years ago when I met my partner, I was also officially introduced to the transgender community. I say officially because I'd been butch/femme identified for years and gender variance was something I was aware of and attracted to. I remember being a baby dyke and going to Peg's Bar in San Francisco. There was a regular there named Jac. They had short blond hair, were built solid, and wore men's button down shirts and jeans on the regular. I never spoke to Jac. They were much older than me, and I was also a bit intimidated by their fierce masculinity. I remember looking at Jac and feeling a mixture of intrigue, fear, and attraction. I don't know if Jac identified as a butch, transgender or a lesbian.

Back then we didn't have as much language as we do now to describe our identities and genders. But we've always existed under whatever language has been available to us. Just as we do now. We are still defining ourselves, finding language, stretching to understand our experience within a queer/gender context. Partners of trans folks are still trying to find our voice.

I walked for a long time with my friend trading stories. She asked me to tell her the most important things I'd learned now that we'd gone through phalloplasty. I listed off logistical details we learned the hard way. Fill your pain medication prescriptions before being discharged from the hospital. If the meds make your partner nauseous, have him take anti-nausea medication half an hour before the pain medication. If something about the body seems amiss, ask for help.

But, I realized that I almost forgot to tell her the most important survival tip for partners: find a therapist, a friend, an on-line group where you can be totally honest and let all your emotions come to the surface. Know it is okay to feel whatever you are feeling. There may be moments of fear, doubt, concern and confusion. Let the feelings come and let them go. Because they will come and they will surprise you and they will shake you. But, they will also go -- but only if you let them exist, and especially if you allow yourself to be safely witnessed and heard. If you try to hide them, they will grow and the shaking will be too hard to take.

I volunteered to be her nonjudgmental friend. I told her that whatever she confided would go into the vault. I wanted to help her to the other side. When my partner went through his phalloplasty, I had a femme friend come forward and did the same for me. It made all the difference to have someone to lean on, who could hold my emotions and experience in confidence. But I often wonder about all the partners out there who feel isolated, invisible and silent.

Part of being a good partner to a trans person is being supportive of their gender expression, however that might take form: physically, emotionally, spiritually. But the truth is that partners go through their own transitions, too. They may transition from being in an outwardly appearing queer relationship to an outwardly appearing heterosexual relationship. They transition from making love to a body with female parts to a body with male parts, or some other combination. They may question if the relationship is what they really want. They may question if the feelings that come up for them are a betrayal. Or they may know in their gut that their feelings are important, but feel it's taboo to share them. Silence often becomes the language of partners.

Trying to understand why someone wants to transition can be explained with words, but to feel why a person wants to transition is altogether different. I can't feel why my partner transitioned. But when I try to liken it to something that I have wanted, I can begin to understand. I always wanted to have babies. I can't give you a solid explanation why. It's just something I sincerely, and sometimes desperately, wanted for myself. Despite experiencing the absolute pain of miscarriages, the financial hardship of fertility treatments, the endless medical procedures and difficult labors, I never wavered in my desire to become a mother. This experience gives me a kinship with the quest of trans people to become the person they want to be -- and it's a helpful perspective for my journey with my partner.

We are slowly finding our language. I am convinced that the key to long-term relationships is allowing for both partners' points of view, even when they might seem at odds. Sometimes you have to share and value your diverging points of view in order to find a common path. Partners of trans folks aren't just partners. We are ourselves first, and our partner's greatest advocate second.

I am a femme queer partner of a transman, and I want a word for myself. I don't want to be ancillary. I want a voice and I want a voice for all partners. I appreciate when room is made at the table for partners. Transgress Press is releasing an anthology entitled Love Always: Partners of Trans People on Intimacy, Challenge and Resilience. I have contributed an essay, and there are over fifty letters, poems and essays written by partners. We are finding our language. I invite you to listen.