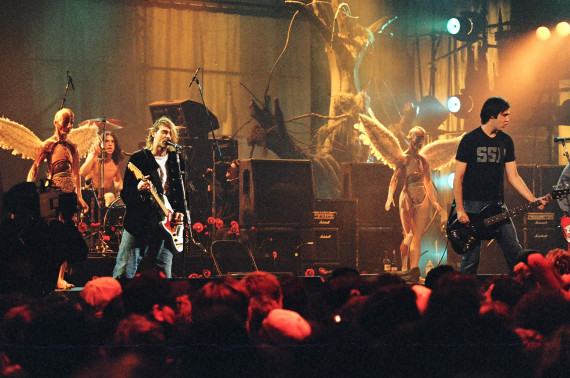 Nirvana is being inducted into the Rock and Roll Hall of Fame tonight. I personally found Nirvana on a remote Eastern European island so small its name could accommodate only two letters. But more on the band in a minute.

I disembarked in Iz while on assignment for a now-long-forgotten travel magazine. The assignment had called for journalists with sailing experience, who could compete in an international regatta ... of travel journalists.

My seagoing experience was limited to occasionally shopping at Old Navy, but the race was taking place off the stunning Croatian coast (now so familiar to watchers of "Game of Thrones"), so I fibbed and said that I could batten hatches, trim hedges, and do whatever else it was that sailing journalists apparently do.

The general idea was that the race would take us from port to port, north to south, along the Dalmatian coast, allowing us to both compete and tour the hauntingly beautiful coastline.

Perhaps they took a landlubber such as myself because they were having trouble filling out the team roster -- this was the mid-90s, and Croatia was fresh off a horrific three-way war of independence with two other former members of Yugoslavia: Serbia and Bosnia & Hercegovina. Many buildings we would see on that beautiful coastline had been pockmarked by artillery fire.

The rest of the American "team" featured journalists with actual sailing experience. In that our team's composition uncannily mirrored a famous TV sailing crew that explored unchartered desert isles, I was rather quickly dubbed Gilligan.

After every race, win or lose, we'd celebrate by drinking heavily -- particularly pivo (local beer) and slivovic (Croatian fruit brandy). Then we'd pull into a medieval port, where we were invariably greeted with enthusiasm by the local citizenry. They went like red-carpet crazy on us. There were marching bands, speeches from village politicians, and ginormous spreads of olives, calamari, and other (sometimes indeterminate) Mediterranean delights. Plus, of course, more pivo and slivovic.

The combination of sun, pivo, sea motion, sleeping on the boat, and slivovic conspired to leave me considerably less polite than I am wont. So when I stumbled off the boat in Iz, I made a dash for the food table, trying to steady my stomach and ignore the marching band and the middle-aged Croatian man intently seeking members of the American team.

"I, too, once lived in America," the latter proclaimed, triumphantly.

"I was born on this island, and then I moved to America!"

[Mouth too full of food, but big thumbs up from yours truly.]

"My three children were born in the States," he continued. "I raised them there, and then I move back to my country." Swelling with pride, he added, "Croatia!"

"Cool. Well, good talking to you!" I winked, giving him a fairly patronizing slap on the back, my unsteady sea legs and unsteadier stomach acclimating slowly.

"In fact, you might know my son. He is a musician."

Slowly, the hamster that powered my brain awoke from his nap and started to spin his work-wheel.

"Yes, he is the bass player for Nirvana."

He was, of course, referring to Krist Novoselic, whose band is tonight -- some-20-years later, in Brooklyn -- gaining formal entrance into the rock pantheon.

What followed, after a lifting of jaw off the wharf, was a first class tour of Iz Veli, the 11th Century port with a population of fewer than 600, and an invitation to Chez Novaselic (the father spells his last name with an "a"). As Krist Sr. and I knocked back a couple of pivos, he introduced me to his wife, showed me his model boat collection, photos of Krist Jr. as a young lad, and regaled me with tales of Nirvana's early days, back in Aberdeen, Washington.

"It was first just Krist and Kurt [Cobain]," said the proud father in his Croatian home, just a few years after the latter's death. "Oh, the neighbors used to complain so. But then when they became famous, the same neighbors used to talk about how much they loved the boys!"

Krist Sr. helped keep the band afloat through its earliest struggles. "I bought the boys their first truck," he recalled. "They drove it to all their gigs. But then they broke it, and I had to come and get them." He paused. "That guy Kurt still owes me 50 bucks!"

Krist Sr. and I kept in regular touch for a few years after our island meet cute, until email all but eliminated the art of letter writing, and we never did exchange email addresses. Now 20 years later, as his son and his son's childhood friend Kurt's creation bathes in accolades, I'm thinking of the father, his model-boat collection, his tiny village, the marching bands, and an unlikely brush with rock and roll royalty.