Picture this: You get on a flight from the U.S. to China and once you arrive in Beijing your pilot is not allowed to land because your plane's specifications do not comply with the Chinese airport's safety standards. Now imagine this scenario repeating itself when your pilot attempts to land in any EU country, or in Japan, or India because each country has a different set of aviation safety regulations and best practices. Then multiply the problem by 100,000 which is the number of international flights that occur daily and what you have is global pandemonium and an eventual disaster. Fortunately, 70 years ago the United Nations created the International Civil Aviation Agency (ICAO), an organization that set about working with nations to hammer out global security and safety standards for air travel. Today 191 countries have adopted and adhere to those standards resulting in an orderly international system for passenger safety.

If only the same could happen with another high risk global enterprise: weapons-usable nuclear materials. Still today there is no global system in place for tracking, accounting for, managing and securing weapons-usable nuclear materials. Some 25 countries have them and nearly 2,000 metric tons can be found in hundreds of sites, some of them poorly secured and a target for theft. And if that's not bad enough, the vast majority of these materials in the world, 85 percent, are in military stocks where there is no outside oversight whatsoever of whether the security arrangements are appropriate.

In an age of terrorism wherein the airline industry relies on its safety system for its economic well being and nations depend on it for the security of their citizens, "Shouldn't the security of potentially the most dangerous material on the planet have an equally effective approach?" That was the question Sam Nunn the Co-Chairman of the proactive, Nuclear Threat Initiative put before an audience of nuclear security specialists last month in Atlanta.

Nunn, the former Democratic Senator from Georgia and former Chairman of the Senate Armed Services Committee, has a strong track record of proving domestic bi-partisanship and international cooperation is the key to defusing global threats and fostering security. When the Soviet Union collapsed in the early 1990s, he, along with Republican Senator Richard Lugar, proposed the Cooperative Threat Reduction Program. It marshaled the expertise and talents of American and Russian scientists, defense workers, and military personnel that resulted in the destruction of thousands of nuclear weapons, and delivery vehicles and the securing of thousands of pounds of weapons-usable nuclear materials scattered across the former Soviet States. The cooperation, says Nunn, came amidst a massive trust deficit after the Berlin Wall came down. "It took a lot of effort and time to convince essential participants that securing and eliminating these materials was not a zero-sum game but a win-win for our nations and for the world," Nunn says.

Now, 23 years later with the Ukrainian situation plummeting U.S.- Russian relations to a low point, Nunn's Nuclear Threat Initiative (NTI) has released a new four-part report on arms control verification. Some may view this as poor timing but for Nunn and his colleagues at NTI it couldn't be more perfect. "If we are learning anything about the world and some of the tragic things that are going on right now it is that we need to find ways to cooperate with other countries in service of our national security," says Corey Hinderstein, the Vice President of NTI's International Program who directed the project over the course of two years, enlisting the expertise of more than 40 technical and policy experts from 12 countries. 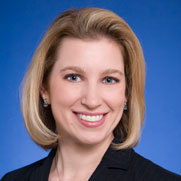 Despite the crisis in Russian American relations, inspections under the New START Treaty are proceeding as mandated, says Hinderstein. However, she points out if the U.S. and Russia seek to move forward on further reducing their nuclear arsenals, bigger challenges loom ahead. "The kinds of verifications that will be needed to convince not just ourselves but the world that everybody is playing by the rules that they set for themselves, those things take time and we can't wait until the moment when we decide to make an agreement to then ask ourselves, wait, how do we verify?" says Hinderstein. 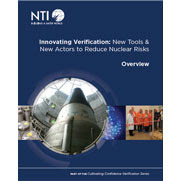 A reduced nuclear arsenal will involve the verification of warheads and one of the reports' more surprising findings is that it is not possible right now to authenticate the results of a warhead inspection without releasing classified information. Hinderstein says the U.S. national laboratories have been working on solving this technical problem but adds that they are working on different tracks from each other. "They are almost in competition as opposed to working together," says Hinderstein, whose team concluded a broader, international, and more cross cutting disciplinary approach needs to be brought to tackling problem.

The NTI reports' fundamental recommendation is the convening of an international partnership involving both the nuclear weapon and non-nuclear weapons states to develop verification approaches for the future. At present the U.S. and Russia have the majority of the world's nuclear weapons and also have the deepest experience in verification. However, that reality has limited the world's capacity for reducing the nuclear threat. "For example," as Nunn points out in the report, "even if countries reached an agreement tomorrow on a Middle East weapons of mass destruction-free zone, none of the regional actors would have the capacity or experience to verify it."

Hinderstein adds, "It's not going to be good enough for the U.S. to come in as the big brother or even Russia to come in. The states themselves are going to have to come and take an active role and convince themselves that their neighbors are doing what they should be doing. Otherwise that potentially transformative change, it can't hold up."

Helen Young is producing the documentary Nuclear Insecurity on the nuclear disarmament activists and the policy experts on the frontlines of the global movement to abolish nuclear weapons.