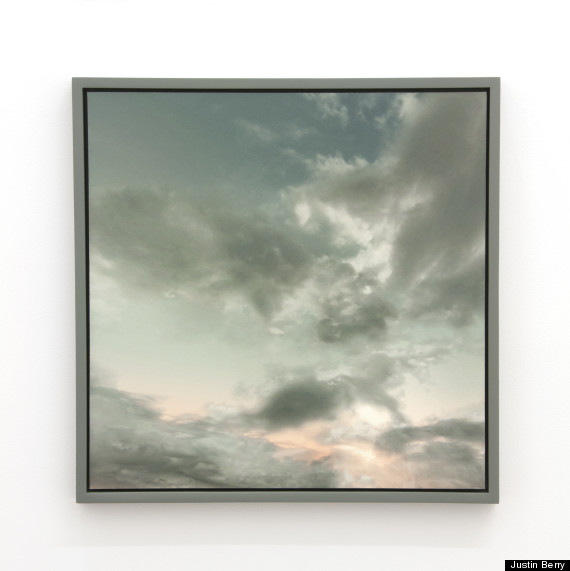 In much of my art I take photographs within video games. I play the game just like anybody else, but where most people are playing by the rules, such as trying to kill the bad guys or rack up points, I am scanning the horizon for beautiful clouds, trying to find a place where the sun makes a silhouette of the mountaintops or where the ash and smoke from a nearby burning village will set off the russet tones of the scattered and stubby vegetation. Sometimes I have to dodge bullets while running through conflicted territory, just so that I can get to an area before it is bombed or so that I can arrive just after, when the dust has yet to settle and the air is thick and pearlescent. I am not doing this to tell a story, to illustrate an event or a particular battle. I am trying to create photos that avoid telling a story, to find moments that are so simple, or else so archetypal, that they resist being understood as part of one narrative or another. There is power in finding places of quiet reflection in a world where you are supposed to be running around and killing people. 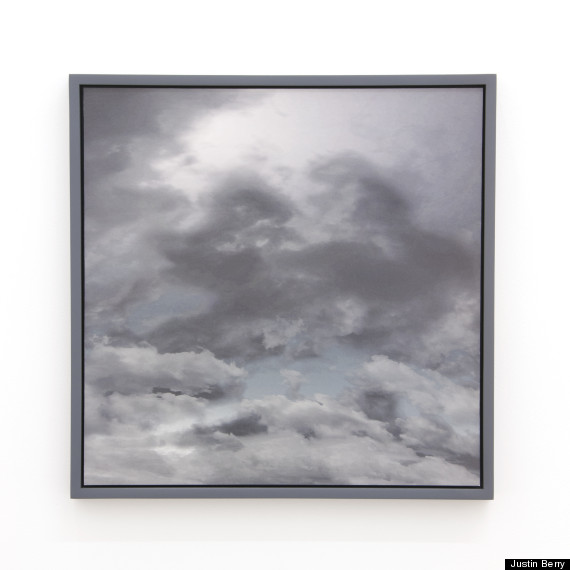 I take pictures differently in every game that I play. I suppose this is true for all kinds of photographers, where we respond to the environment that we are in. In the example I gave above I was describing taking photographs within war games, where you are playing as a member of an army. Most of the photos I have taken are in that type of game, and I feel that it was empowering to turn away from the battle and choose to see beauty instead. Yet when I started making work with other types of games I found I needed to do something different. In a game where running around and looking for luscious landscapes is the whole point of the game, it isn't a very interesting or empowering thing to do. That is why in my most recent photographs, I don't go anywhere at all. 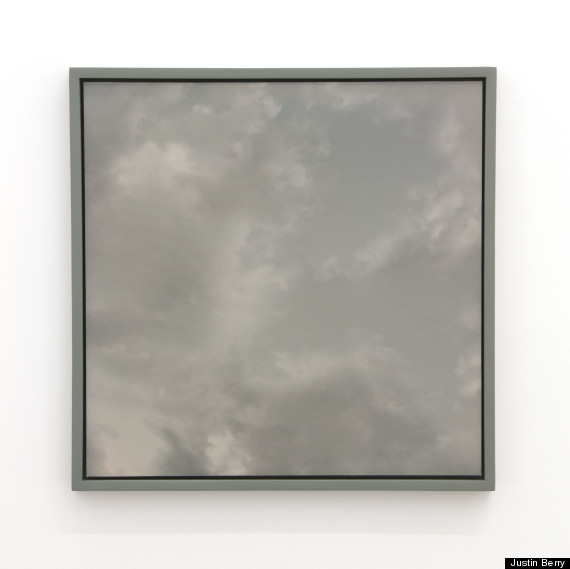 I was playing the game Skyrim and I discovered that I could go anywhere or do anything, from picking pumpkins in the fields to hacking wizards into pieces. The only thing I couldn't do was sit still. If you stand still for too long then the game takes over control of the camera and the camera spins around your player, or avatar, in an endless loop. Sometimes being able to do anything can make you feel as though you are in control, but sometimes it comes with a sense of obligation, a feeling that you are supposed to be active and always moving, always making, always producing. It made me realize that there is tremendous power in inaction, or in standing still when you are supposed to be moving. In truth, one of the most powerful political tools that we have, especially in a commercially driven society, is the boycott. To not participate is empowering. Staying silent says a lot. I decided that I wanted to take pictures of skies and stars, of clouds and storms, to be a passive viewer of a world as it passed me by. 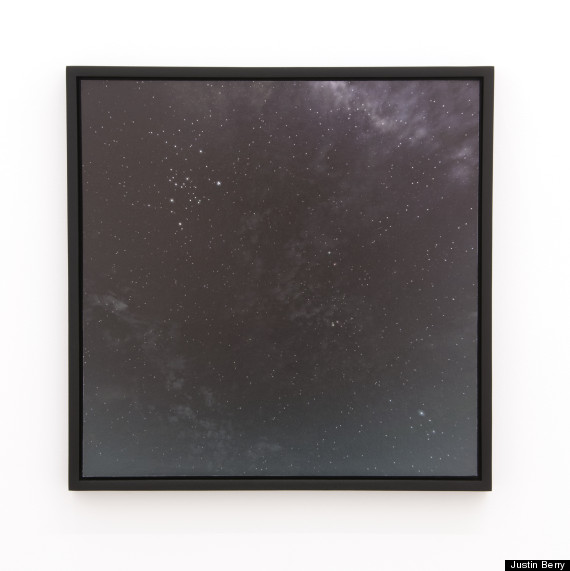 Games, by their very nature, are a leisure activity, but they often seem a lot like work. We are constantly trying to win, or to score, and we feel saddened or enraged by loss. In some games we try and fail over and over to achieve a goal, and the reward is often little more than a simple congratulations. It seems sometimes like there is never a chance to do nothing, to simply be, that even our hobbies or our recreation involves score keeping. I know that when my friends come over for a summer barbeque some of them are desperately hoping that the food will be good enough to post about on Facebook and get 'liked'. The quality of a night out is often defined by how well it is documented. After playing the game and going all across the landscape looking for something to photograph, I decided to stay motionless, to lean back in my chair and let the game go on, to waste time. I take my photographs in those moments of stillness, before the game realizes that I have stopped playing and after I have set aside all of my goals and quests and jobs and missions. Most of my work is like this, it is about looking at something twice that we are barely supposed to look at once. I think that looking at things designed to go unseen is important. 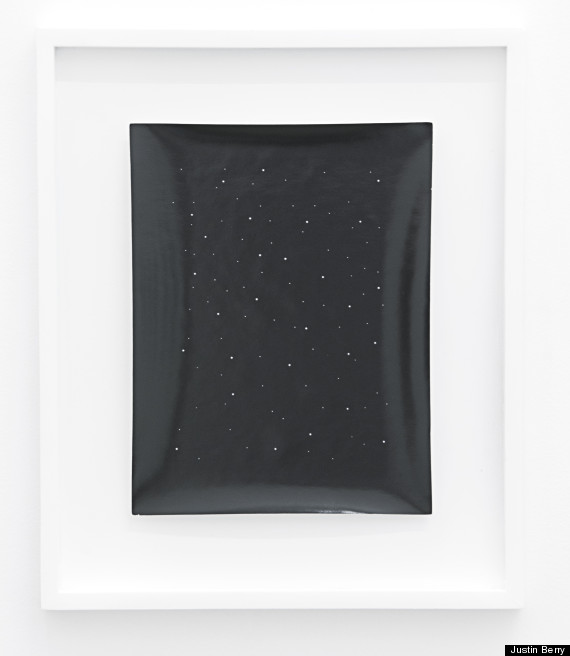 It is the things that we are constantly bombarded with that often seem to become the most invisible to us. The things that we see all the time have to be overlooked or else they would become overwhelming. The sky and natural world is often like that, it is everywhere around us and yet we rarely take the time to see it, but contemporary life also produces things in such abundance that they become ubiquitous. One of the things that is an indispensable part of everyday life is the 8.5" by 11" sheet of paper. Just think about all of the stacks of student essays that are printed out, revised, and never read again, or the office memos that are never read even once. There is a tremendous amount of my life that has been spent in front of document editing software such as Pages or Microsoft Word. I am using one right now in fact! I decided that I wanted to work with Microsoft Word and transform it from a site of labor and tedium into one of creative engagement. 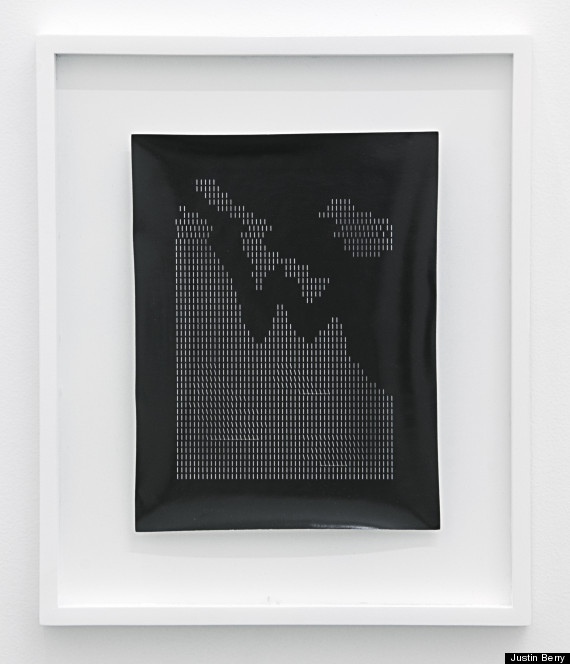 Lately I have been making drawings in Word. I don't mean that I have been using the picture drawing tools embedded in it, but rather that I have been using its traditional functions, such as typing and formatting text to create drawings. Drawings made with text, specifically the most common letters, are called ASCII drawings. ASCII drawings are interesting because they were born online, one of the earliest ways of making art that was available on the web. In the early days of computers the graphics were very bad, and in some cases the only way to produce an image at all was to make it out of letterforms. In forums and places where people first gathered online, ASCII drawings were often used as a kind of signature. It is amazing because it shows the power of language to both evolve and devolve, as it transforms back into a kind of visual hieroglyphics. 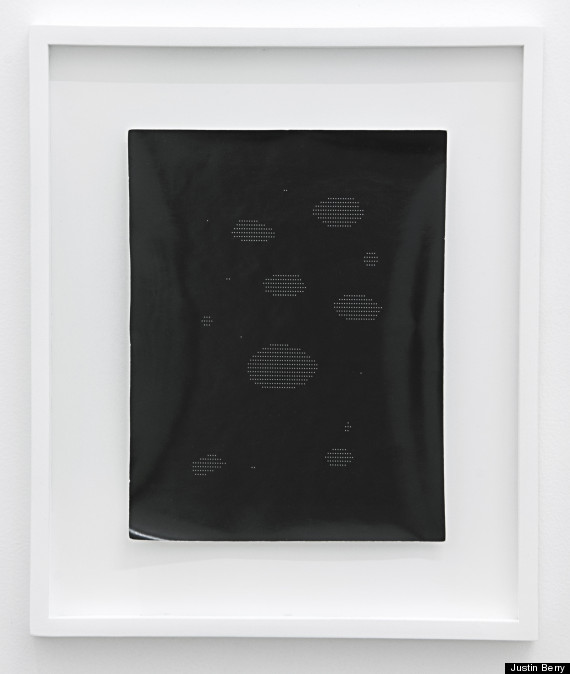 I think that ASCII art is powerful because it shows us that we can reimagine the world around us and invent new ways to define and describe meaning. The desire to communicate is so powerful that will we always invent new ways to express ourselves. By using words to seen rather than read we are subverting their purpose, at the same time we are also exemplifying the goal of language, to convey ideas that inexpressible by other means. 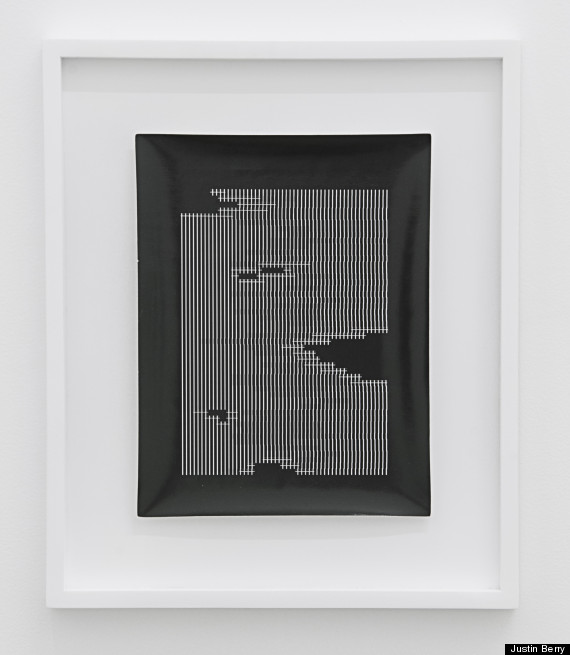 I think that using older or outdated technology can sometimes seem nostalgic, but for me that is not the case. I think that when a technology has been surpassed or moved beyond it can sometimes become more interesting. When technology is outdated it stops being useful, and that means that we no longer judge it on how well it performs a job. Suddenly we can appreciate it for its formal qualities or its expressive capabilities and it becomes judged on the more complex and less linear criteria of interest, meaning, and value instead of simply success or failure at performing a task, such as representation. 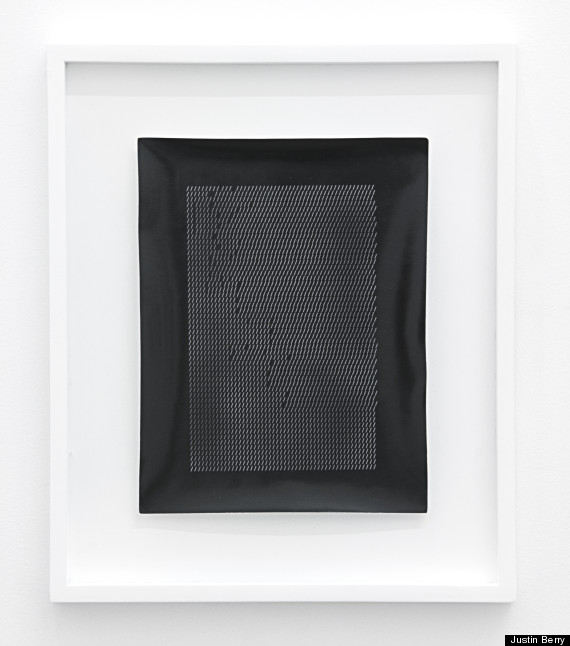 One example of technology that has become obsolete is the darkroom print. Making prints in a darkroom today is an aesthetic endeavor. Any adjustments to an image are more easily made in Photoshop, and inkjet prints are often more vibrant, more controllable, and more archival than darkroom equivalents. At first glance this might seem to imply that darkroom prints are now inferior to inkjets, but instead I think that darkroom prints have simply become more interesting. When we see an image that is printed in a darkroom we are asked to look at it twice, to see it as an image but also as an object. When the technology to produce something has become obsolete then using that technology becomes a kind of performance- it is an action taken that is meant to be observed. Basically, if I were make an album and put it out as an 8-track, it would make listeners ask questions about purpose and meaning in ways that putting the album out as .mp3s would not. 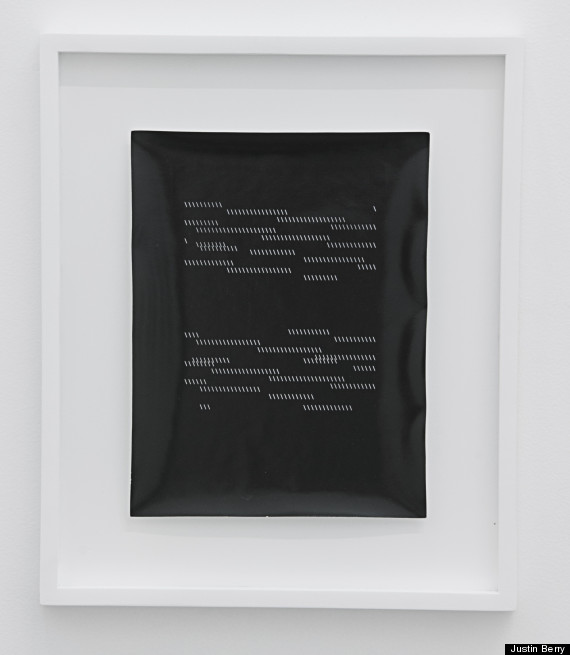 I take the drawings that I have made using Word and print them out onto clear acetate. I do this on a normal home printer using standard inks. This gives me a negative that I can use in the darkroom to make silver gelatin prints. By exposing the negative and then developing the paper in the dark room I process these images, running them through chemicals and washes and curing them on a rack for days, watching them curl and twist and transform into objects. What I do is take something that we have learned not to see and make it visible. The 8.5" x 11" sheet of paper is clearly on the way out, to be replaced by PDFs and other digital formats, and I think it is good to take a look at it before it becomes obsolete, to see it clearly while it still has a place in our lives. I want to transform the mundane into the magical and in doing so I hope to reveal the ordinary as a site of potential rather than one of tedium. 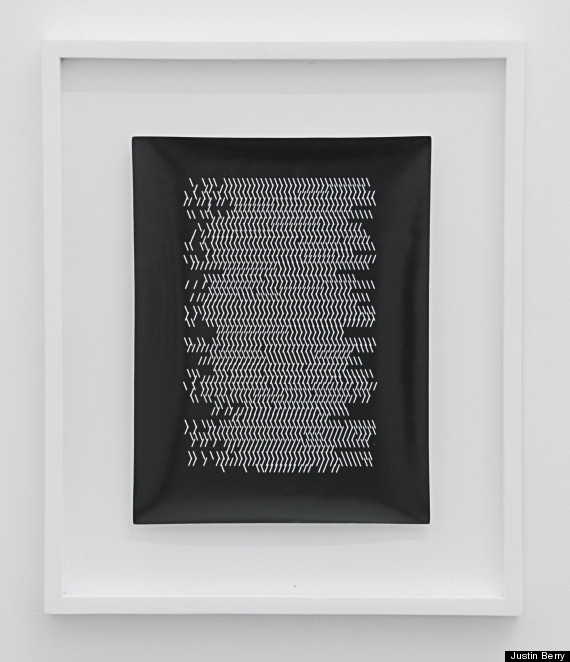 Justin Berry's work can be be seen in Lorem Ipsum, an exhibition at Interstate, a gallery in Brooklyn, through June 15th. You can also experience an interactive project of his online at i-would.com, an animated graphic novel about the ability to fly.