The very words "nation" and "religion" imply division and diversity. This diversity may seem to create an obstacle in fostering peace in the world. Yet, in reality, it is this diversity that brings richness and beauty to the world and human life -- just as a bouquet having flowers of different colors is more beautiful than a bouquet of flowers of the same color.

There is one truth that shines through all of creation. Rivers and mountains, plants and animals, the sun, the moon and stars, you and I. All are expressions of this one Reality. It is by assimilating this truth in our lives, and thus gaining a deeper understanding, that we can discover the inherent beauty in all this diversity. When we work together as a global family, not merely belonging to a particular race, religion, or nation, peace and happiness will once again prevail on this earth. 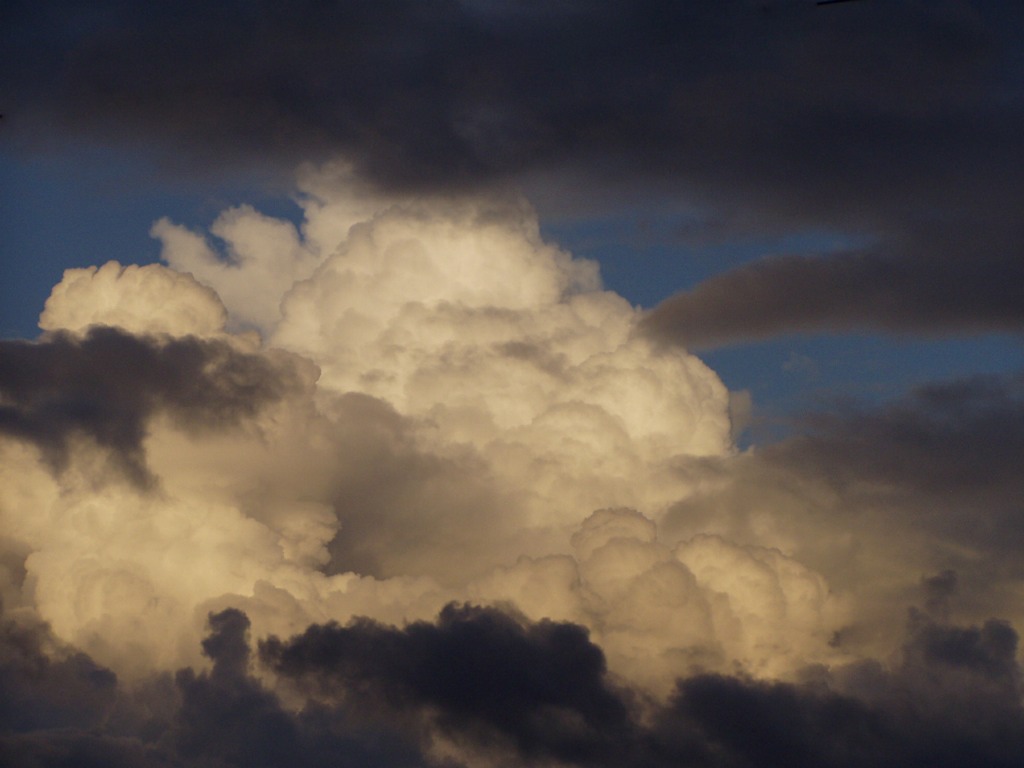 Mysticism seems to move beyond the barriers of duality created by traditional religious doctrines, and expresses the "one Reality" that the saint-like Hindu, Mātā Amritānandamayī Devi, known as Ammachi, addressed during her 2000 visit to the United Nations. Mysticism is the search for an accord with, or awareness of, a spiritual truth or God through direct experience or insight. This idea is investigated by one of Ammachi's followers, Ethan Walker III, who, in the Mystic Christ, claims to have found God in his own life. He declares:

By exploring other faiths we begin to see what is common to all paths: love, tolerance, innocence, compassion, devotion to God, forgiveness and service to others. As these essential aspects are clarified and reinforced by their appearance again and again in the major faiths of the world, we begin to find acceptance and tolerance toward other faiths.

Mysticism creates a more direct path to spiritual enlightenment, because it involves experiences that are not dependent on the transmission of religious doctrine from a priest, rabbi, or ayatollah. Instead, an individual seeks a spiritual relationship with God directly. This may be through music, dance, or deep meditation.

Through the Jewish tradition known as the Kabbalah, one attempts to discover the nature of divinity and the human being as well as the purpose of existence (a recurring question which is pondered by people of many religions). Some say that this path is sacred and so difficult to grasp that only those who are mature should be given the chance to practice Kabbalah.

Sufism (Islamic mysticism) shares many of the same mystical traits as its Jewish counterpart. In the words of the 18th-century Islamic Sufi teacher, Ahmad ibn 'Ajiba, Sufism is the "science through which one can know how to travel into the presence of the Divine, purify one's inner self from filth, and beautify it with a variety of praiseworthy traits." The practice of Sufism is to cleanse oneself of one's sins, to become pure, leading to the spiritual path toward God. Despite their differences, it seems that all mystic practices keep pointing to one thing: finding God.

I believe that mystical practice may involve greater religious devotion because it eliminates all the superfluous elements found in a more intellectual practice, such as attending services where someone is transmitting a doctrine, which may impose a certain set of beliefs. In contrast, mystic philosophers--even those who would seem to have divergent points, of view, such as Krishnamurti and Thomas Moore--actually say the same thing: the path to knowing the divine comes from knowing oneself and not having someone else define that knowledge. During his time in India, the Hindu Krishnamurti began to imagine a different world, one where the average person keeps an open mind to new ideas, without letting dogma cloud perception. In Freedom of the Unknown, Krishnamurti asks us to drop all judgment, to accept our emotions and ideas without judging them. Yet, most traditional or orthodox religious establishments demand that their followers adhere to all of their doctrine, and as a result, the practitioner might not be able to discover the divine.

The willingness to process new ideas is also found in Thomas Moore's Care of the Soul. The Irish Catholic Moore encourages the public to appreciate the sacred in everyday life. He suggests that we have to accept the fact that family is neither good nor bad, it just is. Many mystic books speak to both the conflicts and beauty of the family. Similarly, Moore's premise is that Christianity is built upon family. Yet, today, families seem to be burdened with the mundane experiences of managing their day-to-day lives. Most fail to see the sacredness in these so-called burdens. Moore encourages us to re-evaluate them, and consider that something as ordinary as eating a simple meal can lead us in the direction of mysticism. Perhaps if we could each find spiritual enlightenment in our everyday lives, we would learn to tolerate differences and thus create a better world.

When Kevin Murphy wrote this he was 14 years old. He enjoys traveling and has gone to both Ecuador and Ireland, where he discovered more about his ancestry. He also enjoys music and plays the violin.