Like many Florida couples in their age group, Debbie and Chico Jimenez have settled into retirement. But unlike a lot of their peers, they’re not interested in spending their golden years kicking back at the beach.

The pair want to spend their time and resources on feeding the homeless -- a retirement plan that the police are determined to squash.

For the past year, the Jimenezes have set up shop every Wednesday on Manatee Island in Daytona Beach, Fla., where they feed hot dogs, chicken, pasta salad and other BBQ staples to about 100 homeless people, WFTV reported. Handing out meals is just one aspect of the ministry the two founded, Spreading the Word Without Saying a Word, to help people living in poverty. 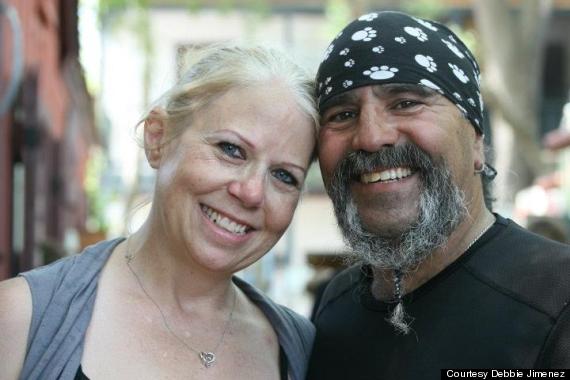 But on Wednesday, the Jimenezes said that without warning, they and four other volunteers were accosted by police, fined and told that they could be thrown in jail if they continue their program, according to NBC News.

"We’re going to court," Debbie Jimenez, 52, a former auto parts store manager, told NBC News. "The police don’t like it. But how can we turn our backs on the hungry? We can’t."

The police, however, say there’s more to the story.

Daytona Beach Police Chief Mike Chitwood told NBC that the couple had been warned, and that locals have been complaining about homeless people defecating and urinating in the park.

"We've always enforced it," Chitwood told WFTV of the force’s consistency in enforcing laws against feeding in public. "This got so big, it was posted on YouTube, it was really brought to our attention that, hey, things are really out of control on Manatee Island."

Still, the couple refuse to abandon their mission and have taken to Facebook to help galvanize support.

While a number of cities have gone to great lengths to make it nearly impossible for homeless people to get by on the streets, some advocates have managed to thwart those efforts through dogged petitioning.

Back in 2012, a Philadelphia judge blocked Mayor Michael Nutter’s ban on feeding the homeless in public spaces, the Philadelphia Inquirer reported. The decision came on the heels of some fiery backlash. Four charities sued the city after Nutter issued his ban, NBC Philadelphia reported at the time.

When Columbia, S.C., tried implementing harsh restrictions on the homeless last summer -- which would’ve forced them to go to a shelter or jail -- advocates, city workers and even members of the police force fought the city until the decision was rescinded, the Free Times reported.

"Homelessness is not a crime," Interim Police Chief Ruben Santiago told The State at the time. "We can’t just take people to somewhere they don’t want to go. I can’t do that. I won’t do that."

The Hungriest States In America