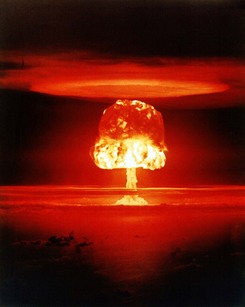 On an October day in 1987 people in Las Vegas thought they were having an earthquake. Tremors rattled the city's buildings. But this was not nature at work. This was an underground nuclear test explosion at the Nevada Test Site.

Residents of Hattiesburg, Mississippi had their own similar experiences from underground nuclear tests. There have been over 1000 U.S. nuclear tests with severe public health consequences from radiation. And these nuke tests cost many billions of taxpayer dollars. Why would anyone want to relive those chapters of the Cold War?

Instead, how about Senate Democrats and Republicans ratifying the Comprehensive Nuclear Test Ban Treaty (CTBT), which bans all nuclear test explosions.

Now these two political parties working together may sound like a fairy tale. But history reveals that Dems and Reps, for the most part, have shared this goal of ending nuke testing.

Since the days of President Dwight Eisenhower (a Republican), the United States has sought a treaty ending nuclear testing. In a letter to Soviet Premier Nikita Khrushchev, Eisenhower wrote that a nuclear test ban "would be an important step toward reduction of international tensions and would open the way to further agreement on substantial measures of disarmament."

Ike and his team worked very hard to achieve a treaty ending nuclear testing. They contributed much research for building an international monitoring system to detect anyone cheating a treaty by setting off a secret nuclear explosion.

Eisenhower got the ball rolling and his successor, Democrat John F. Kennedy, took up the fight. Achieving a nuclear test ban treaty became a major initiative of JFK's presidency. This was during the most dangerous period of the Cold War with the Soviet Union.

The world was on the brink of a nuclear holocaust in 1962 when the Soviet Union placed missiles in Cuba. During the Cuban Missile Crisis both the Soviets and Americans tested nuclear weapons.

Just one year after the Crisis, there was a dramatic change. Kennedy was about to achieve a partial ban on nuclear weapons testing with the Soviets. Both sides would stop tests in the atmosphere, underwater and outer space.

But Kennedy needed to get the Senate to approve the treaty. Hearings began in August 1963. Secretary of State Dean Rusk was the leadoff witness. He emphasized how Democratic and Republican presidents have reasoned that "the risks of an unlimited nuclear race [are] far greater than those inherent in safeguarded progress toward arms control." The Limited Test Ban Treaty was in the best interest of national security.

The Limited Test Ban Treaty was approved by the Senate in 1963. It was the first major nuclear arms control agreement with the Soviet Union.

But the goal of ending all nuclear testing remained as underground blasts continued. Subsequent administrations continued the quest. As Republican President Ronald Reagan wrote, "the United States remains committed to the ultimate goal of the total elimination of nuclear testing." 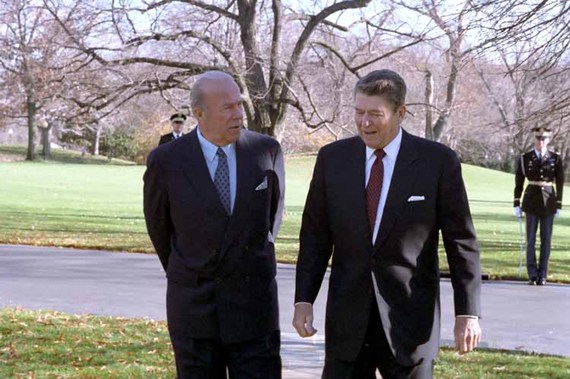 President George H.W. Bush, in 1990, completed a treaty with the Soviets placing limitations on the size of underground nuclear testing, which included additional verification measures.

Nuclear tests were still ongoing though. This would soon change, again led by a Republican.

In 1992 Republican Senator Mark Hatfield of Oregon, along with Democrats James Exon and George Mitchell, proposed an amendment placing a moratorium on all U.S. nuclear tests. It also called for negotiations on a treaty.

Under President Bill Clinton the Comprehensive Nuclear Test Ban Treaty was signed in 1996, but it has yet to take effect. The treaty has not been ratified by eight nations. (The United States, Israel, Iran, India, Pakistan, Egypt, North Korea and China.)

In a 1999 vote, the U.S. Senate rejected the CTBT with Republicans leading the way against the treaty, which their party had helped to develop. The reasons cited included verification and maintaining the existing stockpile without test explosions. Those concerns have been alleviated with improvements in technology.

As Department of Energy Secretary Dr. Ernest Moniz says, "Over the past 20 years, the United States has gained high confidence in our ability to maintain the safety, security, and effectiveness of our much smaller nuclear arsenal through the scientific, technical, and engineering capabilities of our Stockpile Stewardship Program, without the need for nuclear explosive testing. "

Verification capabilities continue to improve as new stations are set up by the treaty's international monitoring system. 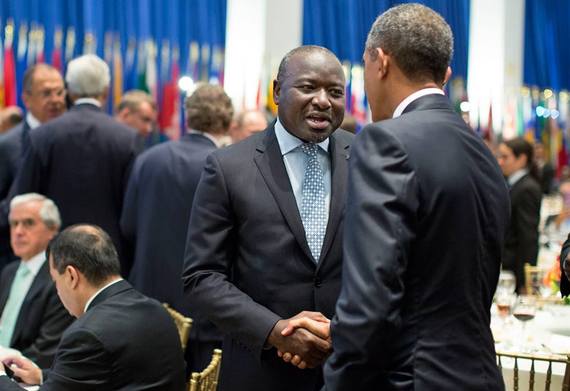 At the UN General Assembly, CTBT director Lassina Zerbo met President Obama who has pledged support for the treaty (courtesy of the CTBTO).

In wake of the Iran nuclear deal, the Comprehensive Nuclear Test Ban Treaty becomes even more important. Iran needs to ratify the treaty and activate the monitoring stations on its soil. If the U.S., Israel and Iran all ratified the CTBT it would further the cause of non-proliferation and peace in the Middle East.

It would also create an opportunity to regain momentum toward global nuclear disarmament. There are still thousands of nuclear weapons in the arsenals of the U.S. and Russia. China has hundreds of nukes. India, Pakistan, France, Great Britain, Israel and North Korea also have the bomb. We can first get all these nations to end testing and then proceed with further disarmament measures.

Cooperation between Democrats and Republicans is key now. Secretary of State John Kerry said this October it's time for the two parties to come together and get the CTBT ratified. Kerry stated: "I am determined that in the months to come, we're going to reopen and re-energize the conversation about the treaty on Capitol Hill and throughout our nation. Because there should be no doubt that it is in the best interests of our country to join the treaty."

It's not likely that either party wants to return to nuclear weapons testing. New nuclear tests would trigger an arms race, unravel existing treaties and place huge financial and political costs which society would have to bear.

We shouldn't go on reliving the Cold War chapter of nuclear tests. Instead, let's finish what Ike and JFK started by ratifying the Comprehensive Nuclear Test Ban Treaty. Republicans and Democrats can finish this journey and help build a more peaceful world for us all.