AUSTIN, Texas -- A rail-thin, expressive Fiona Apple took the stage at SXSW Wednesday evening for NPR's showcase at Stubb's Barbecue, in one of the festival's most highly anticipated concerts. Apple, who hasn't released an album since 2005's Extraordinary Machine, played three new songs and eight old ones, in a set that hemmed close to an hour.

The sound on stage was muffled at the start, but Apple's voice, at once deep and vulnerable, was unmistakable behind the technical issues. Apple, 34, wore her hair in a high ponytail, paired with a long black dress and chunky, buckled boots. Her stage presence was charged with emotion and dependably unpredictable -- at times she'd stomp around the stage with unusually active feet; other times, she'd languish against her piano and drink tea. The crowd was equally adoring of both behaviors.

Overall, Apple turned in a performance that showcased all the reasons she is loved -- her dark sensibilities, soft/hard dynamic and a haunting voice. The best songs of the night included closer and crowd favorite "Criminal," "Carrion" and a track off her forthcoming album, "Every Single Night." She played two other new songs, "Anything We Want" and "Valentine." Peek the full set list below our videos (best watched in HD) and photos from the show.

Apple's new album, The Idler Wheel is wiser than the Driver of the Screw, and Whipping Cords will serve you more than Ropes will ever do, will be out sometime in June on Epic Records. Apple will take the stage again Thursday night at Pitchfork's SXSW showcase, after which she'll begin an eight-date tour Sunday.

Watch Apple open the show with "Fast As You Can," and keep an eye on her feet around the 3:50 mark :

Watch Apple sing a new song, "Every Single Night" (the video quality is worse on this one, but it makes up for it in sound quality):

Watch Apple perform "Carrion," and tune in for highlights around the four-minute mark:

Watch Apple perform "A Mistake" and scream at a man in the crowd at the four-second mark. Watch her feet throughout this performance, too:

Setlist: Fast as You Can On the Bound Paper Bag Mistake Anything We Want* Valentine* Sleep to Dream Extraordinary Machine Every Single Night* Carrion Criminal 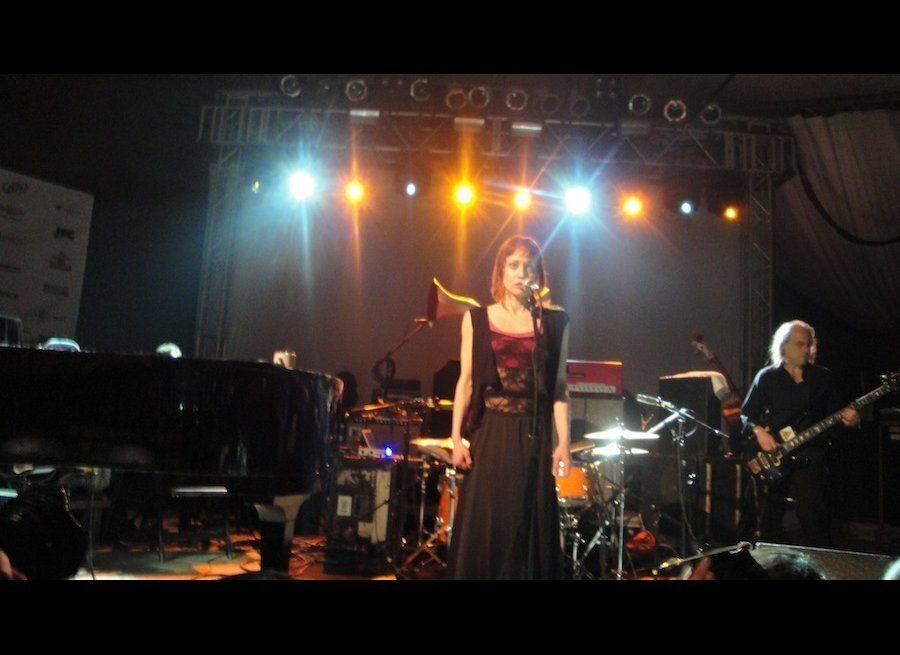