A firefighter is one of seven people arrested in connection with the violence that broke out after the U.S. Open of Surfing in Huntington Beach, Calif. on Sunday.

Michael John Lytle, 30, was arrested on suspicion of disorderly conduct and resisting arrest after the melee. A resident of Anaheim, Lytle has been a firefighter with the City of Fullerton Fire Department since 2008, reports the Los Angeles Times. Since his arrest, he has been placed on paid leave while city officials investigate the incident.

In an interview with KTLA (video above), Fullerton fire chief Wolfgang Knabe expressed surprise and disappointment at the allegations leveled against Lytle.

"This is not something that I would have expected from this individual, or any firefighter for that matter," said Knabe to KTLA. "Traditionally we're held in pretty high esteem in the community, and for any organization, when something like this happens -- it's not a good thing."

In particular, Huntington Beach police are looking for the suspect that was caught on camera using a stop sign to break the display window of the Easyrider Bike Shop. Police posted a photo of the suspect breaking the window, then celebrating, on the department's Facebook page: 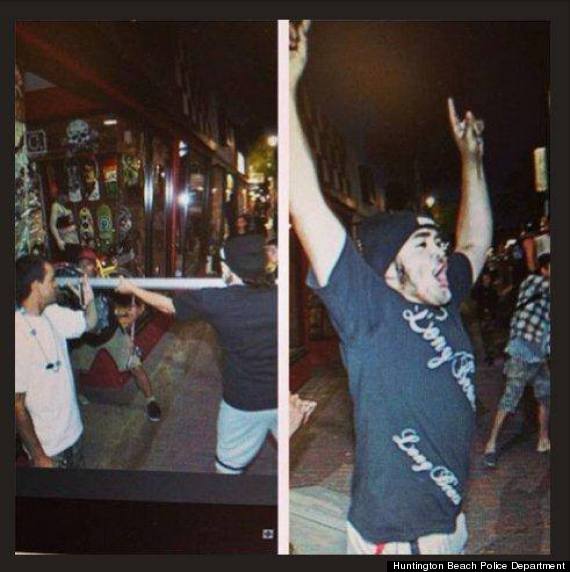 Other sites mistakenly identified him as West Covina resident Illario Niko Johnson, but police have eliminated him as a suspect who broke the window.

During a city council meeting Tuesday, some residents spoke out against events like the U.S. Open of Surfing, which seem to usher in a culture of lawlessness to the otherwise idyllic beach town, reports KTLA. One woman who stood at the city council meeting podium put it this way:

"The public urination, the drunkenness, the pot smoking, the drugs. The massive amount of littering. I think the residents downtown have had enough."

Below, several videos uploaded to YouTube capture the worst of the riot.

This video shows a group of people fighting on the street, surrounded by a large crowd.

This video shows a group of people pulling a stop sign from the sidewalk.

This video shows people attempting to overturn a city-owned vehicle. 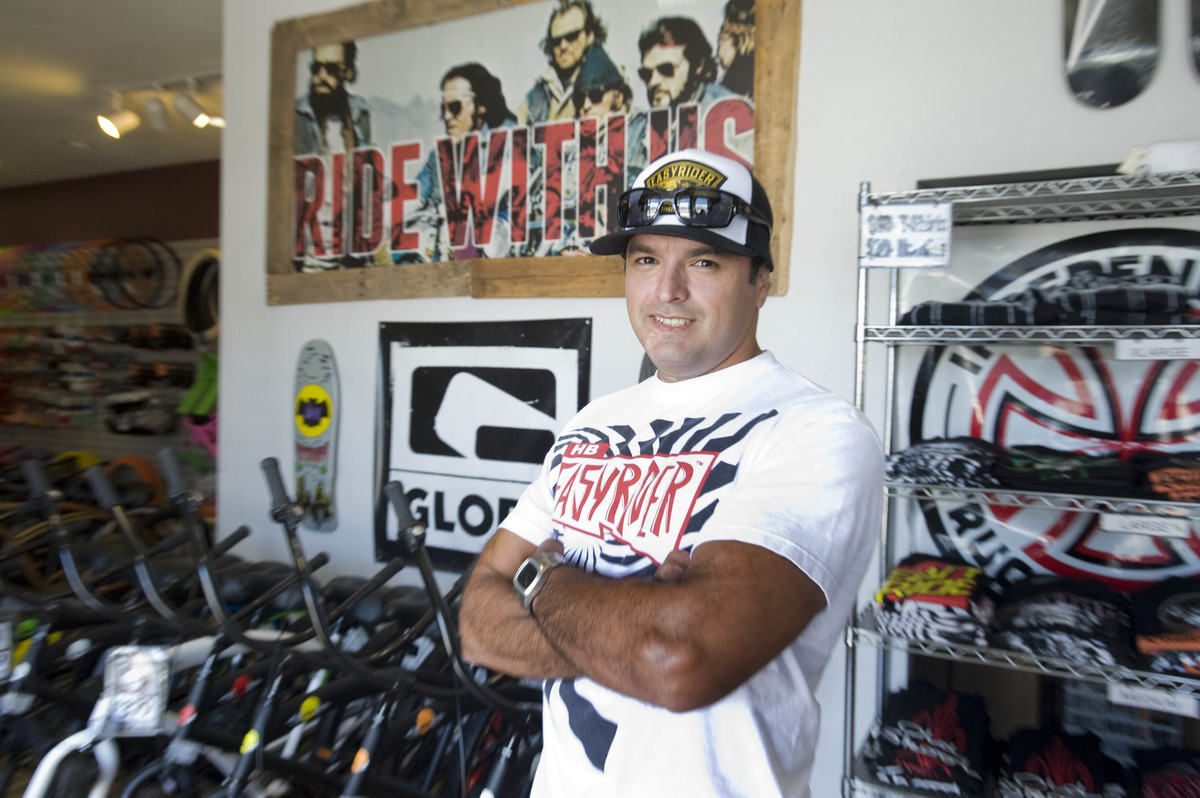 1 / 7
Bert Etheredge
Easrider Bike Shop salesman Bert Etheredge poses for a photo at the shop in Huntington Beach, Calif. on Monday, July 29, 2013. Etheredge was working at the Main Street shop Sunday night when looters smashed through a store window and began to steal merchandise. One got away, but he managed to wrestle a $5,000 beach cruiser away from one looter. (AP Photo/The Orange County Register, Joshua Sudock) MAGS OUT; LOS ANGELES TIMES OUT
AP