While the South drowns amid a succession of unprecedented and record-shattering hurricanes, the West is burning.

Some 172 fires are burning across the region, 78 of which the National Interagency Fire Center considers “large” incidents of greater than 100 forested acres or 300 grassland acres.

So far this year, more than 8 million acres have burned, scarring and scorching western Montana and the Pacific Northwest, and smothering cities as far away as Denver in thick smoke.

That’s nearly twice the 10-year average of 5.5 million acres, and it’s taking its toll everywhere, including on state budgets.

Nine firefighters have died since the beginning of 2017 (two of them in training) and another 35 were injured, reports the Associated Press. Upwards of 26,000 are currently deployed across the West fighting the blazes.

“It has been a long and challenging fire season in Montana,” the state’s Gov. Steve Bullock told the Helena Independent Record Thursday. “We’ve had losses to homes, livestock, forage and infrastructure, and we’ve tragically lost the lives of two wildland firefighters.”

Montana has already spent $53.7 million fighting the wildfires, far exceeding the $32.5 million it had set aside this year for the purpose. Lower than expected state revenues forced the state to cut its fire fund in half in April.

Oregon, too, has been hit especially bad. More than a dozen large fires are ravaging the state, including the Eagle Creek Fire, which has ignited tens of thousands of acres of Oregon’s iconic Columbia River Gorge:

Despite a handful of devastating fires in the state of Washington, some adventurous golfers in North Bonneville still made their tee time earlier this week, resulting in a viral image of stark contrasts.

And in California, home to at least a dozen more blazes, firefighters have finally got a handle on the more than 7,000-acre La Tuna fire, the largest in the history of Los Angeles:

On Thursday, a bipartisan coalition of U.S. senators representing nine Western states sent a letter to Senate leaders Mitch McConnell (R-Ky.) and Chuck Schumer (D-N.Y.), urging them to include a wildfire funding fix in any disaster aid packages for hurricanes Harvey and Irma.

At present, underfunded federal agencies have to take funds from fire prevention measures to actively fight fires, the senators noted. So far this year, the U.S. Forest Service has already spent more than $1.7 billion to that end.

“We stand ready to work with our colleagues in a bipartisan way in Congress to do everything we can to ensure the victims of Hurricane Harvey get the assistance they need,” the senators wrote. “As we work to assist Texas and Louisiana on the road to recovery, please do not forget about wildfires – the natural disaster currently raging through the West.”

While Hurricanes Batter The South, The West Is On Fire
Major Earthquake In Mexico Kills Dozens 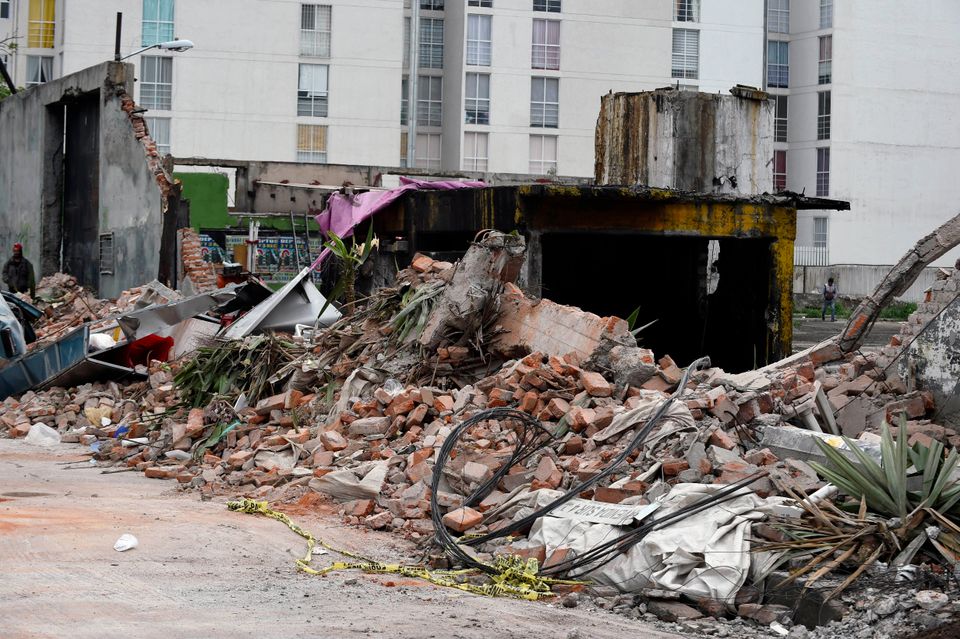