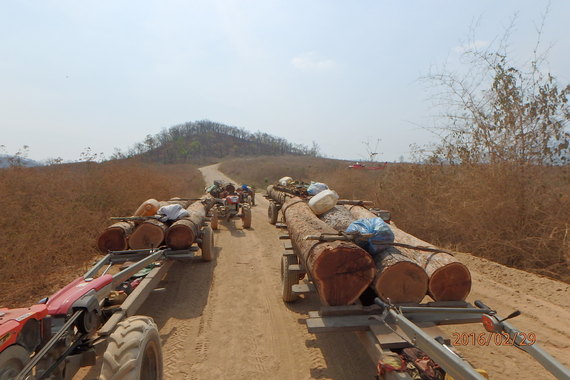 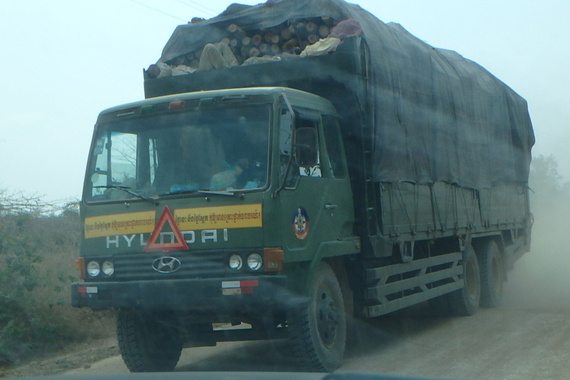 I would like to share with you a big problem that I am fighting in my forest protection job. A powerful illegal logging ring is wiping out the protected forest on the northeast. It is similar to guerrilla warfare: our rangers are hiding in the forest to catch the loggers in the act. They have arrested dozens of men and seized more than 400 chainsaws. But they continue anyway. There are hundreds of them, chopping down every single tree, selling construction timber to a huge illegal sawmill nearby and transporting the other trees as 'firewood' to garment factories in the capital, Phnom Penh.

This 'firewood' business is wiping out entire sections of tropical forest. Just one factory can receive up to 5 enormous trucks loaded with 'firewood' every night. The companies prefer to use 'firewood' rather than use the electricity from the city because this is much cheaper and they can make a bigger profit.

Local loggers are well organized: they carry their chopped trees to different meeting points along the roads where large trucks are waiting. Logs are loaded onto the trucks and shipped to factories around the city.

That means that we have two targets: the sawmill and the garment factories. Yesterday, we went directly to the illegal sawmill factory to speak face-to-face with the operation manager. Easier said then done! The rangers and Wildlife Alliance law enforcement staff were stopped by armed guards and a wall of workers. We were informed that the boss would not speak with us. After 20 minutes of back and forth - one of the armed guards was carrying our messages to the boss - we finally got his phone number and were able to speak with him over the phone. Our message was clear: either he stops his illegal logging activities now, or we go higher up and bring the report to the ministries and to the Prime Minister himself.

Now, we are waiting. But we won't wait for long. Our plan is already in place and we are ready.

As you can see in the photo, the 'firewood' collected does not correspond to what we usually refer to as 'firewood' used by indigenous people in the developing world. The international donor community commonly believes that local people in developing countries are collecting small amounts of 'firewood' for their cooking needs and doing it in a sustainable way. But this is no longer the case. 'Firewood' and charcoal have become large-scale commercial exploitation and is all for profit. They are wiping out entire forests. There is nothing 'sustainable' about it.