Is it just us or is no one mildly into CrossFit? The people who love CrossFit really love CrossFit... and the rest of the world seems to think the "sport of fitness" is basically out to kill them.

While it certainly can be dangerous, it can also be an efficient and powerful addition to an otherwise varied exercise routine, depending on your particular fitness goals. But the intimidating nature of the most hardcore fans might keep you from knowing so.

To help take the intimidation factor down a notch, we spoke to Hollis Molloy, coach and owner at CrossFit Santa Cruz and Austin Malleolo, head coach at Reebok CrossFit One in Boston, to get the details on what to expect at your first workout.

It's Not Going To Be That Intense Right Off The Bat 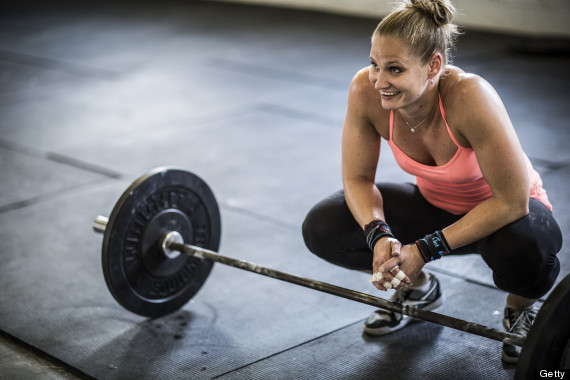 When you hear about injuries due to CrossFit, at least some of the danger is a result of newbies doing too much, too soon, says Molloy. He says intensity should be the last thing on your mind at your first workout. "Most gyms focus on the fundamentals and the mechanics of the movements before we introduce any of the intensity," he says.

Every gym is a little different when it comes to the specific structure of those first few introductory classes, but no coach is waiting for a beginner to show up so he or she "can cripple you," he says. If you're timid about getting started, it's okay to take it slow. "Do about 50 percent of what we tell the rest of the class to do," he says. "I want you to come back tomorrow."

But You Will Work Hard
So you won't be doing the most advanced moves in your first few classes, but hard work is what gets results, says Malleolo, so don't expect it to be too easy, either.

He equates your first CrossFit workout to your first week at a new job. In those early days, everything you do is tiring because everything is new -- you don't even know where the bathroom is, at first. "But a couple of months later," he says, "those things are second-nature." You're going to be tired and you're going to be sore, but those are important reminders that you put your body through new positions and need to recover, he says.

There Are Nine Basic Movements
Speaking of the basics! There are nine fundamental movements to master first. "We use those foundational movements as an introductory piece," says Molloy. "I can add on more skilled movement to that, but I don't want to start with the complex movements and then try to backtrack," he says. Those moves are: air squat (without the bar), front squat, overhead squat, shoulder press, push press, push jerk, deadlift, sumo deadlift high pull and medicine ball clean. Both coaches echo the idea that the movements are rooted in everyday life. "I have a two-year-old boy, and I have to pick him up from the floor often. That's a deadlift!" says Molloy. Or, says Malleolo, think about going from sitting to standing. You probably don't think about your form, but it's basically a squat. "We're wired to do them," he says about these basic movements. "We're in pursuit of being able to do whatever life throws at us, and we want to be able to do it well." 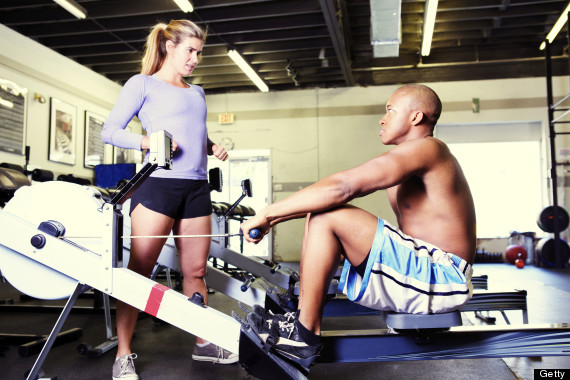 Or a good gym. That's where the good coaches will be, says Molloy. So what makes a good coach? "You want to feel cared about," says Malleolo, that the gym has a "coaching staff and community that are invested in who you are as a person."

The Gym Is Called A Box
Training spaces are not your typical amenity-filled gym -- there are no fancy bathrooms or showers, TV screens or treadmills, just four walls, says Molloy, "an empty box that we inhabit."

There's This Thing Called A WOD
CrossFit workouts vary by day, and as such they are called the WOD, or workout of the day. Some gyms create their own. Others use the daily routine posted on CrossFit.com.

Classes are generally structured around the WOD, says Molloy. Most include 10 to 15 minutes warming up and 10 to 15 minutes honing certain skills for the workout that's coming up. After the WOD, there's typically an easy cool down, he says.

Be Prepared To Get At Least A Little Competitive 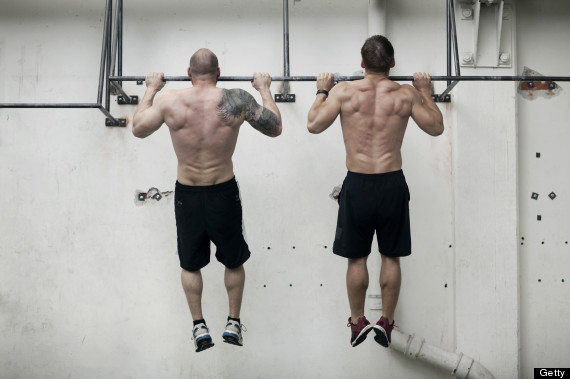 Most boxes keep score of repetitions completed or weight lifted during class. There are two benefits to this friendly competition, as Molloy sees it. First, it allows you to track your personal progress with a more concrete measure than simply "I'm less tired than the last time I tried that… I think!" You can look back at how much weight you lifted or how many repetitions you could complete three months ago and see that you're getting fitter, he says.

Keeping score also helps you push yourself just a little bit more, he says, especially if you've got a workout pal. "If my buddy is there and we're at relatively the same fitness level, and he did 25 reps, I might try that much harder to make that happen," he says. That's by no means the goal, he stresses, but a little competition gives you an edge that you just won't get doing the same moves alone at home, he says.

Wear Comfy Clothes
Anything you can move in will work, says Molloy. And a flatter sneaker is probably best, he says, since a big cushiony heel could throw off your balance for some of the movements, he says.

It's On The Pricy Side
One of the major complaints against CrossFit is the high price tag, but "you pay for what you get," says Malleolo. If you're looking for a premium product, expect to pay a premium price, he says. Plus, the amount of coaching and the community aspect are unlike what you'd get with a membership to a typical gym or even with a few personal training sessions each month, he says.

Also, keep in mind that big fans spend a good deal of time at their gyms. Going three times a week will certainly give you results, says Molloy, but it's the people who train five or six times a week that have "radical, life-changing" results, he says.

Maybe that's part of the reason there's such a strong sense of community among CrossFit devotees. There's a lot of mystery around this bonding process, admits Molloy, but he supposes it's got something to do with going through a trying experience together. "The shared highs and lows -- the frustrations and the great successes -- that really bonds people," he says.

Anyone Can Do It
"One thing people don't truly grasp is that CrossFit is really a universally scalable program," says Molloy. Beginners might think of it as too intense or only for the super-fit, he says, but "my mom does it, and she got her first pull-up at the age of 60. If somebody at that age can reap benefits, I doubt there's anybody who can't."

The intensity is part of the marketing scheme, when you think about it, says Molloy. "If I have a program designed for an elite athlete, I can probably convince my mom to try it out if I say 'I know it sounds scary but I can make it attainable,'" he says. "But if I go to a high-level athlete and say 'I have this program that's so great, my mom does it!', the chances of them wanting to participate are much lower."

"Anyone can do CrossFit," says Malleolo. "but it's not for everybody."