It can put me in a weird place when asked to participate in a show as an artist or curatrix. A lot of the time, I feel it's more about the asker, who hopes I'll fall into the trap of shameless self-promotion and by extension give their project exposure, rather than it being about a bigger picture of how we mesh. I am naturally a bit wary of people who offer me things and want me involved in their projects-maybe I have watched too many Lifetime movies and telenovelas, but I pretty much suspect ulterior motives from people, so I end up saying no more often than yes. Creating an art piece takes a certain focus that takes me out of my writing headspace, which is why I only showed twice this year (and not in shows I curated). I curated seven shows in 2014 and turned down as many, trusting my gut more than my brain (and I don't always write about shows I'm doing--whether as an artist or a curator). By the time January 2015 draws to a close, I will be into my ninth curation, relying on instinct more than intellect to make my choices, and on what brains I have along with some elbow grease to do this.

In 2013 I took Curators College, six-week class in curation from Coagula Curatorial owner (and fellow HuffPo contributor) Mat Gleason, which is where I met Wini Brewer. Mat paired us up to curate a one-night show using art pulled from his office storage space. Wini was the oldest person in the class--she exuded dignity and reserve while my grace and charms are um, a bit more earthy. In the course of pulling art, designing a concept and and getting the night together, Wini and became colleagues and I discovered her playful and profound side, while she resolutely tapped into the nicer and more efficient parts of me. Our Coagula pop-up was success; we sold art, made people happy, got some accolades. That night led to me being able to launch "Two Johns and a Whore" nine months later, and well--here I am, due in a large part to Wini being Wini and Wini letting me be a very effective aspect of myself.

When the time came to curate the Homeboy Industries 5K pop-up, Wini was one of the artists I thought of; her art is friendly, approachable but with a subversive edge. Wini likes to disrupt the status quo with color and the juxtaposition of graphic elements, and she does it in a very ladylike and elegant way. She also volunteered, showing up at 5am helping to hang art (and to take it down six hours later), showing the over eighty pieces of art from fifty artists that hung on a chain link fence to hundreds of visitors.

Then Wini asked me to curate her show "Recent Paintings" which opens January 6 at Barbara's at the Brewery. I have another show opening January 14 at the LA Art Show, I have a series of articles and assignments due that are lined up like planes waiting to land at LAX on a holiday weekend, and yet, I couldn't say no, especially after seeing the scope and breadth of her work 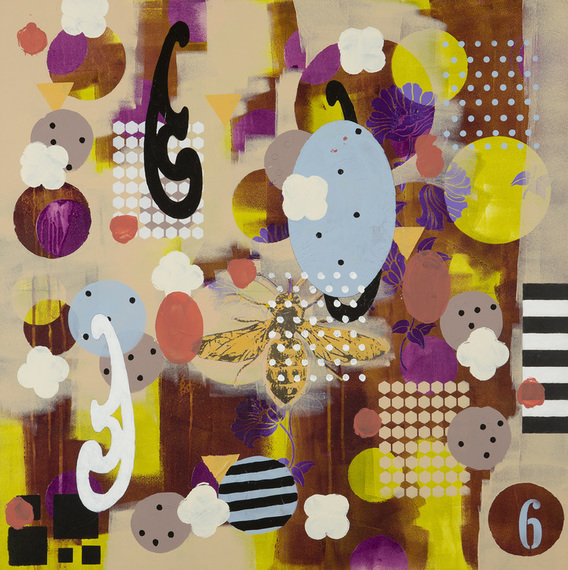 To some people, Wini's art and me seem like not-a-match. I primarily work with artists who are very different from Wini: heavily tattooed, intense alpha males, most of whom have at least one arrest on their record. Wini is from Hartford, Connecticut and worked in Richard Nixon's White House. But despite the superficial cultural differences, there are similarities: these artists work with visual vocabularies-stencils, symbols, numbers, letters-that reveal subconscious and unconscious dialogs through painting and scratching and layering; they flow their themselves onto the canvas without censorship. And they all have the same goal: they create because they are driven to make their mark. As I selected art for her show, Wini laughed:


The same sentiment is holds true with artists I'm hanging at the LA Art Show. They do what they do so people know they are here, to express their struggles and triumphs, to show people their world--the interior and exterior, to connect and resonate.

Wini brings forth her interior world using birds and bees, flowers, arabesques and scrolls. She layers acrylic brushstrokes and stencils, letters, numbers and patterns. It's bright, friendly, accessible art, but beneath the surface cheeriness, using a her visual vocabulary, she asks questions about what it means to be a woman, a daughter, a wife and a lover. She draws on Emily Dickinson, environmental concerns, Americana, numerology, mythology to create rich visuals, a mille-feuille of contexts and subtexts.

I have a fantasy of seeing a mural by Wini Brewer up on a city wall in LA, with additions and elaborations from a group of experienced Cholo graffiti artists, mixing my worlds, the co-mingling of a sweet 70-something year old lady with brazen dudes.

Without meaning to become one, Wini is a role model for women as we age: Twenty some odd years ago, when she was fifty, Wini went to art school, studying painting, drawing, photography, and sculpture at Art Center College, California State University Long Beach, and University of California Los Angeles. She married a younger artist and they live/work out of their studio home in the California desert and their spaces at the Brewery. She recipient of two Vermont Studio Center residencies, and she has exhibited throughout Southern California at galleries that include Kerckhoff Gallery UCLA, Pharmaka, Coagula Curatorial, La Luz de Jesus, Crussell Fine Arts, Red Dot Gallery, LA ArtCore, Barnsdall Art Center, and the Palm Springs Art Museum. She is over 70, paints daily, is creating a book about her art, and embraces life with a glorious spirit and sense of wonder. Her art expresses an agelessness, yet reveals the wisdom of experience.

Wini will be celebrating her opening at Barbara's at the Brewery with a reception that also marks her birthday; there will be cake to go with the many beers on tap. 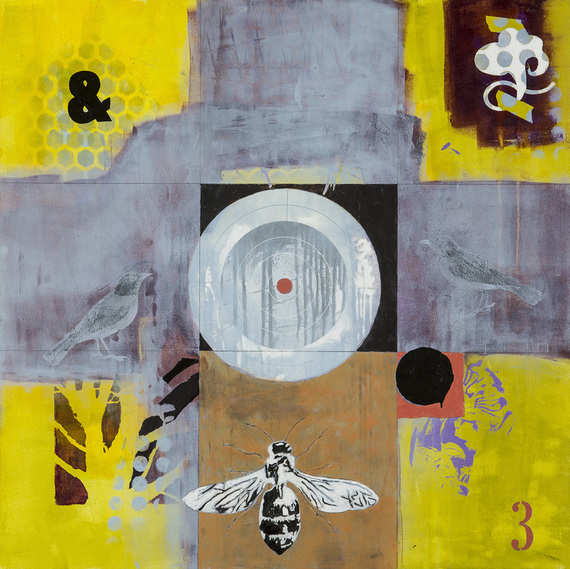 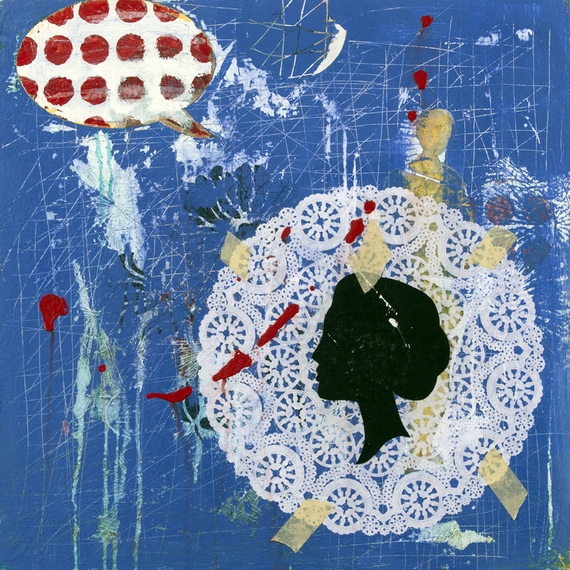 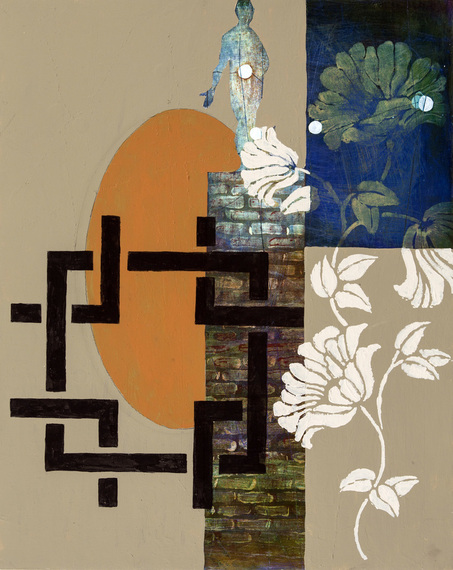