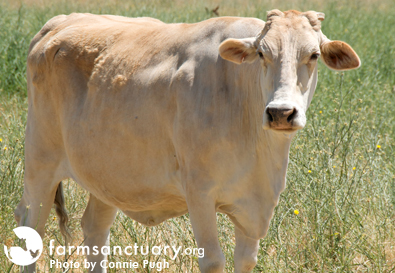 "Being admitted to the profession of veterinary medicine, I solemnly swear to use my scientific knowledge and skills for the benefit of society through the protection of animal health and welfare, the prevention and relief of animal suffering, the conservation of animal resources, the promotion of public health, and the advancement of medical knowledge."

After the Florida vote, Farm Sanctuary pressured the AVMA to rethink their policies on several issues and we conducted a survey of veterinarians across the U.S., which found that more than 80 percent considered gestation crates and other cruel farming practices to be objectionable. In response, AVMA started refining some of their positions, including the adoption of a policy against the tail docking of dairy cows. Still, despite these positive reforms, the AVMA maintains close ties to the factory farming industry and it continues to defend practices that most citizens and veterinarians consider to be outside the bounds of acceptable conduct.

The AVMA's recent decision to update the veterinary oath is a positive step and it's a reflection of a more humane attitude that is emerging within the veterinary profession, especially as new veterinarians -- many of them women -- take up the vocation. Explicitly recognizing the importance of protecting animal welfare and preventing animal suffering represents important progress. As veterinarians come to take this oath seriously, and as they begin applying it in the real world, the days of factory farming will be numbered.