I have been in Lhasa for three days, arriving under special permission from the TAR Party government as the first foreigner to be allowed into the Tibet Autonomous Region (TAR) since the March 14 riots shook the city and drew the attention of the world. While the situation in Lhasa can be described as 'sensitive,' and destruction of property and loss of life from the riots significant, the city two months later appears to me to have a sense of normalcy and ease. What is apparent and rather sad is the absence of tourists whether foreign or Chinese. While the TAR has recently opened to Chinese tourists, the region will remain closed to foreign guests for several more months. The impact of this has been no more apparent than at our hotel, The Grand Tibetan, which has I would imagine around 500 rooms, but now is hosting only our party of six as guests.

The purpose of my trip to Lhasa has not only been to witness the city in the aftermath of the riots - there are still many burnt out shop fronts and shells of buildings - but to discover for myself what is meant by the term 'Tibetan culture' and its current welfare. 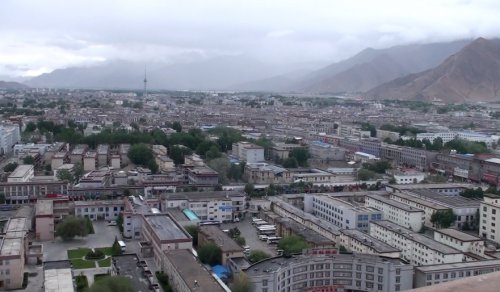 His Holiness the Dalai Lama over the last number of years has said that "cultural genocide" was taking place within Tibet as the result of modernization and the settlement of Han Chinese. I hold the Tibet Issue and the relationship between China and the West close to my heart, and I wanted to see with my own eyes the real state of Tibet.

It is difficult to appreciate the present day Tibetan Autonomous Region without physically traveling to Lhasa in order to see both the ancient and sacred sites situated on the High-Plateau, but also to witness the amount of development that has occurred since 1950. It is almost impossible to image that just 58 years ago, before Tibet came to be governed by the Chinese, it held one of the most repressive systems of feudal serfdom in history. A system that was based on a harsh disparity between the ruling religious-aristocratic class - of which successive Dalai Lama's were at the head - and the serfs, who were viewed as sub-human, sold or traded as slaves by a regime that exercised stringent and barbaric modes of punishment in order to maintain social control. If this system, existing from the 1600's until the late 1950's wasn't a crime against humanity I don't know what is.

In a conversation I had with a TAR Party official, the Director-General of the Cultural Department responsible for overseeing the restoration and protection of over 2300 ancient and sacred Tibetan sites, I asked him what had been the most significant change since his birth in 1950. He said that up until 1963 when the Chinese government took a more active role in regional development, there had only been one school in the entire area. After 1963, numerous schools opened up, and in time some of these schools turned into universities. In 2006 the TAR was said to have 890 elementary schools, 1,568 teaching centres, and a total student body of 329,500. His education, and his rise to Director-General - as opposed to pursuing either a life as a monk or a military officer due to his lower status - was made possible he said only by "the Communist Party." 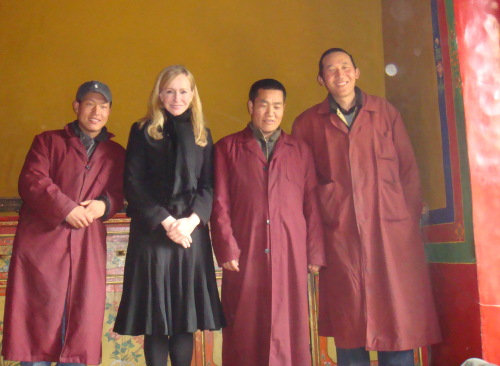 This is what I have found most striking about my visit to Lhasa. The city itself is fully developed, no one is starving, the new generation of Tibetans is educated, and there is abundant economic opportunity. More importantly, and what contradicts the criticism of His Holiness the Dalai Lama, is that there is a growing effort and awareness to preserve, enhance and promote Tibetan culture. When His Holiness uses the phrase "cultural genocide" it begs the question, which Tibet is he actually describing? It certainly is not the one I have seen with my own eyes. The TAR also contains three UNESCO world heritage sites that come with a seal of approval in respect to cultural protection that is not easily obtained.

Prior to my trip to Lhasa, organized by key TAR Party members I met with high-level officials in Beijing in order to discuss a strategy for the cultural preservation of Tibet as well as the promotion of Chinese culture within an international context. I prefaced these meetings by explaining that I felt that culture was at the heart of many of our conflicts today, and therefore cultural diplomacy could be seen to play a vital role in diffusing tensions within the TAR, and to help the West gain a greater understanding and appreciation of China.

This message was also conveyed to the Vice-Chairman of the TAR Party with whom I spoke at length about cultural preservation and the role of cultural diplomacy for Tibet. What has been evident from the dialogue and visiting various historical sites, as well as driving through the streets of Lhasa, is that Tibetan culture is well preserved and in fact flourishing, yet no one knows about it. Of course it has to be acknowledged that Lhasa like many other cities today faces the dilemma of modernization and globalization - on the one hand a requirement for development, and on the other the need to protect ancient local culture and a fragile environment. Yet in speaking with officials of the TAR, I can see that there is a real opportunity to mitigate this impact and to preserve the uniqueness and the beauty of Lhasa and Tibetan culture.

Since the March 14 riots and the criticism of the Chinese government by His Holiness I have actively made appeals to Heads of State and the western media to learn the facts about the demands of His Holiness as part of the 'Middle Way' approach. The key message these texts contained, and a message that is still applicable to the current negotiation between the envoys of His Holiness and the Chinese government, is that His Holiness is seeking political control of over 25% of China, extending Tibet beyond the borders of the TAR. I can assure you that this demand will face a brick wall from the Chinese due to its lack of pragmatism and good will. This message has also included an appeal to His Holiness to moderate his demands and to work with, not against the Chinese, for the reason that his constant negative criticism is fueling separatism and further destabilizing relations between China and the West. 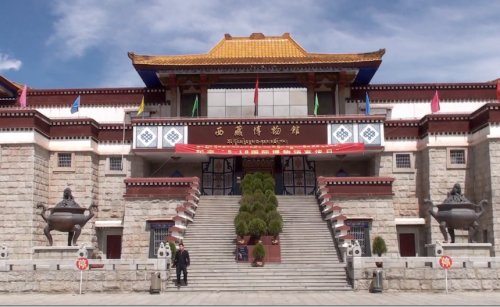 We do not want, and in fact cannot afford, to turn China away from its current policy of a peaceful, gradual rise onto the world stage, towards a policy of aggression. Both the criticism of His Holiness and the criticism of western leaders of China over Tibet must end. It not only fuels antagonisms inside of the TAR, but it has caused a deep hurt and in fact a deep anger amongst not just the Chinese leadership, but the people. We all witnessed the protests against the popular French supermarket Carrefour inside of China. These protests were not ordered by the state but came from the swell and the sentiment of the people, hurt from yet another denouncement of China by a western leader and the Olympic games on account of His Holiness. This form of criticism is pushing the Chinese people to their limit, and we cannot afford to turn a generation of Chinese, who are in fact working towards greater openness and integration with the world, away from this path.

We must not allow His Holiness to further box China into a corner over the Tibet issue. This strategy, compounded with criticism by western leaders can only lead to further alienation and strained relations with China into the future. There is an urgent need to move away from Cold War thinking, one that saw the CIA support His Holiness to gain a strategic advantage, and find new ways to bridge between China and the West. Yes questions of human rights, transparency and the protection of the environment remain, but I can guarantee that the Chinese are in fact willing partners in dialogue on these issues.

The recent decision by the German Foreign Minister and Vice-Chancellor Frank-Walter Steinmeier not to meet with His Holiness during his recent trip to Germany can be seen as a positive sign that some western leaders are starting to become aware of the delicacy of the Tibet Issue, one prefaced by a set of unreasonable demands by His Holiness. We must urge many other Heads of State and policy advisors to adopt this clear-headed position since it is obvious that if a similar demand - 25% of a nation's territory and de jure political independence of that territory - were issued to a western nation, it would be met with severe resistance.

In speaking with Chinese officials I have been told on numerous occasions how much they regret the Cultural Revolution. This attempt to overcome and move away from this period is not only seen in the amount of money spent on cultural preservation of Tibetan culture but the support and promotion of culture throughout the rest of China. It is truly astonishing.

To help with this effort of cultural preservation of Tibet and of China's many cultures, our Foundation (LTB Foundation) will be launching an international platform with the support of the Chinese government and the TAR party. This platform has been developed with the recognition that the problems facing China, the TAR and the lack of understanding and communication with the western world require a cultural solution. This platform will also be launched in order to address and further facilitate China's integration into the global system. We will announce this platform to the world in order to draw international support, and we will also use it as an opportunity to welcome and invite His Holiness to be a part of this process.

While visiting the Norbulingka monastery, I spoke with one monk who asked me what I thought about Tibet and about Lhasa. I told him I thought it was beautiful, it had beautiful culture, and beautiful scenery. He responded to me by saying that this was "not important." I responded, asking him what he felt was the most important. He told me it was the "people...you come to Lhasa for the people." Wise words indeed.