Massachusetts became the first state to legalize same-sex marriage nine years ago on Friday, after the Massachusetts Supreme Judicial Court ruled that the state may not "deny the protections, benefits and obligations conferred by civil marriage to two individuals of the same sex who wish to marry." The state Legislature was given 180 days to take action. It didn't, and on May 17, 2004, Marcia Kadish and Tanya McCloskey -- a couple who had been together for 18 years -- tied the knot in the first gay marriage ceremony in the United States. 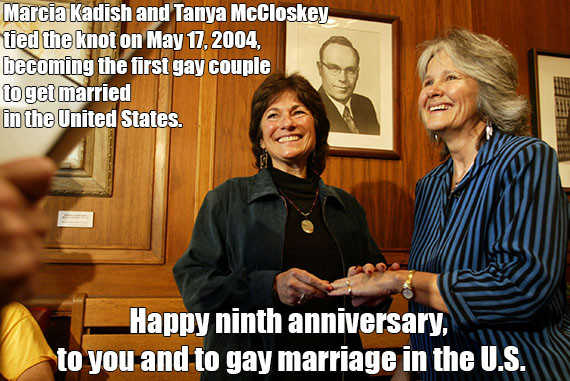 The marriage equality movement has come a long way in the nine years since. Below, a list of the 12 states -- along with Washington D.C. -- that have legalized gay marriage.