FirstGen Show is the late coming-of-age story of a first generation American woman who discovers that she wants to drop out of Harvard Medical School...to become a comedian. Her immigrant parents are less than pleased.

It is the hilarious brainchild of Yvonne Orji, writer, comedienne and actress, who relocated to the United States with her family at the age of 6. She is the youngest and only daughter in a family of four children. Adjusting to life in the U.S. early on was not easy. She was a self-described "brown girl with an accent" who didn't feel like she fit in. 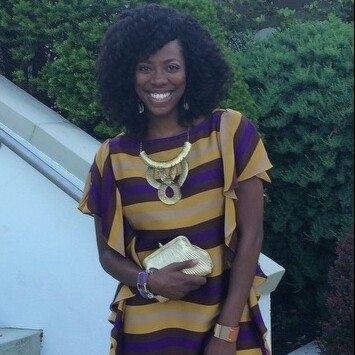 "I was the type of kid that talked to myself in the mirror," Orji said. "I would have conversations with Oprah in the mirror...I was that type kind of kid."

The First Gen show pulls from a lot of Orji's personal experiences growing up in America and trying to discover exactly how she fit here. She says her passion came later on in life in a rather unconventional way.

"My brother knew the organizers for the 'Miss Nigeria in America' pageant and he encouraged me to enter," Orji said. A graduate student at the time, she decided to go ahead and do just that.

But then, she realized she had a small problem.

She admitted that she didn't think about what her talent would be until after she entered.

" I was working full-time and going to school pretty much full-time," Orji said, "so I had to figure it out."

She thought briefly about showcasing a musical talent.

"I hadn't played the piano since 'Mary Had A Little Lamb'," Orji said.

She had to figure out something. So, she said she prayed and the answer came to her to do a comedy routine.

"It got me thinking. This is the 'Miss Nigeria in America' pageant, so what is funny about being Nigerian in America?" Orji asked herself.

To her surprise, her comedic performance at the pageant drew high praise from many audience members and people started asking her if she could replicate those same kinds of performances at other events.

"I realize that this could be monetized. I could make a living off this," Orji said.

But, she still accepted a job to work on public health issues in Liberia in the mean time. Orji holds a master's degree in public health from George Washington University in Washington, D.C. She originally planned on going to medical school before she caught the acting/writing/comedy bug.

"My parents thought that comedy was a hobby," Orji said.

But, it appears that fate intervened. Orji explained that her then employer informed her that the onset of the 2008 recession would no longer guarantee her long-term employee status.

She saw this as her opportunity to truly take the leap.

"I had two options, I either take the MCAT or give myself 4 years to make it as an actress/comedienne and see what happens, " said Orji.

She chose to give herself 4 years; because that is the length of time it would have taken to pursue her medical degree.

She started off learning the ropes in New York and honed her craft through the comedy club circuit there. She eventually landed in L.A. and learned how to better structure stories through various jobs in the entertainment industry.

Although this story is about a Nigerian family, Orji wants to make clear that the theme of the First Gen Show is universal.

Orji said that the goal of the First Gen team, including her partners, Chika Chukudebelu and Katherine Oyegun, is to get picked up by a major network or online streaming service.

However, in the event that the traditional outlets turn her down, Orji is not deterred.

"If each of our viewers donate, we could produce season 1 independently."

The donate option is available on their site. With over 25,000 views in less than 3 days of being uploaded to YouTube, she is hopeful.