The film version of "Jem and the Holograms" won't hit theaters until Oct. 23, but Universal released the first photo of stars Hayley Kiyoko, Aubrey Peeples and Stefanie Scott performing as the titular band. 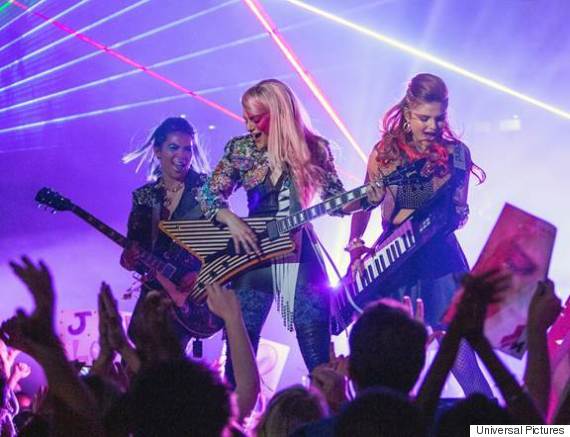 As a small-town girl catapults from underground video sensation to global superstar, she and her three sisters begin a one-in-a-million journey of discovering that some talents are too special to keep hidden. In Universal Pictures’ 'Jem And the Holograms,' four aspiring musicians will take the world by storm when they see that the key to creating your own destiny lies in finding your own voice.