For Glen Bell, the eighth time was the charm.

As Debra Lee Baldwin recounts in her 1999 biography Taco Titan, Bell started no fewer than seven businesses in Southern California between 1948 and 1957: four separate hamburger stands, two different chains of taquerias and a miniature golf course. Bell left each business within three years of founding it -- usually by selling his share of the company to a business partner or family member. 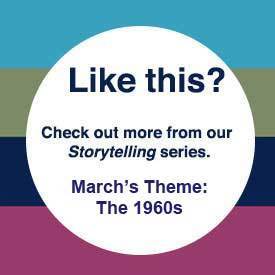 But in 1962, at the age of 38, Bell finally settled down. That March, he opened the first location of his third, and final, fast food chain, in the city of Downey, California, 10 miles southeast of downtown LA. He called it Taco Bell.

A casual visitor to that first location would never have guessed that Taco Bell would eventually become the multibillion-dollar business it is today. The wood, stucco and brick Mission-style building measured just 20 feet by 20 feet. There was no indoor seating -- just a small kitchen, an ordering window and a few tables and chairs on the patio. A clay-tile roof, arch-shaped entryways and a large metal bell set in a cavity above the entrance lent it an air of festivity -- but no embellishment could conceal its essentially modest nature. 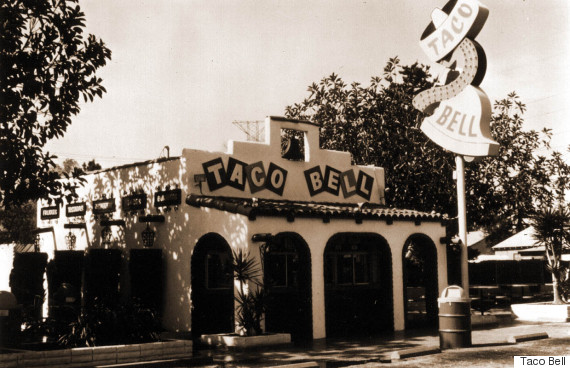 A photo of the Downey location from the mid-1960s

Yet the nascent Taco Bell also enjoyed several key advantages. Bell's prior 15 years of entrepreneurship taught him a host of valuable lessons, and helped him perfect his hard-shell taco, a novelty at the time. And this small taco stand was ideally positioned for success on Firestone Boulevard, one of the busiest streets in Downey -- a boomtown in 1962. It was one of the country's centers of aerospace engineering starting in the '40s, as the NASA facility in Downey built many of the spaceship components for the Apollo Project.

The Downey location thrived. Bell, who had always intended for Taco Bell to be a chain, opened eight more locations over the next two years. He started franchising Taco Bells in 1965 -- and by January 1967, 100 Taco Bells dotted the entire L.A. region. From there, the chain's growth was exponential. Bell sold Taco Bell to PepsiCo in 1978 for $130 million, and the soda giant's virtually unlimited store of capital allowed the chain to expand even further.

Eventually, Taco Bell outgrew that first location in Downey. In the mid-1980s, the chain underwent a major brand overhaul, upgrading many of its restaurants and shutting down some outmoded locations. The Downey location was one of those that shut down.

The Press-Telegram article said that the building appeared "slated for demolition" once Taco Bell vacated the premises. But it lingered. Over the following three decades, it was home to several different businesses -- most recently, a taqueria called Tacos Raul. In December 2014, though, Tacos Raul moved four and a half miles away, to Compton, leaving the building vacant.

The owners of the property decided that a large lot on prime Firestone Boulevard could be put to a more profitable use than an old, 400-square-foot taqueria. That month, the property management company reached out to the Downey Conservancy, a local preservation group, to say that they intended to redevelop the lot, which would mean tearing down the original Taco Bell building.

"We were kinda lucky," George Redfox, a member of the Downey Conservancy, said. "Generally we find out about these types of things when the bulldozer is already on the property, which can make it really hard to do anything about it."

The Downey Conservancy whipped into action, sending out press releases to several local publications, many of which picked up the story in mid-January. Then Taco Bell got involved. The company sent out a social media call to fans about the location using the hashtag #savetacobell, encouraging them to speak up if they want the building to avoid the wrecking ball.

Taco Bell representatives also approached the Downey Conservancy to ask if how they could help, and ended up agreeing to pay between $8,000 and $10,000 for a study to determine the feasibility of moving the structure to a new location, said Matt Prince, a Taco Bell press representative.

Katie Rispoli, a member of the Downey Conservancy who also runs a nonprofit that specializes in moving historic buildings, said she is confident that the building can be moved.

"My perspective is that there's no major structural obstacle here," she said. "I'm close to 100 percent certain it can be done. It's a matter of time, money and continuing to cooperate with the property owners, who have been very helpful so far."

Rispoli has already started researching the history of the building, and plans to start conducting the feasibility study itself in a matter of weeks. She hopes to be able to move the building to another plot of land this summer. She estimates that the total cost of moving and restoring the building would be about $400,000, not including the cost of purchasing land to serve as its new home, which has not yet been decided.

On Friday, Rispoli led me and Prince, the Taco Bell representative, on a tour of the property. The once-beige facade has been painted orange, and the ornamental edifice above the entrance that once housed the titular bell was destroyed in a fire a few years ago. 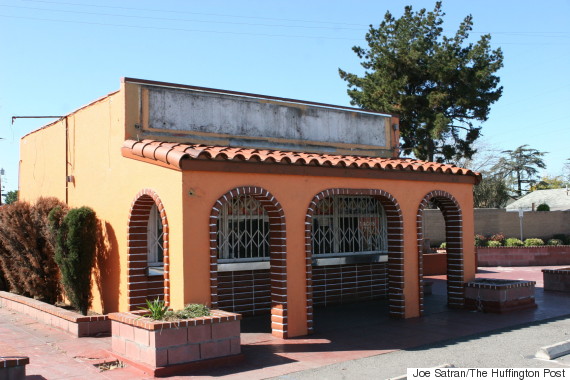 Here's a photo of the walk-up ordering window: 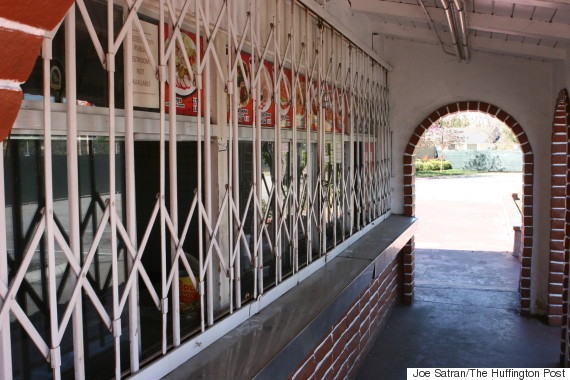 Next door to the Taco Bell building is another dilapidated Mission-style structure designed by Glen Bell. It was originally a small strip mall called Plaza Guadalajara, and in Taco Titan, author Baldwin notes that it opened the same year as the restaurant. The Downey Conservancy currently doesn't have any plans to try to save the Plaza Guadalajara building, and the property owners intend to demolish it this summer. 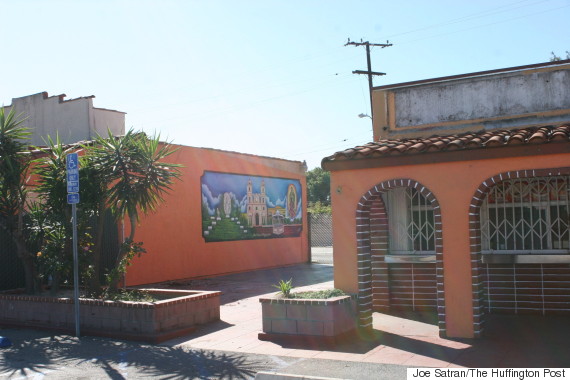 Ironically, there's a Taco Bell-Pizza Hut combination store almost directly across the street from the original Taco Bell location -- you can see it in the background of the photo below. Prince said it's been there since the mid-1990s. 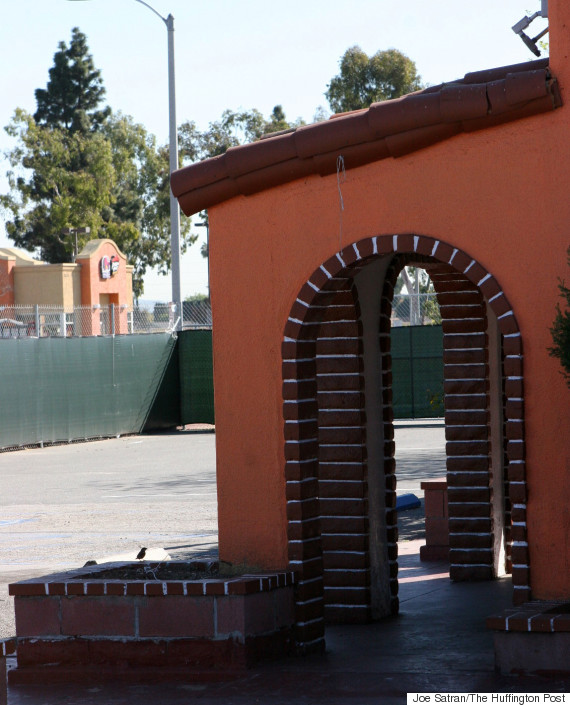 As much as things have changed, though, this photo comparison shows that a lot has also stayed the same. 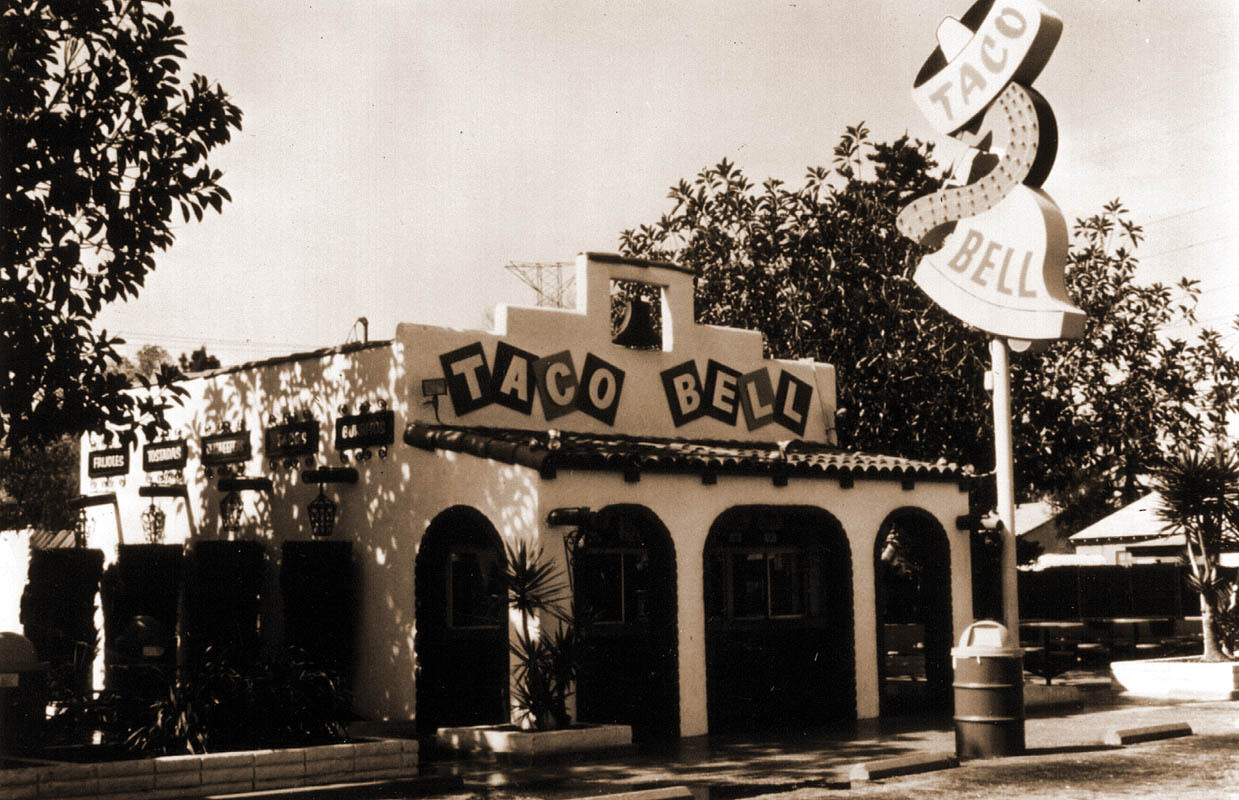 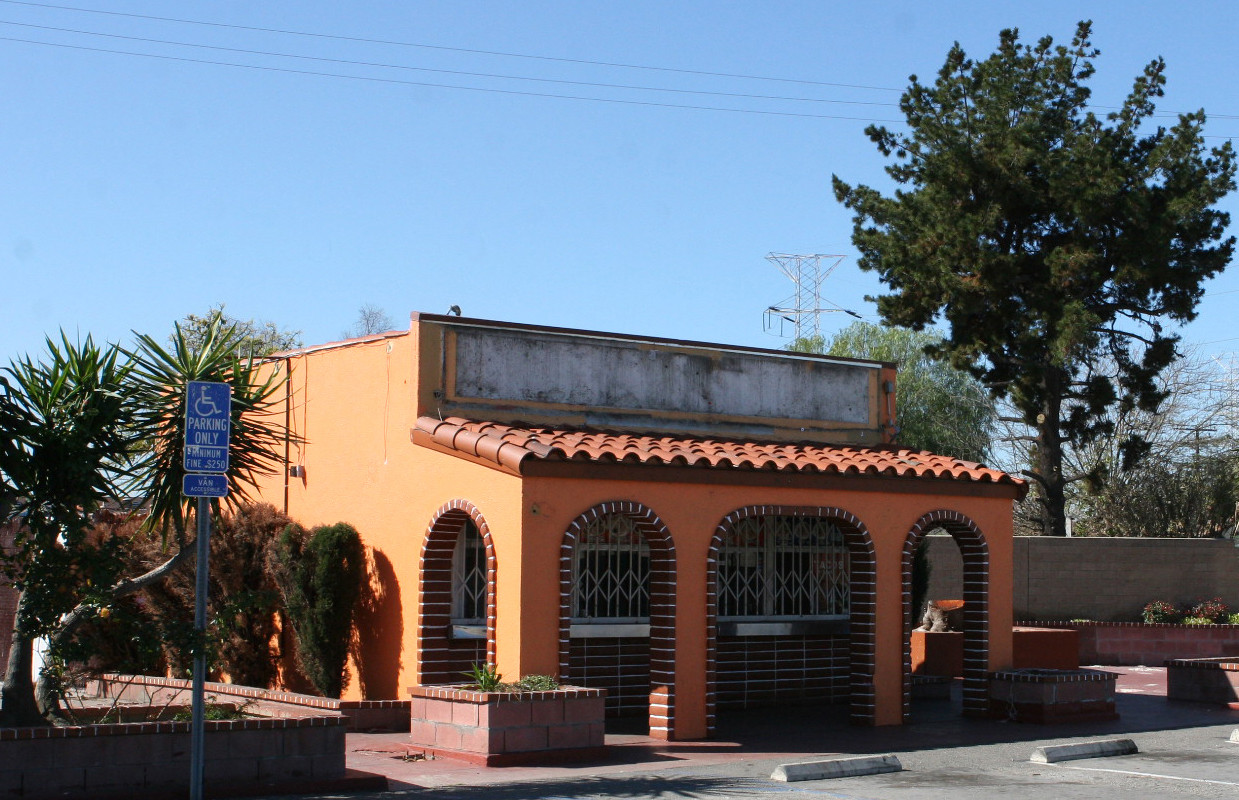 The Best Dipping Sauces For French Fries That Aren't Ketchup