Myths and Truths about Your Local Markets

Chances are there's a farmers' market near you. Over the past 20 years, local markets have blossomed from 1,700 to well over 8,000 locations nationwide. Despite headline-grabbing efforts by Walmart's 4,200 stores to aggressively source organic produce, customer support at regional farmers markets is at all-time highs. For farmers searching for a way to sell their food directly to customers, these statistics are a dream come true. 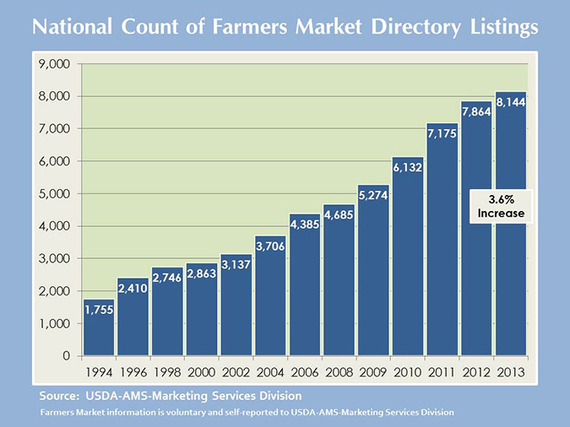 But for consumers, the sheer volume of information (and misinformation) about markets and local food must be overwhelming. It seems like everyone has an opinion, and the advice is often contradictory. So, as a farmer who's sold free-range eggs at markets for twenty years, here are several questions I'm typically asked each weekend, and my best attempt at some answers.

Myth. According to this study by NOFA, comparisons of conventionally raised produce -- on average -- are priced the same at supermarkets and farmers markets alike. As for organic products? Turns out farmers' markets are actually cheaper (again, on average) than at the grocery store.

What about the stereotype that farmers' markets are only supported by affluent neighborhoods? This study by PPS reveals that 60 percent of farmers' market shoppers in low-income areas of the country feel that their local markets offered better prices than supermarkets, and only 17 percent of shoppers cited 'high prices' as a deterrent to shopping locally.

Farmers markets are only for foodies, right?

Myth. Local food might have started out as a purely grassroots movement, but like it or not, policymakers in Washington have taken notice. In an initiative mirroring successful farmers' market pilot-programs across the country, Congress proposed an aggressive $100 million enhancement to SNAP (formerly known as Food Stamps). Budgeted for the next five years, the effort seeks to replicate the positive results of not-for-profit collaboration with local markets: accessible fresh fruits and vegetables, higher wages for farmers, and less trips to the doctor. Hopefully, there's something everyone can appreciate in this new bill. 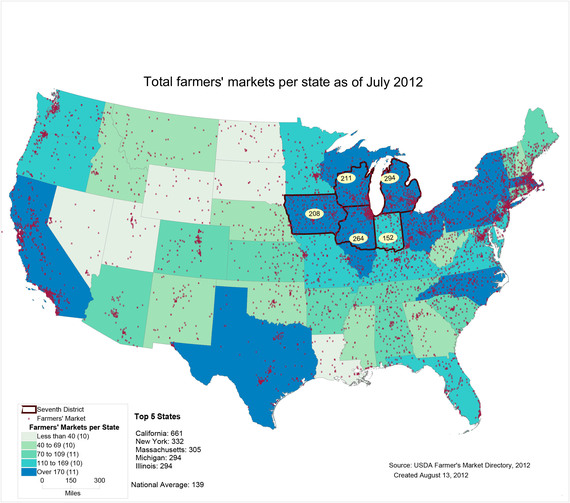 Everything at farmers' market is local and organic, right?

Myth. Much has been made of the statistic that most food travels over 1,500 miles to reach your plate. But just because you shop at a farmers' market, it doesn't guarantee that the food is local, or raised organically. While many markets insist on 'producer only' policies (i.e., the food must be grown by the farmers themselves, with distance limits to market), this isn't always the rule. The same can be said for organic practices. The best advice? Get to know your farmers at the market, and ask lots of questions.

Will I actually meet real farmers?

Yes. Speaking of farmers, research from the University of New Hampshire lists 'meeting producers' as the primary reason people shop at farmers' markets. You know your doctor, your mechanic, your favorite barista or bartender. Shouldn't farmers be in this important category as well? While not every stand will be staffed by a farmer (after all, they have crops to attend to!), chances are you'll meet plenty of bona fide producers at your local market. 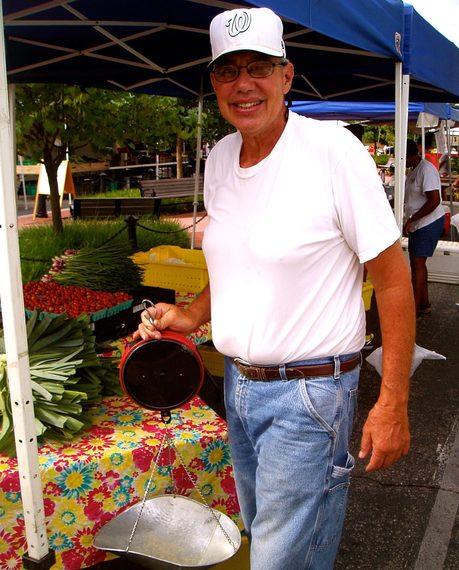 Yes. Anyone who lived east of the Pacific this winter remembers the Polar Vortex, an icy cone of weather that left even the Deep South frozen solid. In my part of the country (the Mid-Atlantic), winter lasted a full 7 months, and I spent mornings thawing my livestock troughs with a generator and a hairdryer. The relentless weather was especially hard on fruit and vegetable growers, whose seasons were delayed nearly two months.

Being connected to the weather is a beautiful reason to shop locally, but also an occasional frustration. However, seasonality is a great indicator that your food is authentically sourced; for example, cantaloupes probably won't grow in Nebraska in February. Eating seasonally isn't just about pumpkins at Halloween or turkeys at Thanksgiving. By exploring your weekend market, you'll also be exploring your local food landscape.

The bottom line: If you don't grow your own food, get to know the people who do. Farmers' markets are filled with friendly people, working hard to bring your the freshest local produce. Tis the season... Enjoy it while it lasts!

Want to know the inside scoop about farmers markets? Check out my book, named a top read by NPR and Thehe Washington Post. Click here.