*See images and video below.*
These days, it's no big deal to hear about a toilet that tweets when you flush it, sneakers that tweet when you walk, or cows that tweet their dairy diary.

Well, ready your thumbs, because there's a new way to Twitter, and it's subaqueous.

Julia Gorodetskaya (@gorodetskaya), a Ukrainian TV journalist, sent the first underwater Tweet from the bottom of a dolphinarium, TechCrunch reports.

Gorodetskaya made her 'historical' tweet from a cellphone wrapped in a plastic bag. The event was filmed and photographed to promote the Opera Mini mobile browser.

Below is an image of the first underwater Tweet made by Gorodetskaya. According to Tech Crunch, the English translation reads, "This is first in history #underwater_tweet. I told you, @netocrat." 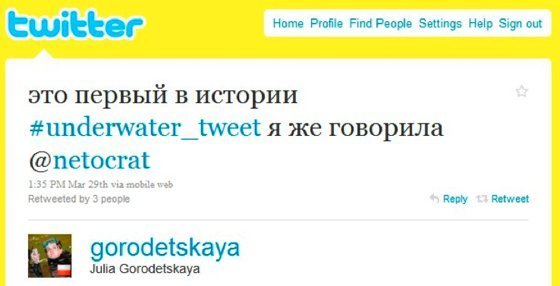 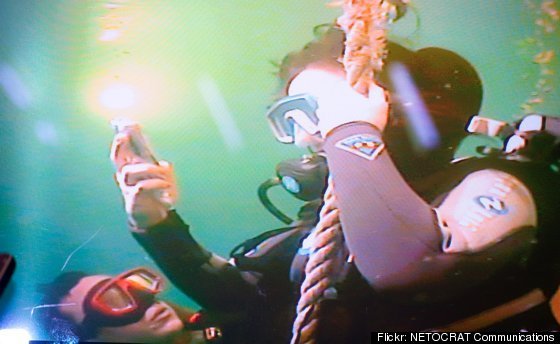