Usually, when people append the hashtag #firstworldproblems to their tweets, they're invoking situations that are, when it comes down to it, lesser boons, or merely subjective problems. (Prombles, some would say.) But a recent post at Food Service Warehouse reminds us that there is such a thing as a true First World problem.

The author did some digging to find the 20 countries that eat the most and least calories, on average, per day, then compared that data to data on income. Here are two screengrabs of the ensuing visualization: 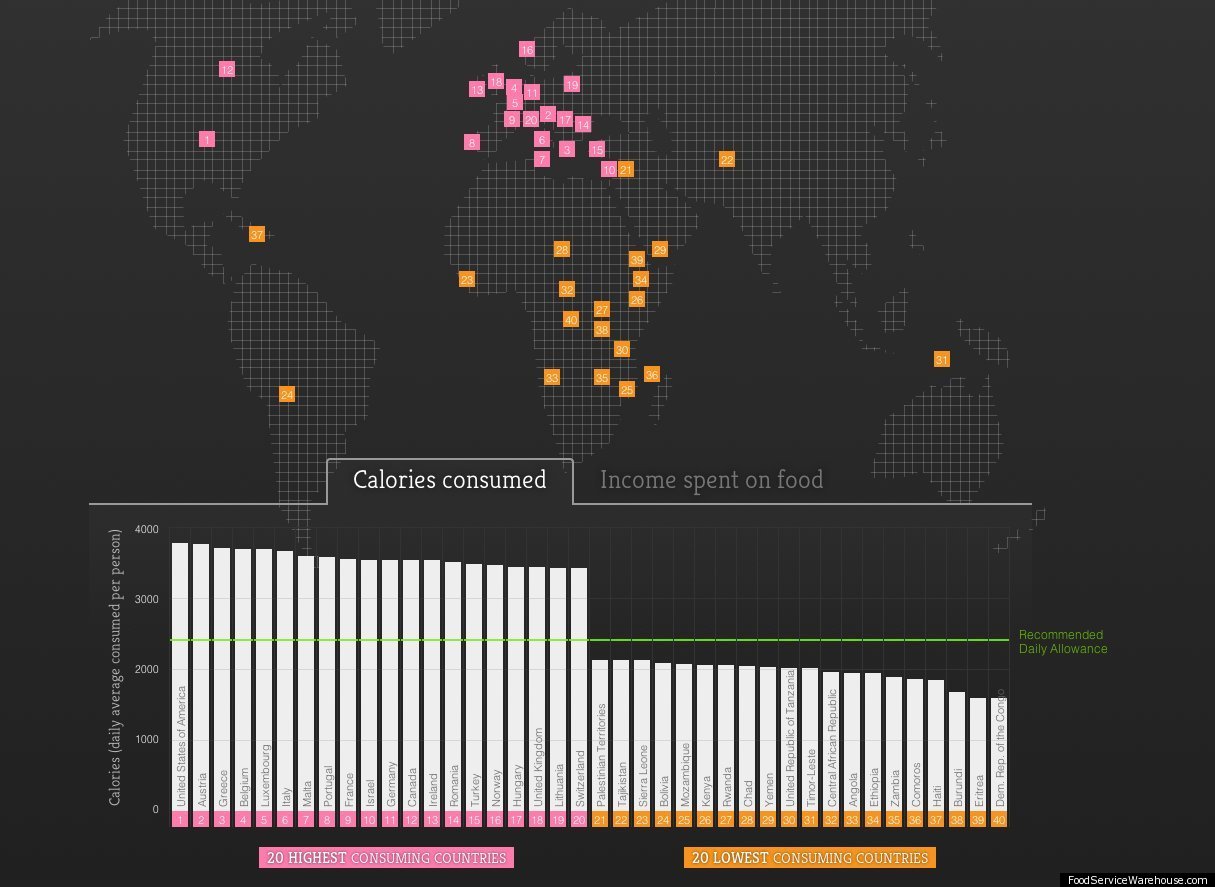 The chart clearly demonstrates that the countries that eat a lot also spend relatively little of their incomes on food. Americans, the biggest eaters on the chart, munch on a whopping 3770 a day. With the exception of Romania, which comes in 14th in terms of average caloric consumption but spends a hefty 35 percent of its per capita income on food, all of the biggest eating-countries dedicate little of their gross domestic products to food.

One possible takeaway, voiced by Fast Company, might be that people living in countries that spend the least money on food become fat because they buy mostly processed, unhealthy food. This line of thinking mirrors the prevalence, in America, of obesity in low-income populations.

But it's not quite as simple as that -- because 6.9 percent of the average American's per capita income of $46,000 is, at $3200, still far higher than 55% of the Eritrean per capita income of $683. America doesn't spend less on food than other countries; it just spends a lot more on other things.

That's not to say that there's nothing weird about America's food habits, of course: recent research has supported the link between America's macroeconomic stance and its obesity problem. But the idea that spending more will definitely lead to better health is a little misguided.