Crossposted at Boztopia and Open Left. 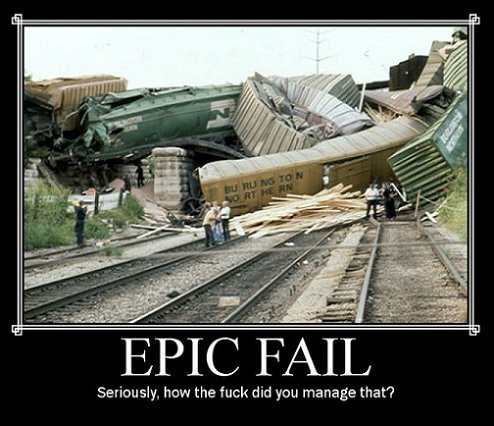 Today is going to go down as a dark day in our nation's history, as the Senate completes its total capitulation to the Bush administration and its corporate masters, through passing legislation that dramatically expands the government's surveillance powers and immunizes the companies responsible for illegally spying on us from any form of legal redress for the victims.

It's unbelievable that nearly three years of campaigning, legislating, debating, and shouting from the rooftops on this issue, one of the most important of the time, has had almost no effect. Worse yet, the new law that is about to be passed is the worst possible permutation imaginable--not only does it perform all the aforementioned perfidious tasks of justifying lawbreaking and expanding our surveillance state, it practically removes all oversight from the process and allows the surveillance system to be easily tailored to pick on purely domestic issues, ranging from illegal online gambling to P2P file sharing. All the Attorney General and the DNI have to do now is say, "Hey, the President authorized this. Here's his signature," and the FISA judge has to essentially sign off on a rubber-stamp for surveillance of potentially dozens--hundreds--of people, all without individual warrants. Because, of course, no sitting President or Attorney General would ever abuse such a system for their own ends. No sir.

This was a battle the Democrats absolutely could have won. They could have stood their ground and fought the new laws every step of the way, and gotten good press, more donations, and the respect of their constitutents. Instead, they knuckled under to protect their corrupt leadership from being hit by lawsuits for their part in the surveillance, and in so doing, granted one of the most corrupt and authoritarian American presidents in our history one of his greatest victories--the unchecked expansion of "Total Information Awareness," a vast data dragnet where your every move is catalogued, cross-referenced, and analyzed for "suspicious behavior." It's the stated aim of current DNI Mike McConnell to not only expand the government's surveillance reach not only to the Internet and databases, but to outsource that surveillance to corporate partners such as AT&T--the same company which is up to its eyeballs in the illegal spying scandal.

Barack Obama's surrender on the FISA fight was a perfect example of giving in when fighting back could have accomplished so much more. Obama surrendered both his base and his convictions (He's a Constitutional law professor, for fuck's sake!) to please the chattering class of so-called "centrist" pundits and weed carriers who demand repeated obeisance to Republican and corporatist aims in order to appear Sensible, Serious, and Respectable. With a word, he could have roused his supporters and activists to fight this thing to the bitter end, and assured his place in history as an avatar of real change. Instead, he folded, and now it's hard to see him as anything more than a typical politician who promises whatever's politically convenient at the time.

It's a dark day. For our country, our history, our values, and our people. We will beat this back, though--make no mistake. There are always new battles to be fought, and we will win. But every time it's going to be a little harder, and every time we should count less on the support of the people who claim to represent us--because this decision has made clear that their interests are no longer our interests. The Constitution just doesn't matter enough anymore.