In the wake of this week's last-minute deal to avoid the so-called fiscal cliff, executives at some of the nation's largest corporations have denounced the compromise, arguing that it does little to solve the nation's long-term debt woes.

"It's a missed opportunity to revive our economy," said Honeywell International chief executive David Cote, one of the leading corporate voices urging a congressional accord, in a statement Wednesday.

"I think it's a joke," said Dick Kovacevich, former chief executive and chairman emeritus of Wells Fargo, in an interview with Reuters.

Yet many of the same executives calling for federal spending cuts and comprehensive tax reform are benefiting from billions of dollars in tax exemptions and carve-outs provided to major corporations. Executives who have banded together in recent months as part of the Campaign to Fix the Debt, a coalition of current and former politicians and business leaders, have at the same time been lobbying to preserve the tax perks their companies have enjoyed for years.

"They're rather hypocritical about their 'shared sacrifice,'" said Robert McIntyre, director of the progressive group Citizens for Tax Justice. "It's shared by anyone but them."

Honeywell's Cote said any real debt proposal needs to include "meaningful entitlement and tax reform." He urged leaders in Congress to "put politics aside and work out a plan that will truly help to expand the U.S. economy over the long term."

Over the past two years, industrial conglomerate Honeywell International has spent more than $14 million lobbying in Washington, including on "international taxation and repatriation."

Many multinational corporations, including those whose executives have come together as part of the Campaign to Fix the Debt, enjoy a benefit that allows them to indefinitely put off paying U.S. taxes on interest income earned overseas. They have lobbied for more than 15 years to preserve the so-called active-financing exemption, and Congress has repeatedly extended it.

This year was no exception. The active-financing exemption was one of the corporate tax benefits included in the fiscal cliff deal earlier this week. The exemption for overseas investment income is estimated to cost more than $11 billion over the next two years, according to the Joint Committee on Taxation.

From 2008 to 2010, Honeywell paid an effective federal tax rate of minus 0.7 percent, according to an analysis from Citizens for Tax Justice and the Institute for Taxation and Economic Policy. A Honeywell spokesman did not respond to questions about corporate tax exemptions.

General Electric, also part of the Fix the Debt coalition, has relied extensively on the overseas investment exemption through the years -- a factor that contributed to its famously low federal tax rate in 2010, the subject of a New York Times investigation. The exemption is important enough that G.E. identifies failure to extend the benefit as a "risk factor" in its annual securities filings. The company told investors that its tax rate would "increase significantly" if the exemption weren't extended by Congress.

A spokesman for G.E., Seth Martin, wrote in an e-mail that the company's tax rate was low in 2010 because of losses in its finance wing during the economic crisis, but that rates have since increased. In the company's most recent annual filing, G.E. said its tax rate was minus 11.6 percent in 2009, 7.3 percent in 2010 and 28.5 percent in 2011. Those rates reflect income taxes paid in all countries, not just the United States.

The chief executives of major banks with international investments, including JPMorgan Chase's Jamie Dimon and Morgan Stanley's James Gorman, publicly pushed for a sensible resolution to the fiscal cliff. In November, Gorman sent an email to employees, urging them to contact members of Congress. "No issue is more critical right now for the U.S. economy, the global financial markets and the financial well-being of our clients," he wrote.

Morgan Stanley and JPMorgan have lobbied for extensions of overseas tax benefits in recent years. Representatives from both banks did not respond to requests for comment on Friday.

Another corporate tax benefit included in the fiscal cliff deal is a provision known as bonus depreciation, which allows companies that invest in costly equipment to account for depreciation expenses much faster than they otherwise could. In other words, companies can deduct more in expenses now, lowering their taxable income.

Congress has extended the provision each year since 2008 in an effort to spur business investment during the economic downturn. Bonus depreciation is expected to cost $35 billion this year, according to the Joint Committee on Taxation, and those costs are predicted to rise significantly if Congress keeps extending the benefit. Yet a Congressional Research Service report from September found that accelerated depreciation is a "relatively ineffective tool for stimulating the economy."

Verizon Wireless Communications, another Fix the Debt member, has spent more than $30 million lobbying over the past two years. The company lists bonus depreciation as a lobbying priority, along with taxation on foreign earnings.

A spokesman for the Campaign to Fix the Debt, Jon Romano, said the group is not making specific recommendations to the White House and Congress on how to structure a long-term deficit reduction plan. He did not say whether coalition members would be willing to give up corporate tax exemptions, but he said the group believes in "reining in spending, raising revenues and real entitlement reform."

"They all understand that no deal is going to be perfect and that people are going to have to make sacrifices," Romano said. "They've all said they're willing to do that. Everybody is going to have to give something up to get a debt deal that's good for the country." 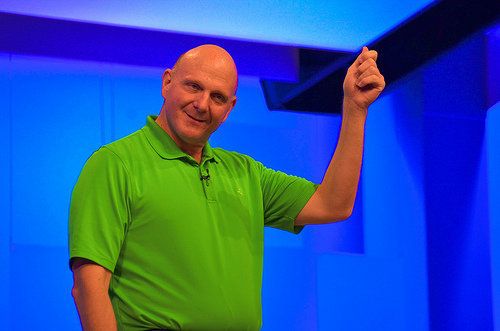