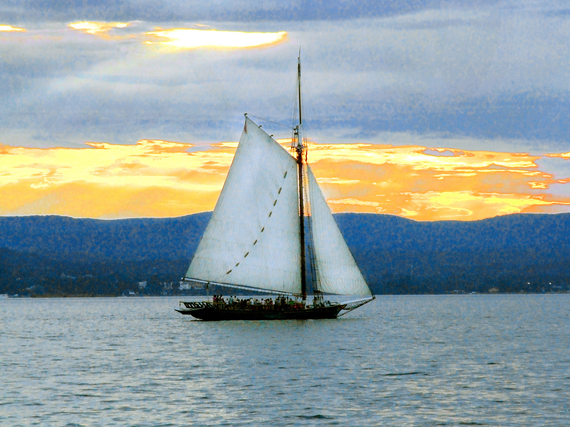 Clearwater, the groundbreaking environmental organization founded by Pete Seeger which spearheaded the drive for the national 1972 Clean Water Act, is in such dire financial straits that it intends to cancel or relocate its famed Hudson River Revival Festival and its historic sloop may not be repaired in time for this year's sailing season.

The Clearwater board of directors will announce today, in advance of their scheduled public meeting in Beacon, New York, their decision on the fate of the annual Revival, which has been held Fathers' Day weekend for more than a decade at Croton Point Park. The board decision, without any input from members, is based on recommendations from Clearwater's Executive Director, Peter Gross, and senior staff.

Of even more long-term significance is the fact that in addition to the festival, Clearwater's board is reconsidering the organization's ongoing involvement in several high-profile issues, including fracking upstate along the Marcellus Shale, the expansion of the Algonquin gas pipelines in the Lower Hudson Valley, and the continued operation of the Indian Point Nuclear power plant some 25 miles north of New York City. Clearwater and Riverkeeper have been the two key non-profit organizations with the financial ability to hire lawyers and experts to challenge the relicensing of the twin reactors. Their efforts, along with the organizational reach of the volunteer Indian Point Safe Energy Coalition, brought the State of New York into the fight on their side. As a result, the relicensing battle, now in its seventh year, is the most expensive and protracted in the nation. And it was a coalition led by Clearwater that pushed the EPA to order the dredging of some 2.65 million cubic yards of muck at the bottom of the Hudson River that was laden with PCBs. 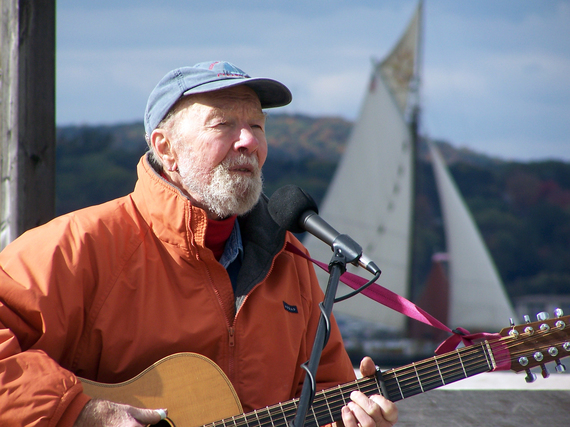 Seeger founded Clearwater at a time when it was an industrial sewer and dedicated the organization to fighting river pollution and restoring it to environmental health. Scaling back that level of involvement is causing friction among members.

Gross' assessment of the financial health of the organization and his views on the 50-year-old festival and the future of Clearwater activism triggered such a bitter dispute among core staff that all 46 volunteer members of the Revival Planning Committee, the Festival Director, the assistant director, the financial director, and the development director resigned en masse at a convention meeting.

This in-house brawl did not become public until this week, when Roy Volpe, who has coordinated the "Activist" area of the festival for more than a decade, sent out an email to former participants explaining the dissidents' view of the dispute. Volpe, who declined to elaborate on his letter, wrote that "the Executive Director, along with the board, has planned a festival in Beacon and is calling it the Great Hudson River Revival. He also told us that we would never go back to Croton again. This is NOT Revival and we think that not going back to Croton is ridiculous and that using the same name for this event turns its back on nearly 50 years of tradition.

"All this is being done with no input from the membership. In addition to this, the Director has voiced his opinion that Clearwater should not spend its time on issues, including Indian Point, fracking, global warming, and the Algonquin Pipeline, all of which Toshi and Pete Seeger opposed..."

Among those surprised that the Festival may be canceled is Croton on Hudson Mayor Dr. Greg Schmidt, who said "it's a great event in our local community. It's like an institution in our back yard that has been here for many, many years."

Schmidt, who did not know of the loss until informed by a reporter, said there is a significant monetary impact on the town since there are more than 1,000 volunteers involved setting up the festival who are spending money on food and supplies in Croton. More importantly, he said, "it is an institution. An event like that doesn't happen all the time, and it creates a community of its own. Residents have been volunteering at the Festival for years."

Gross said in an interview that the ire against him is misplaced. The final decision as to the fate of the Festival rests with the board, which has been discussing the issue and conducting an email vote on Clearwater's future direction. One option is to move the Festival to Beacon, and have a smaller, one-day fest similar to the Strawberry, Pumpkin, and Corn Festivals held there each summer by the Beacon Sloop Club, a Clearwater affiliate.

The problem, said Gross, stems from the unpredictability of relying on a fundraising event that is dependent on the weather. The Festival costs about $900,000 to produce, he said. "Our best year, in terms of profit, was 2014 when the profit was over $200,000," Gross explained. "On an investment of that size, that was OK.

"But last year we had the very serious problem of rain. And the problem was more the forecast early in the week than the actuality that weekend. If people think it is going to rain, then ticket sales fall off pretty rapidly. Last year's profit was about $35,000."