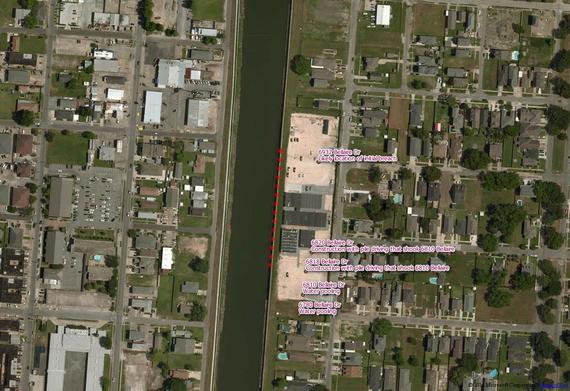 With hurricane season upon us and already a second named storm, residents in New Orleans are asking about the condition of their protective hurricane levees. This is especially true for residents whose yards back up to levees.

After all, it is household knowledge in the Big Easy that just prior to Hurricane Katrina's arrival in 2005, residents living next to the 17th Street Canal (the city's most important outfall canal) had reported water pooling in their yards. Records show that the city tested the water six months prior to Katrina and determined the seepage was coming from the canal.

However, the Army Corps of Engineers - the federal agency responsible for the canal's floodwall - was never alerted. And tragically, the canal wall failed during Katrina flooding the portion of the city with the most people and property.

In light of this, one might assume that better maintenance inspections and better reporting of problems by the Orleans Levee District (OLD) would have resulted in the seepage being brought to the attention of the corps which would have acted on the information. Was the seepage was a red herring or the canary in the coal mine?

Today, it is not contested that the corps' design flaws caused the breach of the 17th Street Canal. Sheet piling were driven to depths far too shallow. At 9:45 on the morning August 29, 2005, a 30-foot levee section, called a monolith, gave way and the remaining monoliths washed away, one by one, by the flowing water creating a 450-foot wide hole (Vol 5, IPET, 7-9).

Monday morning quarterbacks might believe that the seepage just prior to Katrina was a harbinger of bad things to come. But the seepage was about 800 feet away (see map) from the initial breach site, a long distance in terms of geotechnical engineering. The pooling water was most likely due to a very localized condition unrelated to the design flaw. Even had the canal walls been property designed, seepage could still have occurred.

But since the failure of the 17th Street Canal was the worst breach in terms of the damage it inflicted by itself, it is reasonable to leave no stone unturned. So, what if the seepage were indeed a sign of the improper design and had been observed by the OLD and reported to the corps? Would it have mattered?

Any attempt to pass the buck to the OLD for the failure of the 17th Street Canal is founded in an assumption that the corps would have responded by saying "yes, this seepage proves that our entire design is wrong and we're going to rip out the flood walls on both sides and drive new steel sheet pilings down to 50 feet."

The walls were completed in the year 2000 at enormous expense. It is not reasonable to believe the corps would have addressed the seepage problem by replacing miles of floodwalls at breakneck speed. More than likely, after many years of study, the corps would have addressed only the localized seepage. Keep in mind, we are talking about the same corps that could not complete the original system in 40 years, the same system that broke in 50 places.

It is instructive to note that three of the major post mortem studies do not even mention the seepage.

The suggestion that the OLD should have seen evidence of the corps' flawed designs may be rooted in verbal interviews conducted in November of 2005 with the first levee investigators to arrive at ground zero. But, that was too soon and an environment too chaotic for the experts to attain all the data needed to solve such a complex puzzle. Information continued to surface until as late as November of 2014 in an article accepted for publication by the prestigious Water Policy journal.

After Katrina, the corps rewrote the guidelines for levee maintenance for all levee districts in the nation. The fifty five percent of the American people living in counties protected by levees are now safer.

But, the seepage of the 17th Street Canal was very likely a red herring, not the canary in the coal mine. People protected by levees are better served by focusing on the true causes of the flood rather than the imagined ones.

This post was created with input from H.J. Bosworth, Jr., P.E., lead researcher and senior member of Levees.org. The map above was created by Dr. Ezra Boyd.

A version of this post appeared in the New Orleans Advocate on May 31, 2016.