We're terrified of this giant shrimp because we're allergic to oxymorons.

Lucky for us, we don't have to get anywhere near the behemoth, because a fisherman in Fort Pierce, Florida, reeled 'er in, snapped a photo and handed the photo over to the Florida Fish and Wildlife Conservation Commission. 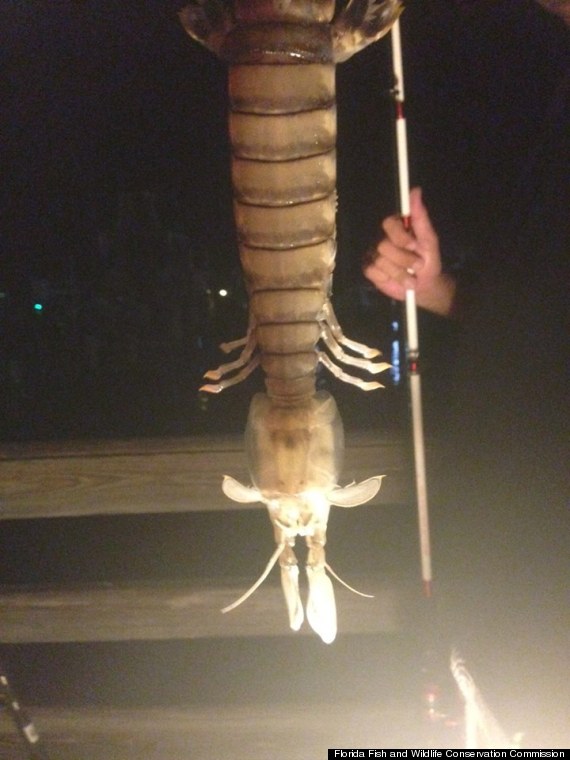 On its Facebook page, the commission reported that the 18-inch crustacean is likely a mantis shrimp, which is neither a shrimp nor a mantis. It's closer to the lobster family.

We're not sure what the fisherman did with the mantis shrimp, but Serious Eats reports that they're delicious if cooked right. If the photo above makes you hungry, we've got tips for eating as many shrimp as possible right here.