On August fish -- sorry, make that August 5th -- anti-GMO activists will be launching a nationwide demonstration with a visual punch. 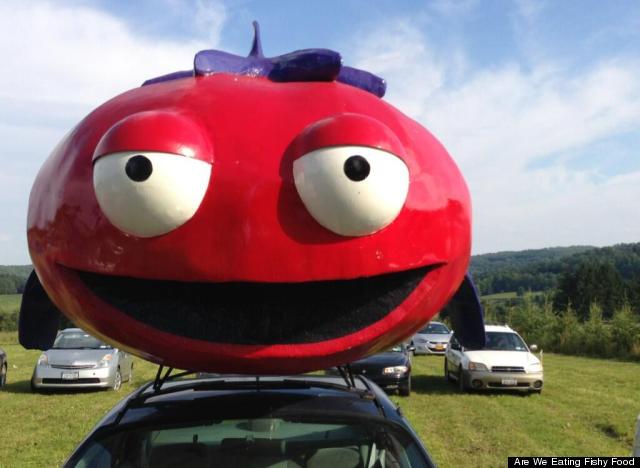 Part of that punch is a car topped by a fish tomato sculpture, nicknamed Fishy Tomato, a reference to the much-vilified DNA Plant Technology hybrid that mixed a tomato with genetic material from the Arctic flounder. (The hope was that this twist would help the tomatoes be more durable, to stay mush-free longer. What they became is iconic to activists who favor restrictions on the production and sale of genetically modified food.)

Eighteen activists in six art cars, including Fishy Tomato (above), each affixed with a fish-mix sculpture -- fish apple, fish soy, fish wheat, and so on -- will travel from D.C. to Seattle's Hempfest, with many stops in between, including one at the Missouri headquarters of Monsanto, a biotech company, for an overnight camping protest. 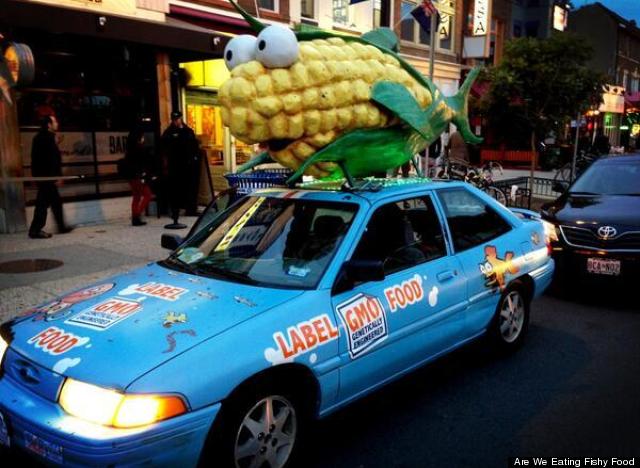 Organizer Adam Eidinger told The Huffington Post that the purpose of the demonstration is to show support for an upcoming Washington state referendum on GMO labeling and to have "at least a million" people see the cars.

"People who will get more interested in GMO issues," said Eidinger.

“The Fishy Food art car fleet’s cross-country swim from Washington, D.C. to Washington state will get people talking about the importance of GMO labeling,” David Bronner, president of Dr. Bronner’s Magic Soaps -- which helped pay for the cars -- said in a media release.

It's still not clear what the results will be -- as much as some support regulation of tomatoes mixed with Arctic flounder genes, there are those who say such activists are anti-science fearmongers.

Either way, it's bound to be a colorful journey -- and one with a lot of pit stops. Eidinger said that the art cars, while making a strong message, only get about 11 miles to the gallon. 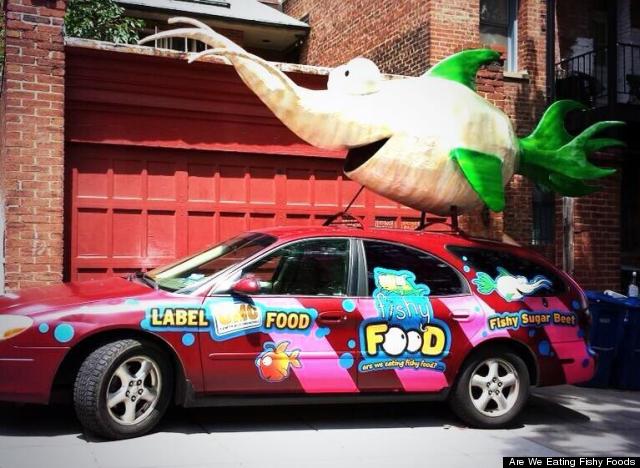