You know how those freeway signs spoke to Steve Martin in "L.A. Story?" Well I'm having a similar relationship with my Fitbit. Fitbits are those little electronic tracking devices that you wear to record your exercise, sleep and -- when synchronized with a mobile app -- your food intake. It's a tech version of keeping a diet log and since I'm always looking for things short of having a heart attack to motivate me to lose weight, I bought one. While I've only had it a month, I've already learned a lot about aging from my Fitbit. Here's what I mean:

You are never too old to make new friends.
On our first morning as a couple, my Fitbit greeted me with a cheery digital message of "Good morning, Annie." I told my husband that only my close friends call me "Annie" and that I wasn't sure my Fitbit and I were actually on such personal terms yet.

On Day 2, my Fitbit began showing signs of excessive morning enthusiasm. "Ready, Annie?" she asked me. (I've decided my Fitbit is a girl.) I don't like excessive morning enthusiasm -- my husband's or my Fitbit's -- but shoved her in my bra anyway. Bras are where this particular version of Fitbit is supposed to be worn, something that my husband thinks is weird, but I think he's still hurt by the Annie thing.

So yes, a month into things, my Fitbit is like my new BFF. I will observe that making friends gets harder as you get older, primarily because you don't encounter the same quantity of people your same age and/or with similar interests as you did in other life stages -- like in college for instance. The office is populated by people of various generations, and in various life stages. Try asking the Mom with three kids under age 10 if she has time to stop for a drink after work and you'll see what I mean.

Me and my Fitbit? She'd like us to go dancing Saturday night and says my husband can come along. It's good exercise you know.

Sometimes those voices you hear in your head actually have worthwhile things to say.
In my case, the voices started the night I had the "L.A. Story" dream. In it, my Fitbit began delivering me messages.

"Why take the elevator when you can walk the two flights of stairs?"

"No, you really don't look like a hamster when you use the treadmill; hamsters are much thinner, Annie." (This last one sounds like the voice of HAL in "2001: A Space Odyssey.")

I deserve to be appreciated and valued at any age.
My Fitbit? Well, let's just say that having someone take such a keen personal interest in my well-being has felt both good and refreshing. I also like that my Fitbit requires very little of me in return for this unconditional interest except maybe remembering to recharge her. (Even the houseplants ask for more.) My Fitbit never loses socks in the dryer, misplaces the car keys, and she has never left for school without her lunch expecting me to drop whatever I'm writing and rush it up there to her.

My Fitbit pays so much attention to me that she even knows how many times I've walked up our steps on any given day. She literally watches my every move and you know what? It all feels good.

As you age, you might notice that you aren't getting enough attention. My Fitbit has reminded me to up the ante on expressing my need for appreciation to those who profess to love me even though they never seen to care how many times I've had to run up and down the steps to fetch them things.

Recharging does us a world of good.
My Fitbit is on-the-go 24/7. She doesn't even rest while I sleep because she is busy checking how my sleep is going. And we all know what happens when we push ourselves too hard, right? I've come to appreciate how sleep -- which becomes more elusive as we age -- is so vital to my focus, joy and function. When I don't get enough rest, I peter out. I lose patience, work sloppily, and forget more things. My Fitbit is like that too. One day, she just sort of collapsed on me -- her little flower icon (which I think measures how much juice she has left in her battery) was just a little seedling. We had a talk, my Fitbit and me.

Now, she takes time off to recharge. I make sure she is not connected to any devices (she and my phone have this syncing thing going on) and she just recharges while I sleep. And when we wake up, we are both raring to go. Or at least she is.

Use it or lose it.
My Fitbit has encouraged me to step things up a bit in the exercise department. She convinced me that the old "use it or lose it" expression is for real. She was talking about herself, though. I only lost her once but it became a big deal in our house. (I had switched into a running bra after work, something I would think she would have understood. But instead when I finally picked her up from the old bra on the floor, she gave me a low step count just because I forgot to take her running with me.)

Peer pressure doesn't go away as you get older.
Not only doesn't it go away, it's moved online. Yes we pretend that we are being supportive of one another in our MyFitnessPal.com conversations, but there is also a message in the unspoken: Cindy just lost three pounds this week and we all send her messages of "congrats" but I am secretly wallowing in the pain of the damage done by that bag of potato chips I wolfed down in the car on the way home from the supermarket.

While my Fitbit would never chide me for walking a measly 3,000 steps a day when I should be doing 10,000, just having her close to my heart has been a motivation. That, and the fact that she has a pretty active social media presence and I've always avoided public humiliation. 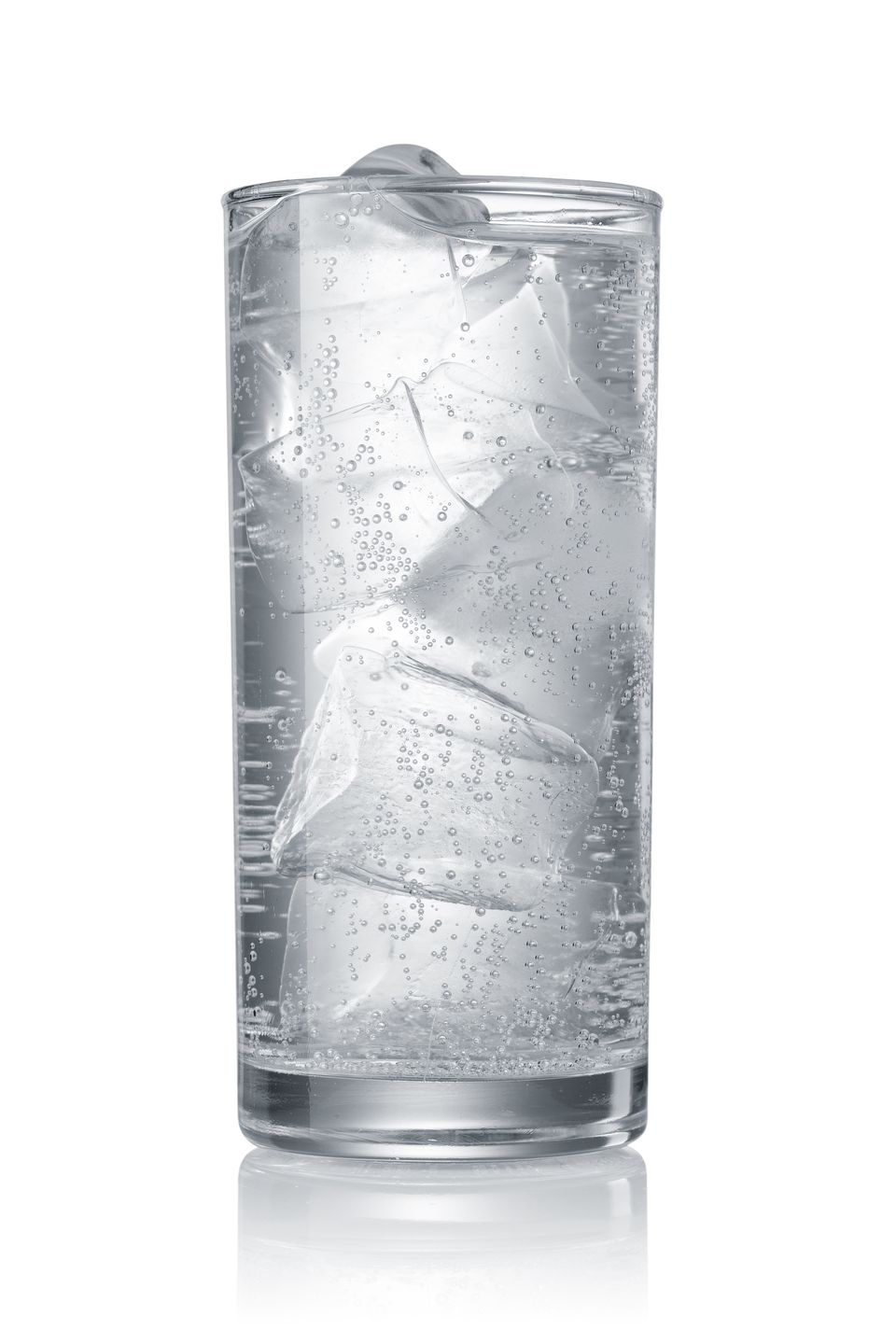 1 / 8
Ice Water
While drinking regular water boosts your metabolism by <a href="http://www.bhg.com/health-family/weight-loss/12-ways-to-boost-your-metabolism/#page=9" target="_blank">helping you feel full</a>, ice water can also help you burn large amounts of calories. It takes work for your body to return back to normal temperature after drinking ice water, which burns calories. One study found that drinking two cups of water increased a person's metabolism by 30 percent for over 30 minutes, according to <a href="http://www.webmd.com/diet/news/20040105/drinking-water-may-speed-weight-loss" target="_blank">WebMD</a>.
Shutterstock