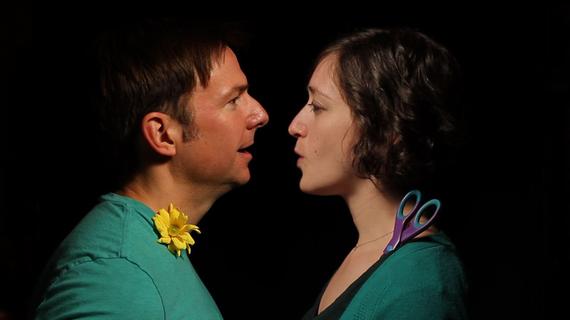 Poets Amaranth Borsuk and Andy Fitch recently released a fantastic collaborative book entitled As We Know. Published by Subito Press and distributed by Small Press Distribution, As We Know is a masterpiece of cross-genre exploration by two artists at the top of their game -- and already well-known for challenging generic boundaries. A two-page excerpt from As We Know also found its way into the inaugural edition of Best American Experimental Writing, where its striking use of the page (its backdrop is a single page from a day planner) and erasure techniques caused it to stand out even among the varied and often visually dramatic experiments of that publication.

Recently I had a chance to chat with the authors about the project and its associated reading tour, so I've included below two videos of the work in performance, an artist's statement released with the book, and bios for both artists. I can't recommend As We Know enough to anyone interested in writing across genres, or sufficiently praise these two literary artists for the courageously innovative work they do on that score.

One note regarding the videos: I'd recommend watching each one twice, once with subtitles off and once with them on (you can turn subtitles on using the "cc" button at the bottom of the YouTube player). Getting both experiences in quick succession only enhances what's already an uncommonly striking visual and aural performance.

As We Know attempts to intervene into the gendered history of editorial intervention as it has played out in the famous cases of figures such as Dorothy Wordsworth and Emily Dickinson.

Rather than eliding tensions around ownership and authorship implicit in much collaborative work, this book foregrounds such tensions by engaging in erasure poetics, which by nature involves the active silencing of an established or canonical text. Yet while erasure often pits a 'subversive' contemporary author against his/her well-known predecessor, Borsuk and Fitch have chosen to reposition erasure at the origins of (rather than in response to) a published work. Here, Borsuk has taken Fitch's private summer diary and reshaped 60 passages (formatted as daily agenda entries) into a poetic confessional that inserts her own voice into the narrative. Struck-through and whited-out text play with and against one another on the page, sometimes appearing to represent a single voice and at other times competing voices. This struggle plays out through a surreal travelogue that progresses from New York, to the speaker's unspecified childhood 'home,' to Berlin.

Embracing Roland Barthes' call for a 'corrected banality,' the resulting manuscript presents the most unmediated-seeming idiom -- the diurnal, journalistic record -- as itself the consequence of both methodical and whimsical extraction. Nonfiction subjectivity emerges as the product of, not just the source for, erasure poetics. As in Barthes' own elided memoirs, the resulting work calls into question exactly who we are and what we know. 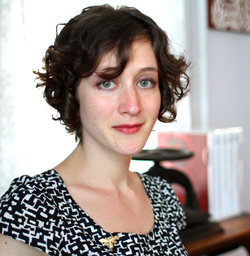 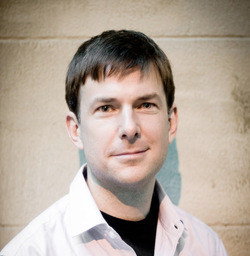 Amaranth Borsuk is the author of Handiwork (Slope Editions, 2012), and, with Brad Bouse, Between Page and Screen (Siglio Press, 2012). Abra, a collaboration with Kate Durbin forthcoming from 1913 Press, recently received an NEA-sponsored Expanded Artists' Books grant from the Center for Book and Paper Arts at Columbia College Chicago and will be issued in 2014 as an artist's book and iPad app created by Ian Hatcher. Amaranth teaches in the MFA in Creative Writing and Poetics at The University of Washington, Bothell.

Andy Fitch is most recently the author of Sixty Morning Walks and Sixty Morning Talks, both published by Ugly Duckling Presse. With Cristiana Baik, he is currently assembling the Letter Machine Book of Interviews. He also has a collaborative book forthcoming from 1913 Press. He edits Essay Press and teaches in the University of Wyoming's MFA program.