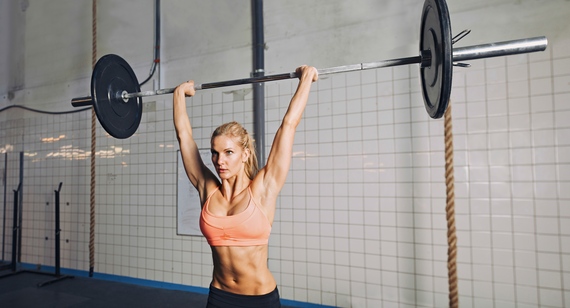 In a world where everyone has a body, and therefore has an opinion on that body, the number of misconceptions surrounding physical fitness is astounding. Despite years of research refuting some of these long-held fitness myths, they continue to be passed around and passed down from gym generation to gym generation in a frighteningly inaccurate oral history of the human body.

These are just a few of the glaringly obvious fitness lies it's insane people still believe.

More: Gym Hacks Personal Trainers Use That Most People Don't Know About

Then why do people keep claiming muscle weighs more than fat? It's because people confuse weight with volume. Muscle is more dense than fat. A pound of muscle takes up less space than a pound of fat, but when do you talk about your fat or muscle in terms of a specific volume?

The easy solution is to stop saying, "Muscle weighs more than fat," and to start saying, "A pound of muscle takes up less space than a pound of fat." Or just avoid the topic altogether. 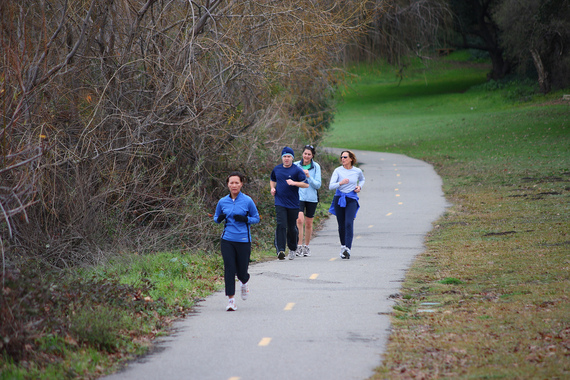 You need to be in the "fat-burning zone" to burn fat
This is just fundamentally untrue.

Your body's energy requirements operate on an upwardly angled line, more or less. As you move from sitting to walking to jogging to sprinting along the x-axis, your body's energy needs increase along the y-axis. Your body has to break down stored fat and carbohydrates (muscle glycogen and blood glucose) to produce this increased demand for energy.

The thing is, your body doesn't break down just one source of fuel or the other -- it's constantly breaking down a ratio of the two. At lower intensities (say, sitting or walking), your body uses a greater ratio of fat to carbohydrate. Hence the name "fat-burning zone."

As exercise intensity increases, the ratio eventually flip-flops and you start burning a higher ratio of carbohydrates to fats. But since your total energy requirement has continued to rise, you actually burn more total calories and total calories from fats than you would during lower-intensity "fat-burning zone" training. So, for example, if you're burning six calories per minute at a 4:2 fat-to-carb ratio during jogging, you're still burning fewer fat calories than you would at a higher-intensity sprint of 11 calories per minute at a 5:6 fat-to-carb ratio.

But you know what else can provide the necessary amino acids? Real food. Like chicken, tuna, eggs, milk, or these vegetarian-friendly sources of protein.

Lifting weights while pregnant will hurt the baby
As long as a woman was lifting weights prior to her pregnancy, and as long as her doctor clears her to exercise, there's no reason she can't continue to train throughout pregnancy. This isn't the Middle Ages, or even the 1950s. Women aren't dainty flowers, and pregnancy isn't an illness.

In fact, women who prioritize exercise throughout pregnancy have easier labors and recoveries than those who don't. So, uh, yeah, lifting weights while pregnant can actually be a really good thing. Stop treating it like it's a capital offense.

To find out what other fitness lies you absolutely shouldn't believe, get the full story at Thrillist.com!

Every Kind of Fitness Nut You'll Inevitably Deal With

Health Mistakes From Your 20s That You'll Pay for Later