Playing on Florida International University's home court in Miami will now be a day at the beach.

The school revealed the winning design of its new basketball floor to The Huffington Post on Thursday -- a baseline-to-baseline shore design that might have players thinking they have sand in their shoes. (Story continues below.) 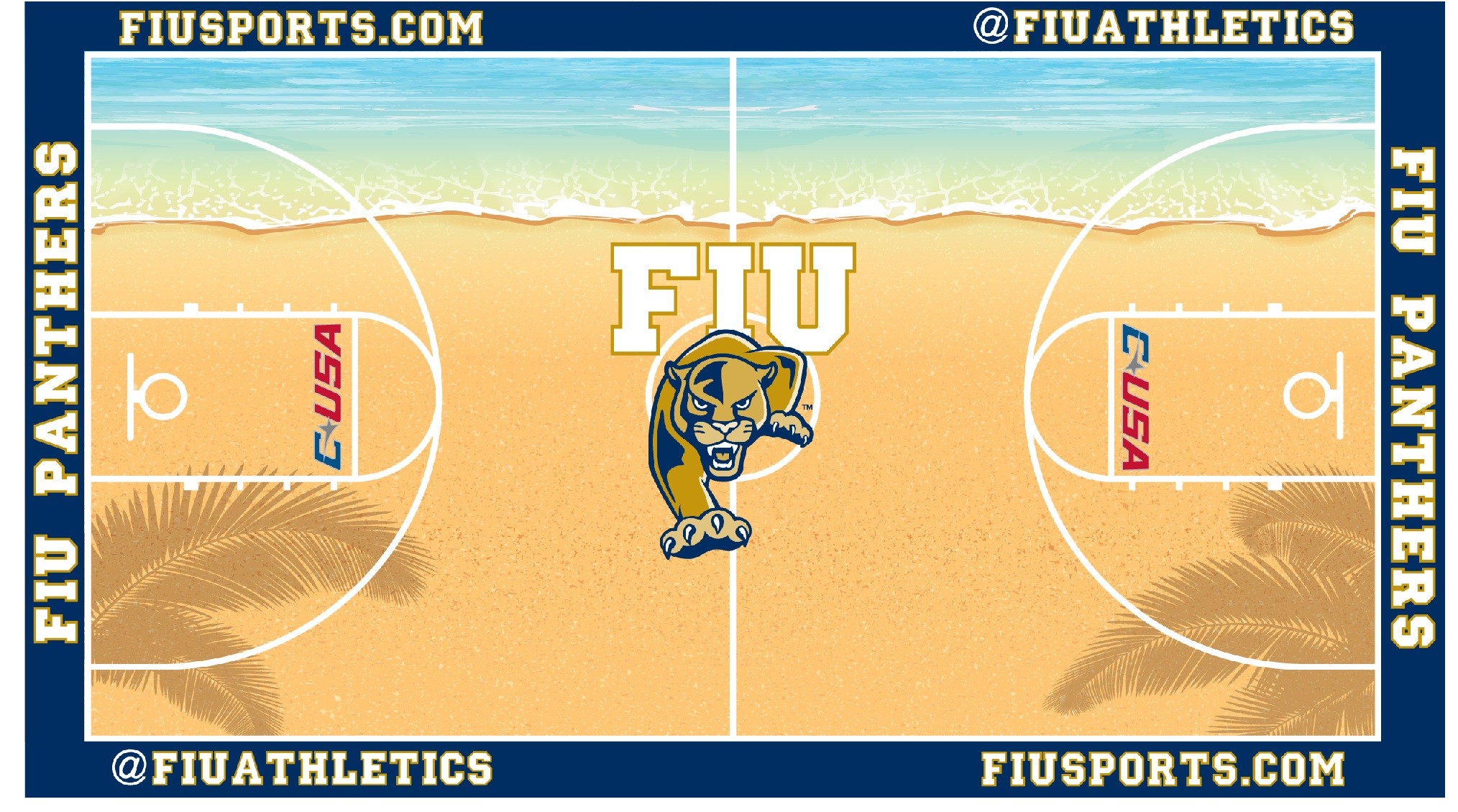 Athletic Director Pete Garcia told HuffPost Thursday that he came up with the idea to attract recruits, provide a homecourt advantage and make money -- the school is getting a sponsor to pay for it. FIU is negotiating with a painting contractor now, and Garcia said the job should be completed for less than $1 million.

Garcia added that the postcard motif reinforces southern Florida's natural assets with a distinctive 94- by 50-foot wood canvas. "I don't know if we're the first ones to have something like this, but I don't know of anyone else who has one," he told HuffPost.

Outlets such as Yahoo! and Deadspin had reported on some of the earlier options tweeted by FIU Coach Richard Pitino (see below). One featured the Miami skyline with FIU's Roary the Panther mascot bursting through, but Pitino requested more sand, less buildings, Garcia said.

The other was a slight variation on the winner, in which Roary still stalks center court against a sand-and-surf background bathed in palm frond shadows.

The court will herald FIU's move from the Sun Belt Conference to Conference USA next season.

As the NCAA Tournament unfolds with the Louisville team coached by Pitino's dad, Rick, seeded No. 1, the younger Pitino managed to grab some attention. No easy feat considering FIU's season ended March 11 with a 2-point loss to Western Kentucky in the conference tournament final.

But no matter how the team does next season, at least FIU will have a shore thing.

Redoing our court in a few weeks. This idea came across my desk. I am intrigued. Retweet if you like it! twitter.com/CoachPitinoFIU…

Huge fan of this latest court proposal. Retweet if you agree! twitter.com/CoachPitinoFIU…

FIU's Beach Basketball Court Will Be College Hoops' Must-Sea (PHOTO)
NCAA Tournament Buzzer Beaters
1 / 19
1992: Duke vs. Kentucky - Elite 8
With just 2.1 seconds left, Duke's Grant Hill heaved a pass down to Christian Laettner, who was all the way at the free throw line. Laettner caught it, stepped back and swished a fade away jumper to beat Kentucky as the Blue Devils advanced to the Final four.