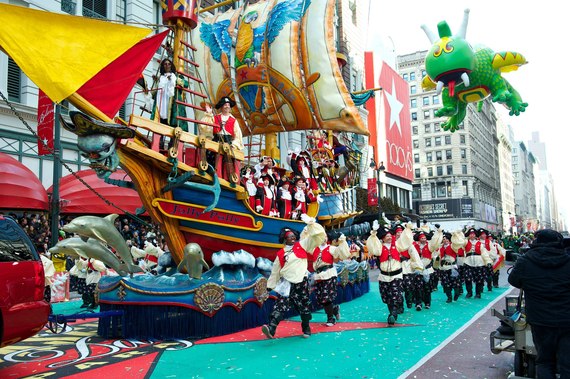 There are a few cities you should consider when traveling in late November for festive Thanksgiving activities. Enjoy the snowy mountain slopes, watch the big city parades or celebrate a traditional, small town holiday with the whole family, and later feast on delicious turkey and stuffing.

At one of these five beautiful winter destinations, your family holiday getaway start off on a high note.

(MORE: 10 Most Beautiful US Towns to Visit in the Fall) 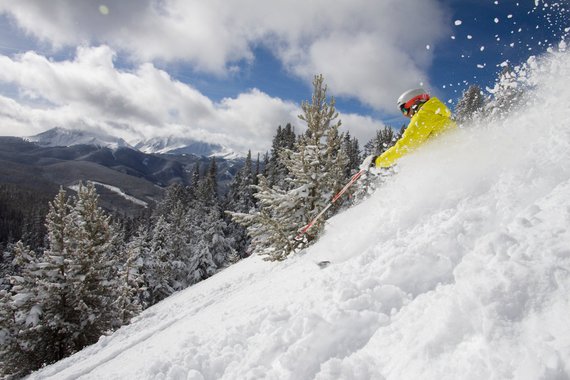 Keystone, Colorado, is known for its first-class ski runs, and what better time to visit this winter wonderland than Thanksgiving weekend? Families will delight in finding the slopes less crowded during the holidays when most people are staying home or visiting relatives. Even if you aren't a world-class skier, Colorado is beautiful this time of year and visiting Keystone will set the stage for an unforgettable winter vacation.

Consider staying at Keystone Resort where visitors can go ice skating on Keystone Lake starting Thanksgiving weekend and little ones will have a blast at Kidtopia Play Park, which hosts daily activities for children starting the day after Thanksgiving. Kids ski free when you stay two or more nights.

New York City knows how to make the most of the Thanksgiving holiday. Join the crowds at the Big Apple for the famous Macy's Thanksgiving Day Parade, a city tradition since 1924. Along with huge balloons and extravagant floats, the parade has live musical acts ranging from marching bands to pop stars. Several kid-friendly attractions are open on Thanksgiving Day, including the Central Park Zoo. If you happen to be in Times Square, take the tiny ones to the Hershey's Store, M&M Store and Madame Tussaud's Wax Museum.

For a stunning view of the Macy's Thanksgiving Day Parade, stay at the Mandarin Oriental New York and watch from your hotel room.

(MORE: 10 Warm Destinations to Spend Christmas with the Family) 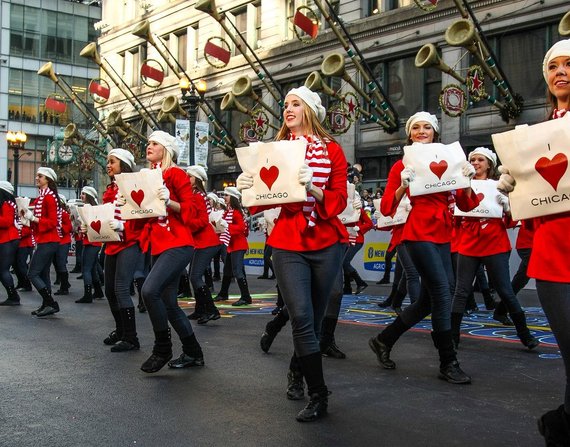 Chicago's McDonald's Thanksgiving Parade is not as well-known as the Macy's Day Parade, but it has many of the same wow factors like giant balloons, exciting floats, musical entertainment and lots of holiday cheer. The city opens its ZooLights holiday light display at the Lincoln Park Zoo and the Wonderland Express Exhibit at the Chicago Botanical Gardens the following day, so families can keep the festivities going all weekend long!

The family-friendly Hotel Palomar has a Kimpton Kids program that includes special gifts for little ones and helpful amenities like cribs, high chairs and booster seats. 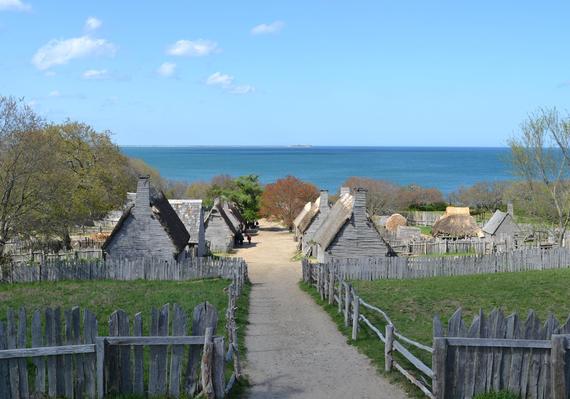 Relive the famous Thanksgiving story in Plymouth, MA, the site of the original colony settled by the Pilgrims who traveled aboard the Mayflower. Visit the Plimoth Plantation and discover a 'living museum' filled with English colonists and natives living the way they would have in the 17th century. Kids are welcome to ask the actors questions about their daily lives for an unforgettable educational experience. The Plantation also houses a replica of the Mayflower vessel, and offers a 1627 Harvest Dinner with the Pilgrims where families can sit down to a historical reenactment of the first Thanksgiving meal shared between the Pilgrims and natives.

The John Carver Inn & Spa is a good choice for lodgings in the area. Kids will especially love the Pilgrim Cove Indoor Theme Pool that has an 80 foot water slide.

(MORE: Let These Children's Books Inspire Your Next Family Vacation)

Spending one of the biggest national holidays at the nation's capital has plenty of perks. Families can catch the Annual Holiday Parade at 11am or check out one of the live musical shows the city will be hosting over the holiday weekend. You can even go ice skating at the National Gallery of Art Sculpture Garden Ice Rink at the National Mall, home to most of the city's most famous historical monuments.

Stay at the Four Seasons Washington D.C. where the hotel concierge can offer advice about local sites and activities happening over the weekend.

Jordan Estrada contributed this to MiniTime. He is a freelance travel writer from Southern California who spends him time gardening, studying music and performing with his band.

More from MiniTime:
Luxurious Spas with the Best Family-Friendly Services
Is It Cruel to "Swim with the Dolphins"?
Lisbon with Kids: A Historic Tour of the City
Most Amazing Family-Friendly Pools in the Caribbean