There is no city in the nation that's growing faster than the population of 70 million Americans with criminal records. As one of them, former real estate developer R.L. Pelshaw is determined to turn this costly societal burden into an opportunity.

"With criminal records it's difficult for many ex-offenders to get jobs making a livable wage," Pelshaw said. "Showing (ex) criminals how to be successful in legal businesses is far better then returning to crime, and will change the destiny of millions of people."

For employers, there exists a real opportunity to disrupt the continuous cycle of quarantining humans. And for the sake of society at large, sustainable employment may not only represent our best opportunity to significantly disrupt recidivism and the growing population of Americans with criminal records, it may be our only option.

Consider the costs. Between 1973 and 2009, the nation's prison population grew by 705 percent. Over the past two decades costs of incarceration have skyrocketed more than 305 percent, according to a 2011 Pew study. States now spend more than $52B out of their budgets (second only to Medicaid), for incarceration. And the economic impact inherent in the process of policing and locking up those who perpetrate crimes in our communities is compounded by the economic impact of high recidivism rates of 84 percent for males, age 24 years and younger. This revolving door is fueled by a pipeline that has grown exponentially over the past several decades to the point where the United States incarcerates more of its population than any nation in the world. 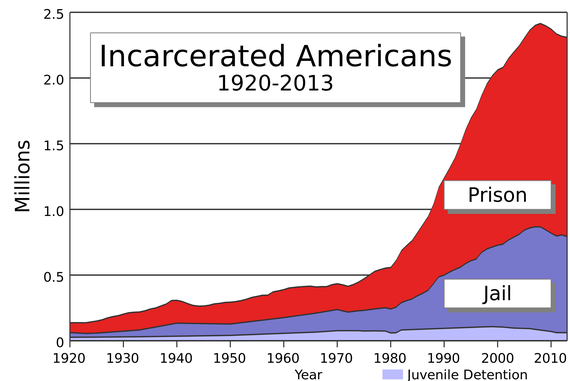 America's employers must take note of what happens to released inmates when they re-enter society, often after years of being quarantined, and with little hope of finding employment that funds a new path to productive citizenship. In 2012, more than 630,000 inmates were released into targeted communities across America. According to the latest study by the Bureau of Justice, three of every four released prisoners were re-arrested within the five-year life of the study. An extraordinarily high percentage (89 percent) of ex-felons re-arrested were unemployed.

Pelshaw is determined to change that. He launched and self-funded a campaign called, The National Hire Ex-Felons Campaign, designed to inform employers of the benefits of tapping into this 70-million-strong workforce.

Of course, there are plenty of unemployed people who do not commit crimes. The suggestion is not that employment alone is a panacea for this national problem. But, there is no other immediate option to developing sustainable financial stability for ex-felons. The longer that former inmates remain unemployed following release, the greater the risk they will seek income through alternative means. Their fate impacts the fate of families, communities and ultimately society at large.

Employment is one of the tools we have to address this growing problem. Those who pay their debt to society and emerge from prison with a new perspective and lease on life deserve an opportunity to earn a living. They represent a class of prospective employees unlike any other. But, why should employers assume the risk of hiring ex-felons? You may be surprised by these five fact-based, bottom line reasons.

"We've had three (subsidies) that amount to several hundreds of thousands of dollars to bear down on training our employees," said Mike Hannigan, CEO of Give Something Back. "It's amazing to me how many resources are available to a company."

Employers who hire felons can also be eligible to obtain a free fidelity bond funded by the federal government to protect them against employee dishonesty or theft. More importantly, credible studies clearly indicate that ex-felons out of prison seven years or more have no higher rate of committing a crime than non-felons. A 2009 University of Maryland study found that people with a criminal record are at no greater criminal risk after they've been out seven to 10 years than those with no record.

"People who break the law need to be held accountable and pay their debt to society," said Adam Gelb, director of the Pew Center on the States' Public Safety Performance Project. "At the same time, the collateral costs of locking up 2.3 million people are piling higher and higher."

According to VERA institute of Justice, the U.S. spends nearly40 billion a year to house inmates. The average cost per state to house one inmate is31,286 per year. But if that one felon gets a job instead of returning to prison, he or she now contributes to the economy by more than $10,000 a year, according to a Baylor University study.

And the criminal market isn't just isolated to minority populations. Across the nation, 40 percent of young men (regardless of race) will have a police-record encounter before the age of 23. Of those incarcerated, 84 percent will return to prison. It's a continuous criminal market cycle that costs taxpayers more than $52 billion a year and threatens the stability of families and communities, in particular those already suffering from economic distress. Employing an ex-felon can disrupt the cycle of this criminal market and provides an opportunity to restore stability to families through a solid financial footing.

"To fight the vicious circle of crime and recidivism we need to create ways offenders, ex-offenders, those at risk to offend, and those living off crime (but not yet caught) can make money legitimately," said Pelshaw, who is also the author of Illegal to Legal: Business Success for (ex) Criminals.

With more than 630,000 inmates released into neighborhoods across America every year, the community of ex-felons released each year is larger than the population of many major cities. Employers are already discovering the challenges of finding good employees without criminal records. Perhaps it's time employers considered the benefits of hiring good employees who happen to be ex-felons.