"A joke is a very serious thing," Winston Churchill once said. And this legendary politician had it right: Comedy is one influential tool, often a telling indicator of the undercurrent of a common view point.

A joke can be a harmless way of self depreciation--or a lesson taught with precision. It can also be a powerful weapon. All of the five comics below arguably give a negative jab to the green movement--but does that makes them less green?

These comics also indirectly warn us about the bandwagon, the clan of uncommitted green hopefuls that planted a tree or two or bought a shiny green product on the rack...and continued to fly private jets to the Amazon deforestation party.

The fact is, for any kind of positive global environmental change, we need a watchdog. And, frankly, the pro environment comics we came across are just not all that funny.

The five comic writers below give us a nice kick in the pants. 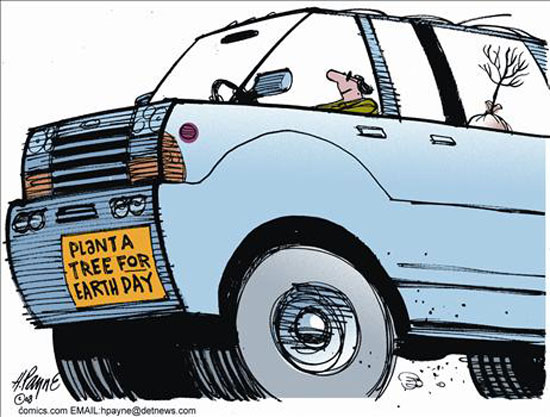 comic via Blog at Word Press

2. The Less Toilet Paper is Not the Best Green Decision to Make Comic 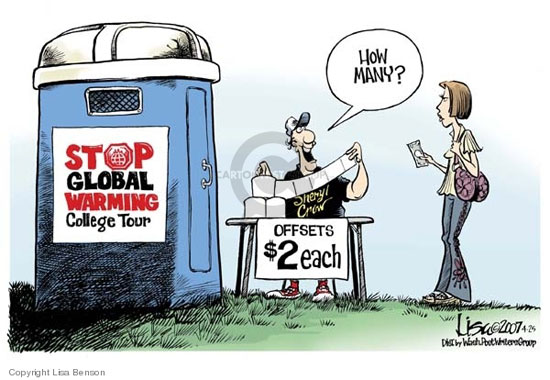 3. The "Green" Celebrity Who Flies a Private Plane Comic 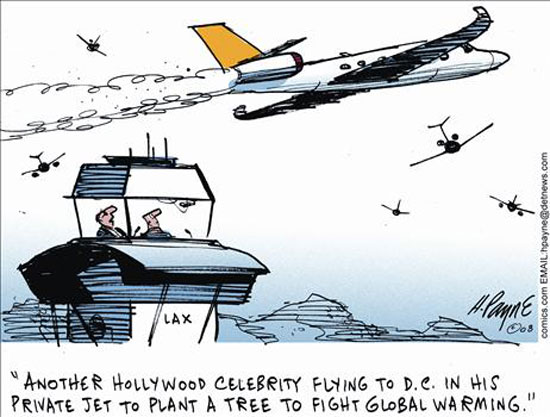 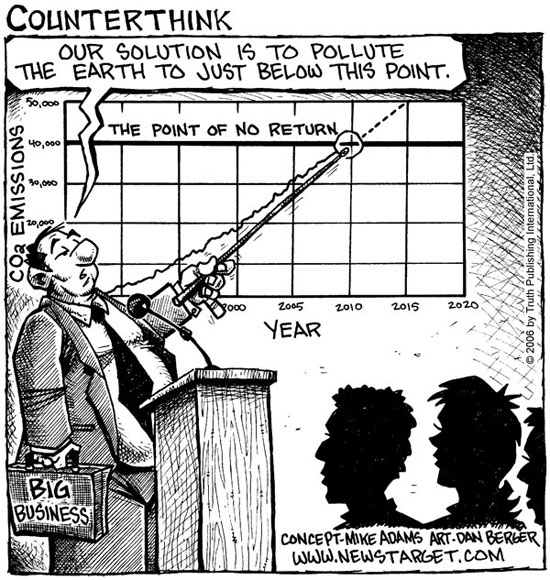 More From Mairi Beautyman on Huffington Post
Six Ways to Cut down on Waste During the Holidays (and Avoid the Ugly Sweater)
Obama, Bring on the Green White House
Five Ways to Green Your Yoga Workout
More Loving for American Expats, Plus Six Green Reasons to Vote Barack Obama
Four Ways for a Stylish and Tasty Green Dinner Party
From the Olympics to Sears, Wearing Recycled Bottles Goes Mainstream
Clothing Made from Milk and Bottles Made of Paper? The Eco Design Revolution
Terrorists or Heroes? Sea Shepherd Fights for Marine Life
Does Terrorism Make us Travel Greener?