Whether or not humans have psychic powers or not has long been a hotly debated topic. Whatever your own beliefs are on this matter, it's hard to deny that there haven't been some pretty impressive predictions over the years. While skeptics may put it down to chance or informed guesswork, believers insist that these predictions are proof of the higher brain power that many humans apparently possess.

Most of us know about Nostradamus, but what other predictions have become eerily accurate as the years unfold? Whether they were intentional or accidental predictions, have a look at some of the most compelling prophecies of all time and see if it's enough to make you a believer... 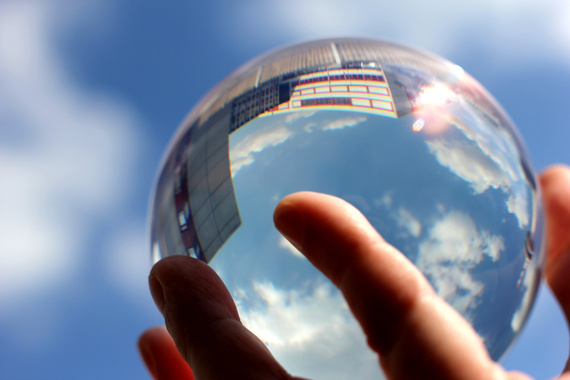 The Predictions of the Sleeping Prophet

After Nostradamus, Edgar Cayce is arguably the next most celebrated psychic and for good reason. Nicknamed the 'Sleeping Prophet' due to the meditative state he would put himself into in order to make his predictions, Cayce is credited with foreseeing the start and end of both World Wars, the Great Depression, the deaths of Presidents Kennedy and Roosevelt, the shifting of the Earth's poles and the rise of Hitler -- to name just a few.

His most famous prediction is perhaps the Great Wall Street Crash:

"... adverse forces that will come in 1929... unless another of the more STABLE banking conditions come to the relief, a great disturbance in financial circles...we may expect a considerable break and bear market..."

It wasn't just world events that Cayce was able to predict. In a reading from 1927 Cayce forecast future medical advancements that would make an accurate diagnosis from a single drop of blood a reality -- and this was a time when even the notion of blood as a diagnostic tool would have seemed like science fiction. Cayce's predictions didn't just involve other people -- he also correctly predicted his own death, foreseeing on January 1, 1945 that he would be buried within four days. He died two days later of a stroke.

The Predictions of Mark Twain

The name Mark Twain is familiar to most but in the context of celebrated American author; lesser known are Twain's apparent psychic abilities. Like Edward Cayce, Twain also predicted his own death. Born in 1835 when Halley's Comet was visible, Twain foresaw that he would also die during a time when Halley's Comet was visible. Accurately, Twain died on cue -- in 1910, when the comet was once again visible in the night sky.

Unfortunately for Twain, his psychic abilities seemed to centre on death; he foresaw his brother's death in a vivid dream where he envisioned him lying in a coffin between two chairs in his sister's living room. The dream was so realistic Twain was unsettled for a long time after her awoke. A few weeks later Twain's brother was suddenly killed, and when Twain entered his sister's house he saw the exact same vision from his dream: his brother laid out to rest in his coffin between the two chairs, even with the exact same flower arrangement placed on his chest.

The Predictions of Nikola Tesla

The famed Serbian American inventor Nikola Tesla predicted personal wireless devices -- in 1909. "It will soon be possible to transmit wireless messages all over the world so simply that any individual can own and operate his own apparatus."

Though far beyond imagination at that time, Tesla predicted that this wireless device would be hand-held, straightforward to use and that one day it would be possible to send wireless messages all over the world. In addition, "the household's daily newspaper will be printed wirelessly in the home during the night." Sound familiar? 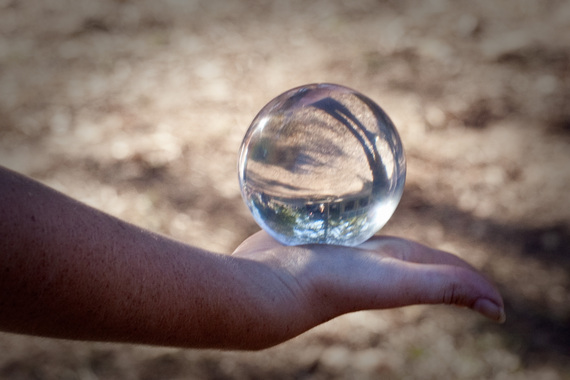 Tesla was also able to accurately predict the nature of humanity as well as technology. Believing that "the solution of our problems does not lie in destroying but in mastering the machine," Tesla foresaw a world where science, not power and conflict, became the top priority for humankind:

"Today the most civilized countries of the world spend a maximum of their income on war and a minimum on education. The twenty-first century will reverse this order. It will be more glorious to fight against ignorance than to die on the field of battle. The discovery of a new scientific truth will be more important than the squabbles of diplomats."

The Predictions of George Orwell's 1984

Initially George Orwell's dystopian science-fiction novel 1984 seemed exactly that - science fiction. But fast forward to the 21st Century and things begin to look a bit spookier. Orwell's vision of a humanity kept under constant surveillance by Big Brother is something that is, unfortunately, familiar to most of us. In 1948, when Orwell wrote 1984, television technology was in its infancy and cameras were big and cumbersome; just the idea of closed circuit surveillance cameras was entirely removed from reality.

But it wasn't just CCTV that Orwell predicted with eerie accuracy -- like Tesla before him, Orwell was apparently a bit of a wizard at predicting the technology of the future. Orwell writes about "telescreens [that] received and transmitted simultaneously" -- in 2014, how uncannily similar this is to the handheld "telescreens" we carry with us everywhere we go and almost never turn off.

Orwell's genius is not reserved for technological predictions though, as he also correctly predicted future advancements in aesthetics. In 1984, surgeons were able to "alter people beyond recognition" and literally modify a person's appearance entirely. This was just a dream in the 1940s - the first face transplant didn't occur until 2005 - but in today's world, drastic changes in one's appearance are often seen as the norm.

The Prediction of the Periodic Table

In 1863, only 60 of the 118 elements were known -- and yet Dmitri Mendeleev, a Russian chemist, somehow designed a periodic table that foretold the weights and properties of the undiscovered elements perfectly. Is this an example of psychic powers being used to advance the knowledge of the world? Well, maybe... but in this case it's more likely that Mendeleev was an exceptional scientist and used his knowledge and some guesswork to make these scarily accurate predictions.

By establishing the atomic weight and properties of elements, Mendeleev began to see patterns in the table. He then observed the spaces and predicted which elements could, and would fill, them. Among many of these projected elements is germanium, which wasn't discovered until 23 years later; Mendeleev even named the element "ekasilicon."

Selene Nelson is a freelance writer and blogger currently traveling the world. She writes mainly about lifestyle, food and travel and can be found at www.selenenelson.co.uk