My mother, my children's Bubbe, and my grandma Rose's daughter, was a New York City marathoner. In the 1970s and early 1980s, when running distances like that (26.2 miles) was considered unhealthy, unwise and kind of crazy. She loved running, and ran for the joy of it, not because of any "shoulds" and definitely not to impress anyone else. Even as a full time mom with a career, she started running and practicing yoga at 40, when running and yoga were not at all cool. Scuba diving? Since she was afraid of the water, she tackled that next and reveled in the vision of the ocean's deep secrets. My mother took up scuba diving despite a strong fear of the water -- her curiosity was stronger than her fear. My active mom also went back to school and had her third career, helping the mentally ill, with all the energy, enthusiasm and dedication that was always present wherever she went.

My grandmother and my mother fed me in very different ways. Yet they were intricately related. Neither of them ever tolerated bullying. My grandmother was very involved in her senior community center, even with consistently working at least one full time job to help support her family. My grandfather, who was often not well behaved, was frequently threatened by my grandmother, and when he was? He settled down. She was little, but she was mighty.

The curiosity was always stronger than the fear.

That's what I learned from my mom. 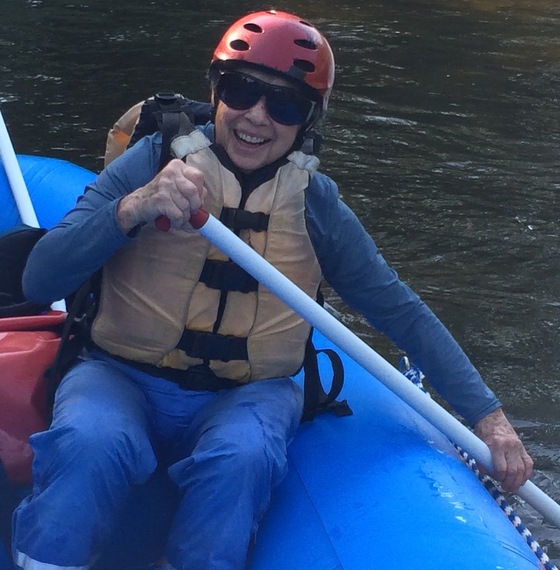 She was a mother to me, and to my two sisters, Shari and Laura. Shari, my oldest sister, had challenges all of her life -- my mother was not only her advocate, she was her champion and her best friend. I learned what I know about being a mother from her about how to spread around as much love as she had and if she feared from time to time that it was not enough? She brought in back up -- Grandma Rose. I'm lucky to have similar back up for my children, from their Bubbe, my mother, the many times that extra love has been needed.

I also learned what I know about being a grandmother from her. She is my role model. My mother supported my new mommy efforts -- if she felt critical about my choices and decisions, she kept those thoughts to herself. I remember praise being heaped down upon me and I felt invincible as a new mom. Exhausted, but invincible. Those are my memories as a young mama -- that my mother approved and that I was doing everything right. She was my one of my biggest champions, even when I could barely see straight and might have been less than pleasant. I think that her supporting me came naturally to her and that her admiration was genuine.

What will be my legacy as a Oma, the name that I've chosen to be called by my granddaughter? That remains to be seen. What I do know is that I come from a long lineage of strong, vibrant, fully alive women. Big shoes to fill and I'm up to the job -- that confidence comes from becoming more mature. I feel the genuine and appreciated gift of aging. How grateful I am for having these years and having the honor of living the long life I have so far.

My granddaughter will know my passions, just as I knew my grandma's. Just as my daughters know their Bubbe's. We have a lot of history. There's love. There's laughter. There's utter silliness. There's food. And there's exhilarating physical experiences. Family unity. Explorations. Togetherness and respect for being separate beings.

For my mother's 80th birthday, my daughters' Bubbe, my grandma's daughter, we went white water rafting. Me, the mother, the daughter and the Oma, I went too. 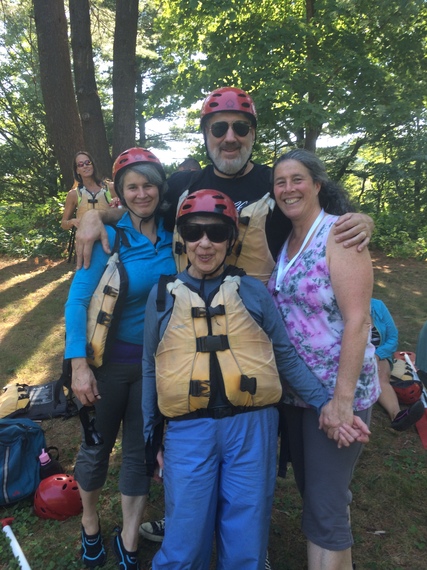